Food's chemical energy is the primary energy source for all living beings.

Autotrophs (producers) generate their energy, resulting in organic molecules that heterotrophs use as fuel (consumers). So, let’s know more about the process of energy flow in this article.

Food's chemical energy is the primary energy source for all living beings. This energy is sent down the food chain to various trophic levels. Two separate thermodynamic laws govern this energy flow:

Organisms use energy to maintain organization, grow, and reproduce:

Organisms use different strategies to regulate body temperature and metabolism.

There is a relationship between metabolic rate per unit body mass and the size of multicellular organisms—generally, the smaller the organism, the higher the metabolic rate.

One of the primary variables that support the survival of such a large number of creatures is the energy flow in the ecosystem.

In the ecosystem, there are three main types of food chains, namely —

We usually study food webs in nature since there are many omnivorous creatures. As a result, they inhabit a variety of trophic levels. 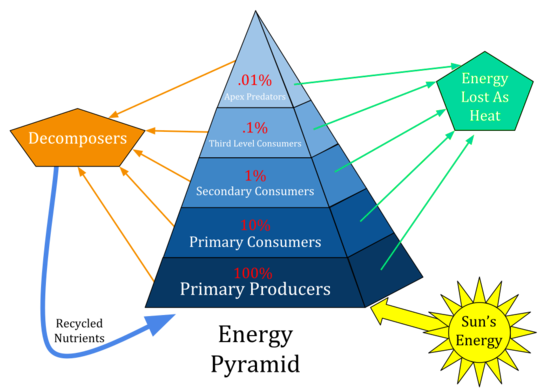 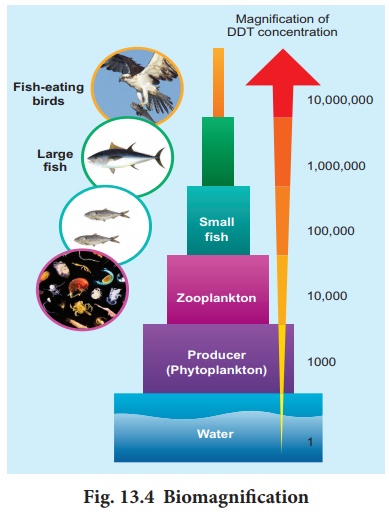 1. What does the energy flow through an ecosystem depend on?

For species and the ecosystems in which they live, the Sun is the primary source of energy. Sunlight energy is used by producers such as plants, algae, and cyanobacteria to create organic matter.

2. Why is energy flow in an ecosystem not efficient?

The second law explains why no energy transmission can ever be 100% efficient. Because ecological efficiency is so poor, each trophic level may take energy from a smaller and less energy source. This is why trophic levels in food webs are limited to four to five.

3. Why is energy flow in the ecosystem important?

The ecosystem's energy flow is critical for maintaining ecological equilibrium. Photosynthesis is used by the producers to create food. Plants store a portion of the energy they generate. The primary consumers(herbivores) use the leftover energy for their growth and development.

4. In what direction does energy flow in ecosystems?

We hope you enjoyed studying this lesson and learned something cool about Energy Flow Through Ecosystems! Join our Discord community to get any questions you may have answered and to engage with other students just like you! Don't forget to download our App and check out our awesome VR room for this guide - we promise, it makes studying much more fun 😎