Population ecology studies the density, distribution, size, sex ration, and age structure of populations. It is the branch of biology that deals with the number of individuals of a particular species that are found in an area and how and why those numbers change ove time.

Populations have certain properties, such as birth rates and death rates, that individual organisms lack. Population density is the number of individuals of a species per unit of area or volume at a given time. Understanding this topic can help answer questions like how the changes in free energy available to organisms result in changes to population size and disruptions to an ecosystem or how biological systems from cells to organisms to populations, communities, and ecosystems affected by complex biotic and abiotic interactions involving exchange of matter and free energy?

1. Explain how density, dispersion, and demographics describe a population.

2. What are the differences between exponential and logistic models of population growth? 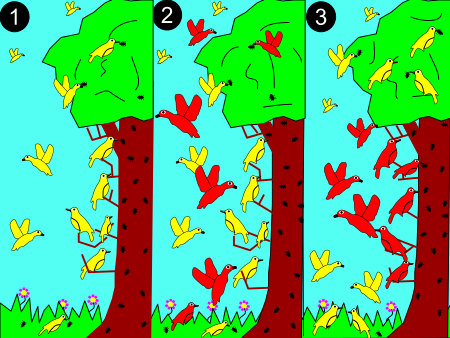 4. Explain how changes in matter or energy can change the population and community.

1. Explain the difference between a fundamental niche and a realized niche.

2. Explain the idea of competition between different species and members of the same species.

3. Be able to explain the role of competitive exclusion in interspecific competition.

4. Know the different possible types of relationships between species in an ecosystem.

5. Identify and explain the role of keystone species in an ecosystem and on community structure.

6. Explain the difference between primary and secondary succession.

1. What is population ecology?

It is the branch of biology that deals with the number of individuals of a particular species that are found in an area and how and why those numbers change ove time.

2. Why is ecology studied at the population level or higher?

Populations have certain properties, such as birth rates and death rates, that individual organisms lack.

3. What is lambda in population ecology?

4. What is population dynamics ecology?

Population dynamics is the portion of ecology that deals with change of populations of a species over time.

6. In the study of ecology, what is a population?

In ecology, population refers to all the members of a particular species that live together in the same area at the same time.

We hope you enjoyed studying this lesson and learned something cool about Population Ecology! Join our Discord community to get any questions you may have answered and to engage with other students just like you! Don't forget to download our App to experience our fun VR classrooms - we promise, it makes studying much more fun 😎