The process of replicating a double-stranded DNA molecule into two identical DNA molecules is known as DNA replication.

Replicating a double-stranded DNA molecule into two identical DNA molecules is known as DNA replication. Because every time a cell splits, the two new daughter cells must have the same genetic information, or DNA, as the parent cell, replication is required.

Each strand of DNA may serve as a template for duplication, which is how the replication process works. The DNA double helix is unraveled at origins, where replication begins. After then, a short RNA piece called a primer is generated, which serves as a starting point for fresh DNA synthesis. The DNA is then replicated by an enzyme called DNA polymerase, which matches bases to the original strand. When the synthesis is complete, the RNA primers are replaced with DNA, and any gaps between freshly produced DNA segments are filled with enzymes.

Because DNA replication is an important operation, the cell proofreads the freshly manufactured DNA to verify that no errors or mutations are added. Once a cell's DNA has been copied, it can split into two cells, each with an exact copy of the original DNA.

Each strand of the DNA double helix serves as a template for the synthesis of a new, complementary strand, making DNA replication semiconservative.

This process transforms a single beginning molecule into two "daughter" molecules, each with one new and one old strand. 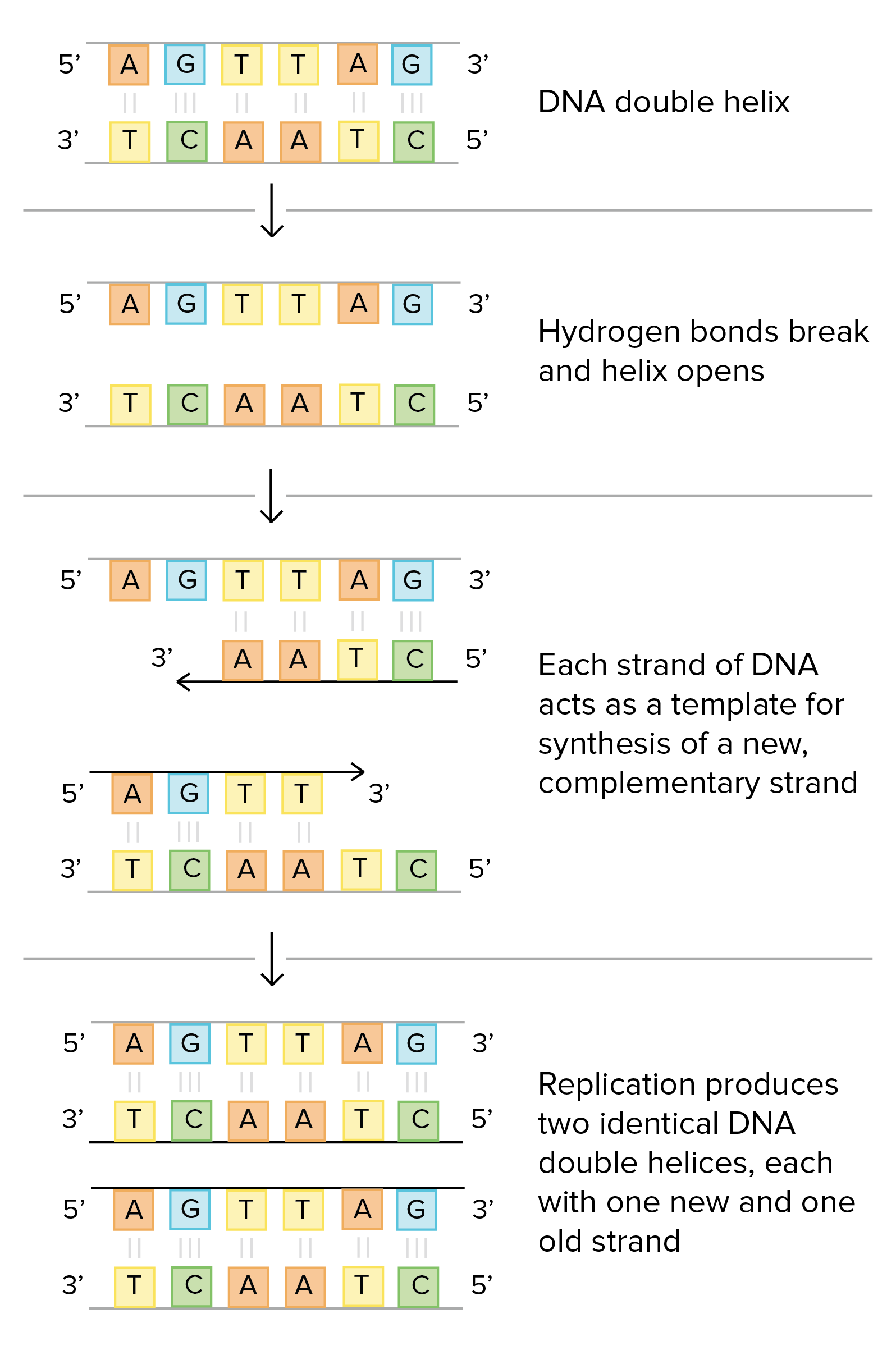 Schematic of Watson and Crick's basic model of DNA replication

In a way, that's all when it comes to the DNA replication process. The way this process is carried out in a cell, though, is what's most fascinating about it.

Cells must duplicate their DNA swiftly and with little mistakes (or risk problems such as cancer). To accomplish so, they employ several enzymes and proteins that collaborate to ensure that DNA replication is carried out smoothly and precisely. 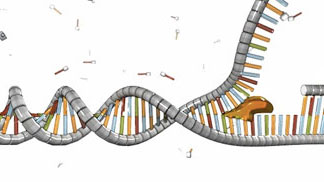 There are two steps to starting DNA replication. A protein known as an initiator unwinds a small length of the DNA double helix first. The helicase protein then binds to and breaks the hydrogen bonds between the bases on the DNA strands, pushing the two strands apart. The helicase continues to break hydrogen bonds as it proceeds along the DNA molecule, separating the two polynucleotide chains. 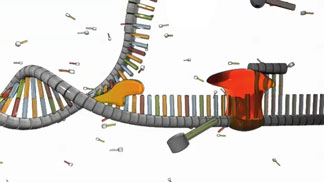 While helicase and the initiator protein (not shown) separate the two polynucleotide chains, primase (red) assembles a primer. This primer permits the next step in the replication process.

Following are the important steps involved in DNA replication:

DNA replication necessitates extreme precision since even little errors might result in mutations. As a result, replication cannot begin at any position in DNA at random.

An area known as the origin of replication is required for the process to begin. This is where the replication process begins. The spotting of this origin precedes the unwinding of the two DNA strands, which is the first step in replication.

Due to the enormous energy input, unzipping DNA strands in their whole is not possible. As a result, the helicase enzyme catalyzes the formation of a replication fork, which unzips the DNA strand.

The DNA polymerase enzymes begin synthesizing the strands' corresponding sequence when the strands are separated. The parental strands will serve as a template for the daughter strand synthesis.

It's worth noting that elongation is unidirectional, meaning DNA is only polymerized in one direction: 5′ to 3′. This strand is called the leading strand. As a result, replication is continuous on one strand (the template 5′ to 3′), but replication is discontinuous on the other (the template 3' to 5'). They appear in the form of Okazaki pieces and are called the lagging strand. Later, the enzyme DNA ligase connects these Okazaki fragments. 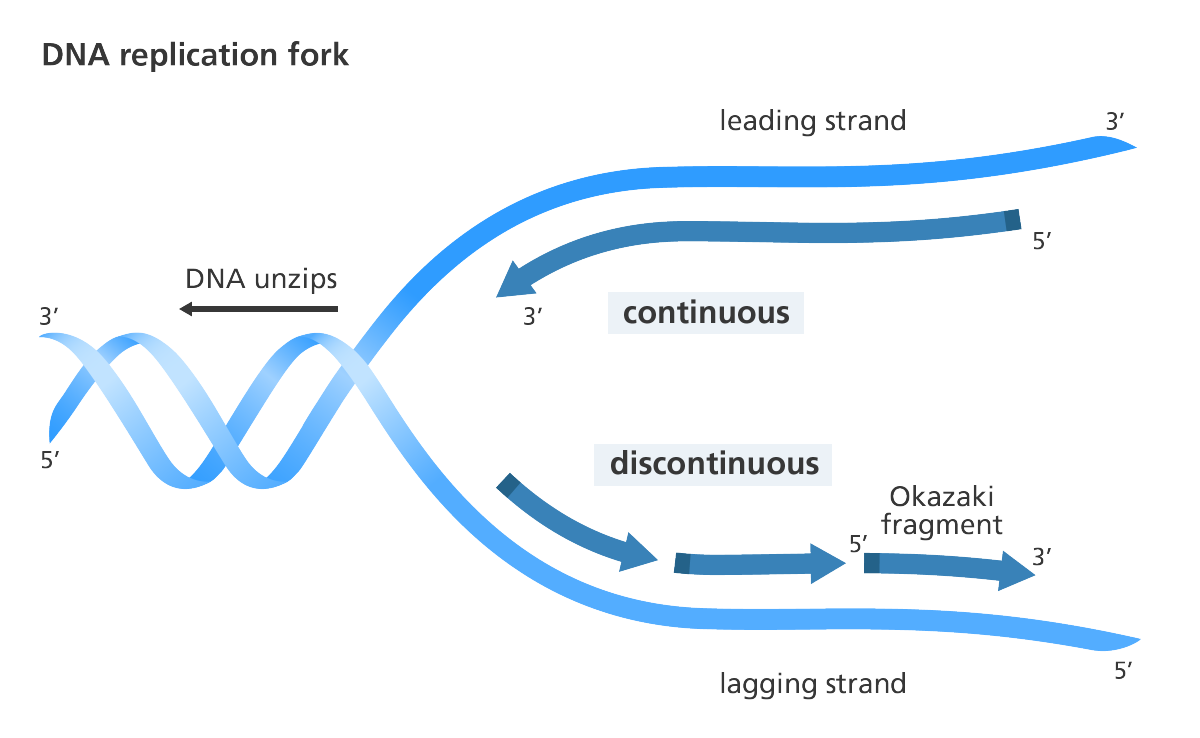 In various species, replication is terminated in different ways. Chromosomes of E.coli-like organisms are round, and this occurs when the two replication forks from the two terminals cross paths.

1. What is replication called?

Replication is the process of making two identical DNA molecules from a double-stranded DNA molecule. One of the most fundamental processes in a cell is DNA replication.

2. Why do cells replicate?

Because every time a cell splits, the two new daughter cells must have the same genetic information, or DNA, as the parent cell, replication is required. Once a cell's DNA has been copied, it can split into two cells, each with an exact copy of the original DNA.

3. Where does replication occur?

4. What is RNA replication?

5. How do cells replicate?

The opening of the double helix and separation of the DNA strands, priming of the template strand, and construction of the new DNA segment are the three key phases in replication.

We hope you enjoyed studying this lesson and learned something cool about Replication! Join our Discord community to get any questions you may have answered and to engage with other students just like you! Don't forget to download our App to experience our fun, VR classrooms - we promise, it makes studying much more fun! 😎