Environmental factors such as temperature, diet, humidity, oxygen levels, light cycles, and the presence of mutagens can all impact which of an animal's genes are expressed. This ultimately affects the animal's phenotype.

Scientists have long recognized the importance of environmental variables in developing animal features. Diet, temperature, light cycles, humidity, oxygen levels, and the presence of mutagens may all influence an animal's genes, thereby affecting the animal's phenotype. As a result, scientists studying the genetics of modern organisms usually try to minimize the environmental effects by keeping the species under investigation in the same habitat. Even genetically identical creatures subjected to controlled experimental circumstances can exhibit distinct phenotypes, demonstrating the impact of minor environmental variations on gene expression.

The expression of genes in an organism can be influenced by the environment, including the external world in which the organism is located or develops and its inner world, including hormones and metabolism. One significant internal environmental influence that affects gene expression is gender. Similarly, temperature, chemicals, drugs, and light are the external environmental factors that can determine which genes are turned on and off, thereby influencing how an organism develops and functions.

Effects of Environment on Phenotype 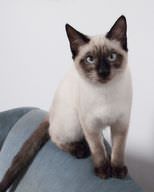 How does the environment influence phenotypes?

1. Can the environment change phenotype?

Yes, by adapting to changes in the environment, organisms change their phenotypes, including physical and behavioral features.

2. How does the environment affect genes?

Exposure to chemicals in the external environment alters which genes are switched "on" or "off,". This can modify how cells operate and, as a result, a person's vulnerability to disease. Epigenetic regulation is the result of this chemical alteration.

3. How does the environment affect genotype?

Although spontaneous mutations can cause it to alter, the genotype remains typically stable in different environments. However, when the same genotype is exposed to various circumstances, it can create a wide variety of phenotypes.

4. How do environmental factors affect the relationship between genotype and phenotype?

5. What are two environmental factors likely to affect gene expression?

Temperature and light, in addition to medications and chemicals, are external environmental variables that can alter gene expression in some species.

We hope you enjoyed studying this lesson and learned something cool about the Environmental Effects on Phenotypes! Join our Discord community to get any questions you may have answered and to engage with other students just like you! Don't forget to download our App to experience our fun VR classrooms - we promise it makes studying much more fun! 😎