The theory of evolution is founded on the assumption that all species are interconnected and evolve over time.

Evolution is defined as a change in a species' physical traits over many generations due to natural selection. Let's take a closer look at each of these and identify the evidence of evolution. 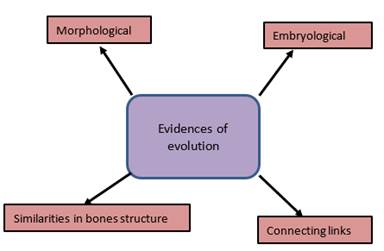 According to biologists, there are two forms of evolution based on the scale:

It describes how many creatures share an origin and how natural selection or genetic drift led to the evolution of many diverse organisms. There were two categories of comparative anatomy found: homologous organs and analogous organs.

On the exterior, morphological features such as the forelimbs of whales, humans, birds, and dogs appear quite different. This is because they have evolved to function in various situations. However, if you examine the forelimb bone structure, you'll notice that the arrangement of bones is extremely similar across species.

It's more plausible that the fundamental architecture of bones was already present in a common ancestor of whales, humans, dogs, and birds than that such identical features arose independently in each species. 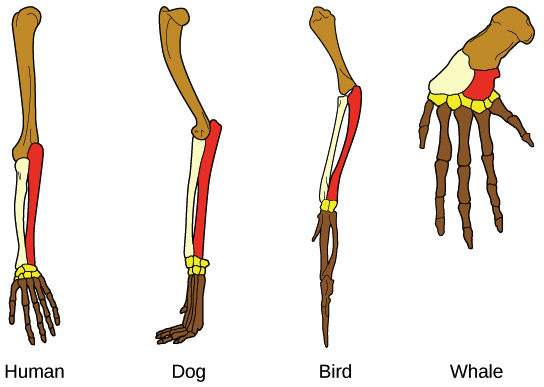 Consider the wings of certain birds and bats. Birds' wings have feathers for flight, while bats' wings are made of stretched skin with no feathers. Both serve the purpose of flying. 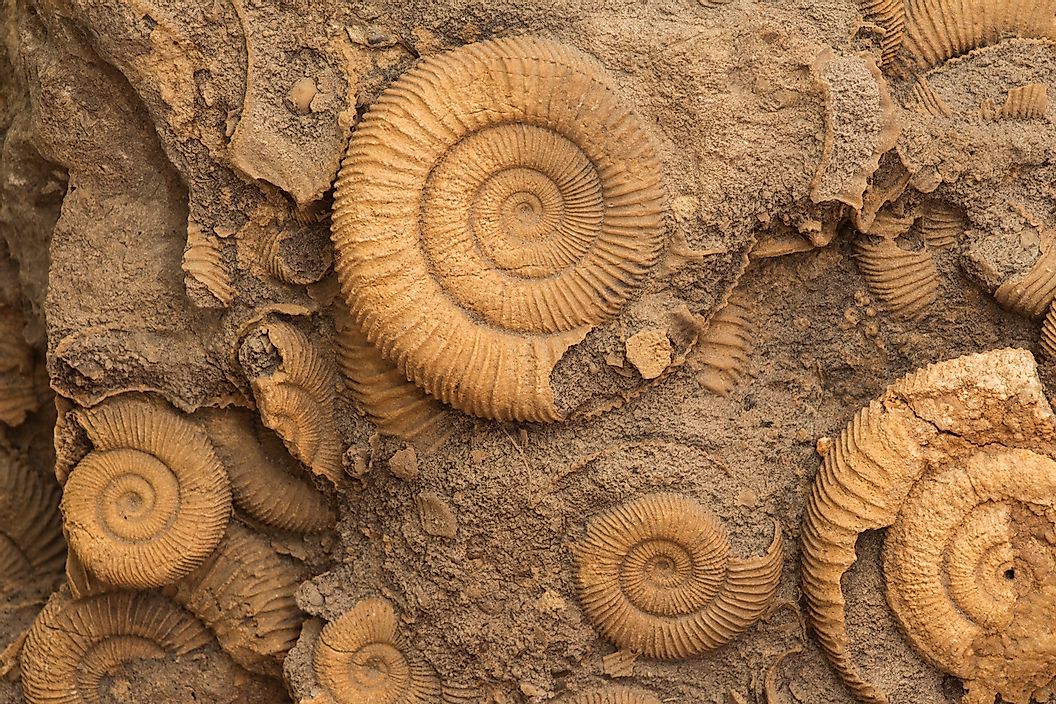 Biologists frequently compare the sequences of comparable genes present in various species (commonly referred to as homologous or orthologous genes) to determine how those species are connected evolutionarily. The underlying premise behind this method is that two species have the "same" gene since they share an ancestor. Because this gene was already present in their last common ancestor, humans, cows, chickens, and chimps all share genes that encode the hormone insulin.

Until a certain stage of gestation, the embryos of many species have a similar structure. Human embryos, pig embryos, reptile embryos, and bird embryos, for example, have comparable embryonic development. As they grow older, they transform into the appropriate species. This demonstrates shared ancestry once again.

1. What are the four factors that show evidence of evolution?

Anatomy, molecular biology, fossils, and direct observation are all evidence for evolution.

2. What are the three main lines of evidence for evolution?

Darwin supported his idea of evolution by natural selection with several lines of evidence, including fossil data, biogeographical evidence, and anatomical evidence.

3. What is the oldest evidence of evolution?

Biogenic carbon fingerprints and stromatolite fossils found in 3.7 billion-year-old metasedimentary rocks from western Greenland are the earliest evidence of life. In Western Australia, suspected "remains of biotic life" were discovered in 4.1 billion-year-old rocks in 2015.

4. What are the five pieces of evidence of evolution?

We hope you enjoyed studying this lesson and learned something cool about Evidence of Evolution! Join our Discord community to get any questions you may have answered and to engage with other students just like you! Don't forget to download our App to experience our fun VR classrooms - we promise it makes studying much more fun! 😎