The study of links between distinct groups of species and their evolutionary development is known as phylogeny.

Phylogeny is a branch of biology that studies the evolutionary history of all life on earth, particularly in terms of lines of descent and interactions among large groupings of creatures. The phylogenetic hypothesis states that all living species have a common ancestor. Therefore, let's learn more about phylogeny.

A tentative phylogenetic tree for the human lineage's evolution. Based on fossil evidence, solid bars represent periods during which species are thought to have existed. Dotted lines represent evolutionary links among hominin species postulated based on fossil data. 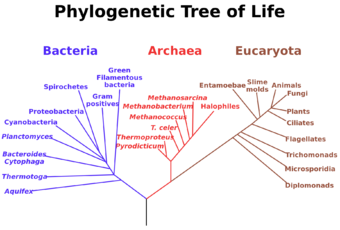 There are two types of phylogenetic trees: rooted and unrooted. 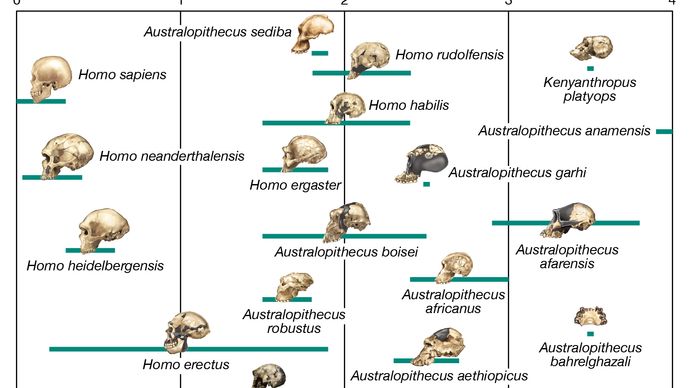 1. What is phylogeny in biology?

A phylogeny is a hypothesized relationship that is compared between groups of species. A phylogeny is frequently represented by a phylogenetic tree, such as the one below, which depicts the evolutionary relationships between the great apes.

2. What is the study of phylogeny?

The study of evolutionary connections among biological entities – usually species, organisms, or genes – is known as phylogenetics.

3. What is the phylogeny of horses?

The horse, a mammal of the Equidae family, evolved over a geologic time scale of 50 million years, changing the tiny, dog-sized, forest-dwelling Eohippus into the contemporary horse. Much of this development occurred in North America, where horses first appeared 10,000 years ago and then became extinct.

4. Why do biologists care about phylogenies?

Phylogenies allow scientists to compare species and make predictions based on characteristic similarities and differences. A phylogenetic tree may show all living forms' evolutionary history.

5. What is phylogenetic bioinformatics?

A phylogenetic tree depicts the relationship between species, demonstrating the evolutionary route from a common ancestor to several descendants. As a result, molecular phylogenetics is an important part of bioinformatics.

6. What is a phylogenetic tree in bioinformatics?

A phylogenetic tree, often known as an evolutionary tree, visualizes the evolutionary connections between different organisms. It's a node-and-branch diagram with nodes and branches. The topology of a tree refers to the branching structure of the tree.

We hope you enjoyed studying this lesson and learned something cool about Phylogeny! Join our Discord community to get any questions you may have answered and to engage with other students just like you! Don't forget to download our App to experience our fun, VR classrooms - we promise, it makes studying much more fun! 😎