Speciation is an evolutionary process that results in a new species.

A species is a collection of organisms that can breed with one another and generate viable offspring while remaining reproductively separated from other creatures. This process is known as speciation. Therefore, let's learn about speciation in detail. 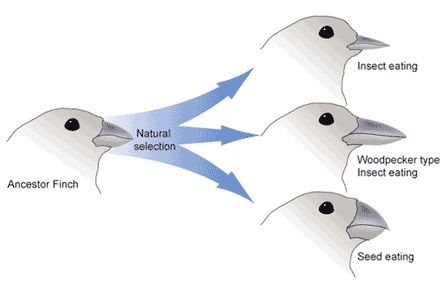 Speciation has traditionally been thought to be a three-stage process: 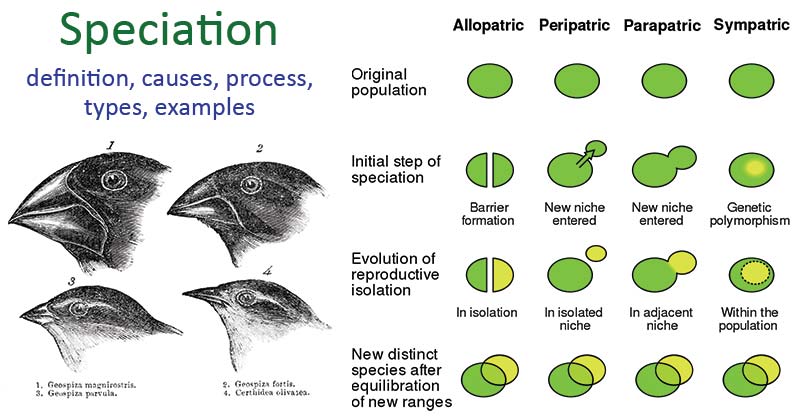 Squirrels that parted off during the creation of the Grand Canyon, resulting in two distinct squirrel species.

The North American apple maggot fly is a classic example. As their name indicates, North American apple maggot flies may eat and mate on apple trees. On the other hand, the hawthorn tree was the initial host plant of these insects. It wasn't until around 200 years ago, when European settlers planted apple trees, that certain flies in the population began to use apples as a food source instead.

Speciation has traditionally been thought to be a three-stage process:

3. What is a speciation analogy?

Speciation is the transformation of one species into another over time. This can result in similar structures in various species occupying the same niche and environment in different places.

Geographic isolation, according to scientists, is a frequent method for the speciation process to begin: rivers change channels, mountains rise, continents shift, creatures migrate, and what was once a single population is split into two or smaller groups.

We hope you enjoyed studying this lesson and learned something cool about Speciation! Join our Discord community to get any questions you may have answered and to engage with other students just like you! Don't forget to download our App to experience our fun, VR classrooms - we promise, it makes studying much more fun! 😎