Learn all about the properties of biological macromolecules here. Further information on the function of biomolecules, types of macromolecules, and their examples are found in this study guide.

Biomolecules, also called biological molecules, are substances produced by cells and living organisms. Biomolecules have a wide range of sizes and structures and perform a vast array of functions. The four major types of macromolecules are carbohydrates, lipids, nucleic acids, and proteins.

Structure and functions of polymers:

The structure and functions of Polymers are influenced by the way monomers react or join together to form a polymer. The presence of strong intermolecular forces impacts the unique physical properties of polymers like density, crystallinity, melting point, and strength.

Biological macromolecules are very large molecules formed due to the polymerization of smaller molecules called monomers. 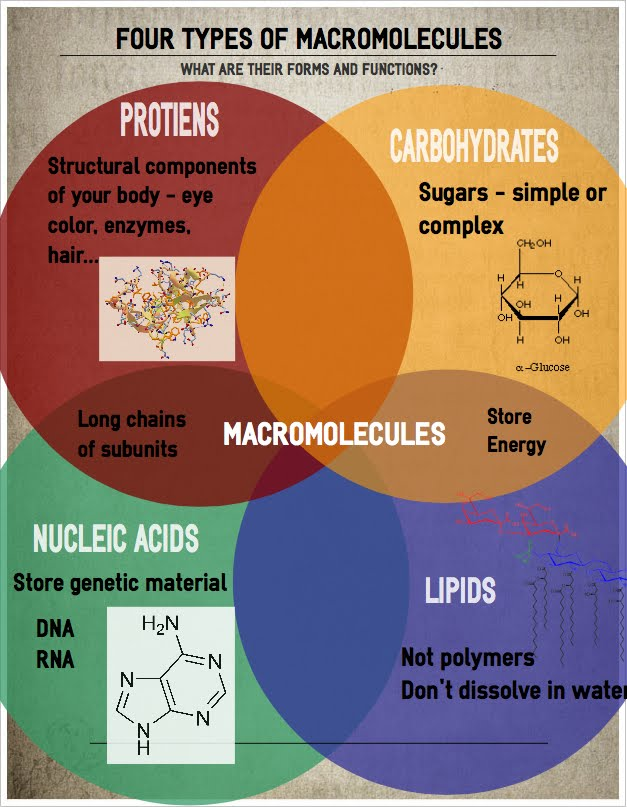 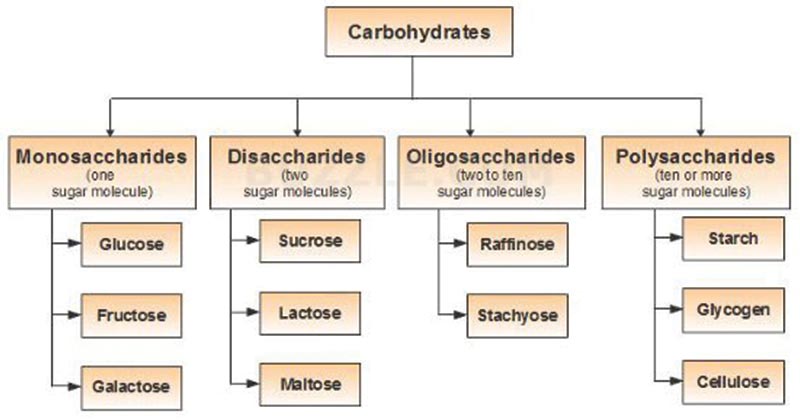 Carbohydrates are biological molecules formed from carbon, hydrogen, and oxygen, in a ratio of approximately one carbon atom to one water molecule. Carbohydrates get their name from this composition, and it is made up of carbon plus water. Biologically essential carbohydrates can be categorized into three categories:

a) Monosaccharide: The most common example is glucose.

Physical properties of monosaccharides are:

Chemical properties of monosaccharides are:

Monosaccharides are polyhydroxy aldehydes or Ketones - they are molecules with more than one hydroxyl group (―OH) and a carbonyl group (C=O) either at the terminal carbon atom (aldose) or at the second carbon atom (ketose).

b) Disaccharides: It is produced when two monosaccharides undergo a dehydration reaction.

Physical properties of disaccharides are:

Oils and fats, which may be saturated or unsaturated, are healthy and serve essential plants and animal functions. Lipids don't make polymers.

Similar to carbohydrates, lipids are made up of carbon, hydrogen, and oxygen, but the atoms are arranged differently. Most lipids are hydrophobic and nonpolar. Major lipid types are Fats and Oils; Waxes, Phospholipids, and Steroids.

Fat normally comprises three fatty acids bonded to one molecule of glycerol, forming triglycerides. The fatty acids may be saturated or unsaturated, depending on the presence or absence of double bonds in the hydrocarbon chain. A saturated fatty acid has the maximum number of hydrogen atoms bonded to carbon. Generally, fats in a liquid state at room temperature tend to be more unsaturated than fats that are solid state at room temperature (Eg: Canola oil).

The properties of lipids are:

Phospholipids are a special type of lipid-linked with cell membranes and normally have a glycerol backbone, to which two fatty acid chains and a phosphate-containing group are attached. Due to this, phospholipids are considered amphipathic because they have both hydrophobic and hydrophilic components.

Steroids are classified as lipids based on their hydrophobic properties, although the molecular structures of steroids differ from that of triglycerides and phospholipids. Cholesterol is a form of steroid in animal cells’ plasma membrane. Cholesterol is also the forerunner of steroid hormones such as testosterone.

The protein enzymes function as catalysts in cells and perform adaptable metabolism by selectively accelerating chemical reactions without consuming them. Proteins are polymers of amino acids.

Physical properties of proteins include:

Chemical Properties of proteins are:

The biochemical properties of nucleic acids are:

1. What are the four types of macromolecules and their properties and functions?

The four major macromolecules and their respective functions are:

2. How do the structures of biological macromolecules determine their properties and functions?

3. What is the structure of biological macromolecules?

Biological macromolecules are large and complex and are formed by the polymerization of smaller units called monomers. Macromolecules include Proteins, Nucleic acids, Carbohydrates, and Lipids.

4. What is a biological macromolecule?

Biological macromolecules are very large molecules formed due to the polymerization of smaller molecules called monomers.

5. What is the importance of biological macromolecules to our lives?

The importance of biological macromolecules to our lives include:

We hope you enjoyed studying this lesson and learned something cool about the Properties of Biological Macromolecules! Join our Discord community to get any questions you may have answered and to engage with other students just like you! Don't forget to download our App and check out our fun VR classrooms - we promise, it makes studying much more fun 😎