Water is essential to the survival of life. Water's distinct qualities are due to the polarity of its molecules, especially its capability to form hydrogen bonds with one another and with other molecules.

Water is indispensable to all forms of life. It possesses several remarkable chemical qualities that make it ideal for life support. In this article, let's delve deeper into understanding water hydrogen bonding.

Water is frequently referred to as the "universal solvent" due to its ability to dissolve many solutes. However, some oils do not dissolve in water, and this is because water dissolves ions and polar molecules well but poorly dissolves nonpolar molecules. Water molecules are polar, having partial positive charges on the hydrogens, a partial negative charge on the oxygen, and a twisted overall structure.

Cohesion and adhesion of water:

Specific heat, the heat of vaporization, and density of water:

Water has a large specific heat capacity. It means that water can withstand a high amount of energy before its temperature is changed. Water also has a high heat of vaporization, which is the heat needed to move a compound from liquid state to gas state. The efficacy of evaporative cooling (why sweating makes one feel cooler) and the low density of ice (floating ice) are all explained by hydrogen bonding.

The molecular structure of water explains that a water molecule comprises two hydrogen atoms connected to an oxygen atom, and its overall structure is curved. In addition to making bonds with the hydrogen atoms, the oxygen atom carries two unshared electrons.

The shared as well as unshared electron pairs repel one another. Because oxygen is more electronegative (electron-greedy) than hydrogen, it grabs electrons and keeps them away from the H atoms. This results in a partial negative charge on the oxygen end of the water molecule and a partial positive charge on the hydrogen end. Thus water is categorized as a polar molecule.

A hydrogen bond is an attractive intermolecular force in which a covalently bound hydrogen atom is attracted to a lone pair of electrons on an atom in a nearby molecule. Hydrogen bonds are quite strong compared to other dipole interactions, and a typicaL hydrogen bond has roughly 5% of the strength of a covalent bond.

Hydrogen bonding in the water molecules results in unique but highly significant features. Most molecular compounds with a mass similar to water are gases at room temperature. Water molecules can remain condensed in liquid due to strong hydrogen bonds. The diagram below depicts how the bent form and two hydrogen atoms per molecule enable each water molecule to bond to two other molecules. 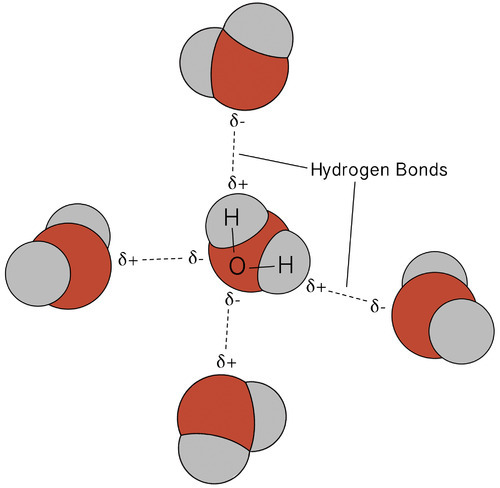 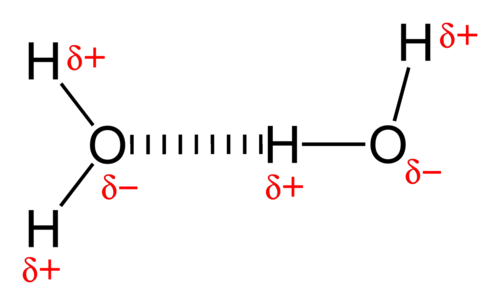 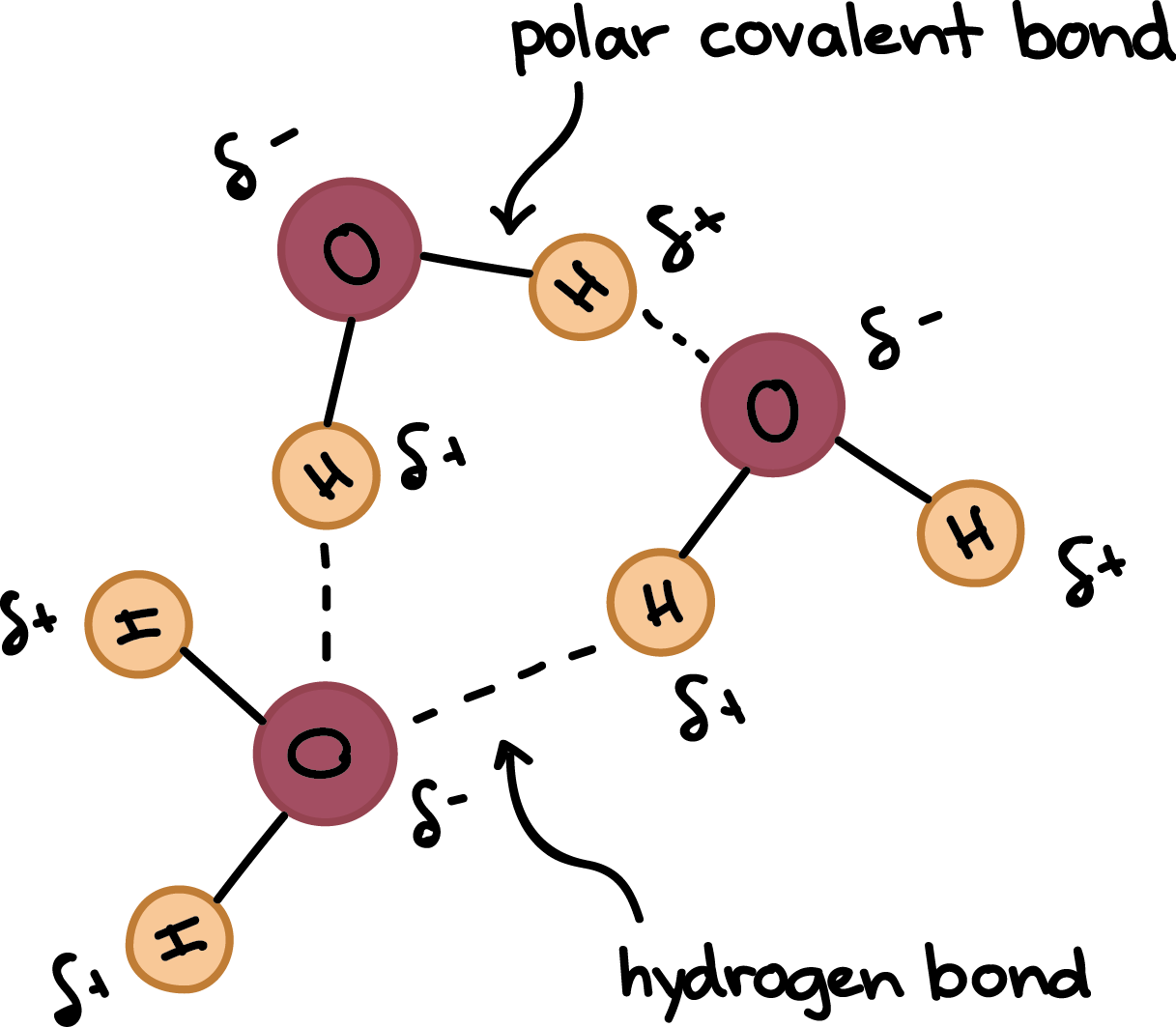 1. How do hydrogen bonds affect the structure of water?

2. What will happen if hydrogen bonding in water does not exist?

Without hydrogen bonding, water molecules would move more quickly and with less thermal heat input, causing the temperature to rise higher for each calorie of heat supplied. This would also significantly lower the heat energy required for phase transitions from ice to liquid and liquid to vapour.

3. What causes hydrogen bonding in water?

In the particular case of water, hydrogen bonds develop between adjoining hydrogen and oxygen atoms of adjacent water molecules.

4. What is the most important role of hydrogen bonding between water molecules?

Water molecules can remain condensed in liquid due to strong hydrogen bonds.

5. What are the conditions necessary for forming a hydrogen bond?

(i). The first molecule has a hydrogen bond to a strongly electronegative atom (N, O, F).

6. How do you break hydrogen bonds in water?

These linkages can be broken by simply adding another material or substance to the water.