What is facilitated diffusion?

Is facilitated diffusion active or passive?

Facilitated diffusion does not need any energy for the movement of molecules as they move from higher concentration to lower concentration gradient. This means they obey Fick’s law. 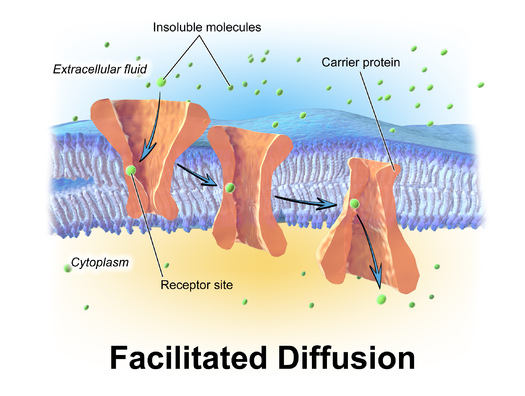 A gated channel protein has a “gate” operated by a stimulus to allow or block the passage of molecules. The stimulus can be chemical, physical, electrical, temperature, or mechanical. 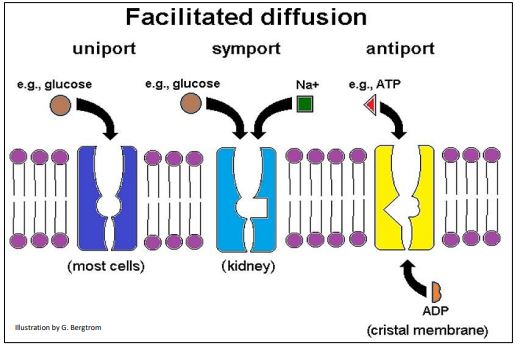 Glucose Transporter is present in the alimentary canal of small intestines, which helps transport the glucose in the intestine to other parts of the body with the help of the blood vessels that absorb these glucose molecules. This is why the blood glucose level is essential. The glucose transporter proteins are carrier proteins that undergo conformational changes as glucose binds to them on the one side to deliver them on the other side of the cell and are back to position to take up another glucose molecule when the carried glucose molecule is released. Ion channels can be gated or plain channel proteins. They span across the cell membrane, resulting in the formation of pores. According to the need, they open and close based on variables like electrical and chemical potential. When ligand binding is needed for the conformational change of these proteins, they are said to be gated channels.

1. What is facilitated diffusion vs. simple diffusion?

2. What travels in facilitated diffusion?

3. What is an example of facilitated diffusion?

Glucose transport is an excellent example of the transport of molecules using the facilitated diffusion process.

Facilitated diffusion should be faster than active transport because it follows the concentration gradient and does not need the energy to drive the process.

5. How Does facilitated diffusion differ from active transport?

Facilitated diffusion does not need the energy to drive the movement of molecules against the concentration gradient-like active transport.

We hope you enjoyed studying this lesson and learned something cool about Facilitated Diffusion! Join our Discord community to get any questions you may have answered and to engage with other students just like you! Don't forget to download our App and check out our fun VR classrooms - we promise, it makes studying much more fun 😎