The cell division cycle is a series of events occurring within a cell that leads to its development and division. Cell division makes up for the dead, diseased, or injured cells.

The cell cycle is also called the cell division cycle. It is a series of processes by which a cell divides into the two offspring daughter cells. The steps include the duplication of DNA and separation of cytoplasm and other cellular contents into identical daughter cells.

What is a cell cycle?

The mechanism of the cell cycle was first discovered by the scientist named Dumas and Prevost in 1824, while researching the cleavage of a frog's zygote. This cell passes through a series of stages and steps to separate, divide and produce new cells from the parent ones. The entire process of growing and developing new cell populations from one single parent cell in the beginning is known as a cell division cycle.

Phases of the cell cycle:

All eukaryotic cell cycles are divided into 2 main stages: 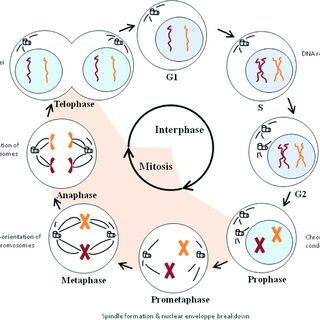 Before these 2 phases, there is another phase called the G0 Phase or Quiescence. This is a resting phase where all cells have left their cell cycles and stopped division. Every cell cycle starts with this phase. This phase is a very common phase for the cells that are differentiated to their utmost capacities.

I) Interphase: Here, the cell prepares for cell division by experiencing cell growths and replication of DNA. They take up about** 95% time** of the overall cycle.

It is divided into 3 stages:

1. G1 Phase: The Gap 1 phase is the phase between mitosis and the replication of genetic materials. Here, the cell is metabolically active and continues its growth without DNA replication.

2. S Phase: This is also called the Synthesis phase. The replication of DNA takes place during this stage, and all chromosomes will also replicate. Hence, the DNA replicates in this phase, but the chromosomes and other elements remain in the same numbers.

3. G2 Phase: Also called the Gap 2 phase, this is a stage of rapid cell growth and protein synthesis, which helps in preparing the cells for mitosis. There is spindle formation, cell organelles multiplication, etc during this phase. 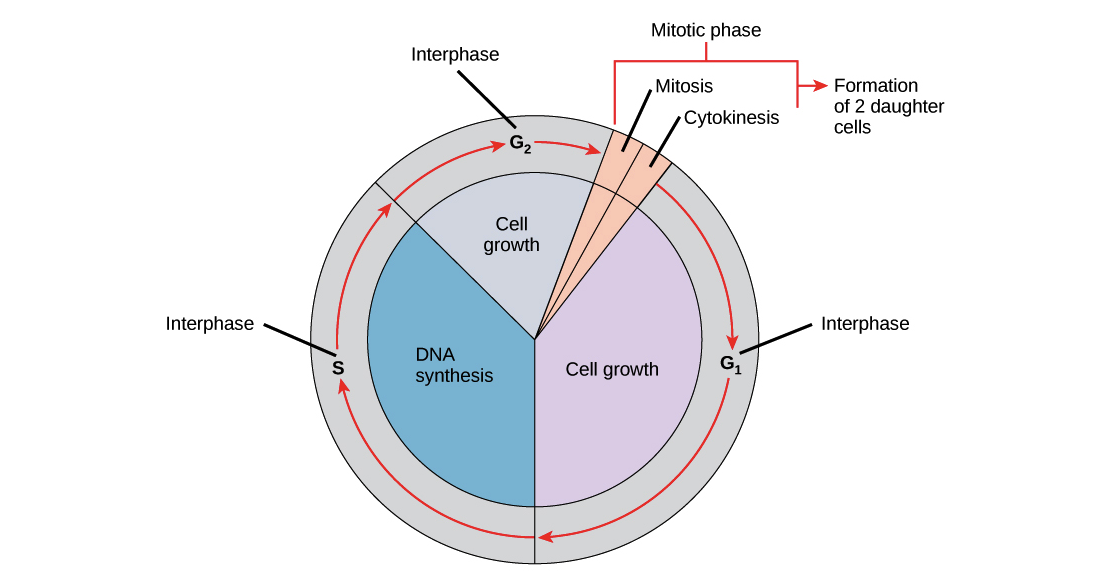 II) Mitosis Phase: In this phase, the cell completely undergoes reorganization and is divided into its offspring. The offsprings have the same chromosome numbers as their parents and hence It is also called the phase of equational division. This is a phase of chromosome separation and nuclear division (karyokinesis). This phase is divided into the following four stages: