Cell division is different from the cell cycle, and it is a process whereby parent cells divide into two or more daughter cells.

What is meant by the cell cycle or cell division?

Cell division cycle is a process by which a single parent cell divides itself into 2 or more daughter cells. This generally occurs as a part of the cell cycle, and hence the cells increase in number through this process of division. It is one of the prime aspects of the growth and development of multicellular organisms, as new cells are needed to replace dead and damaged cells.

There are 2 main types of cell division:

i) Prophase I- further divided into: 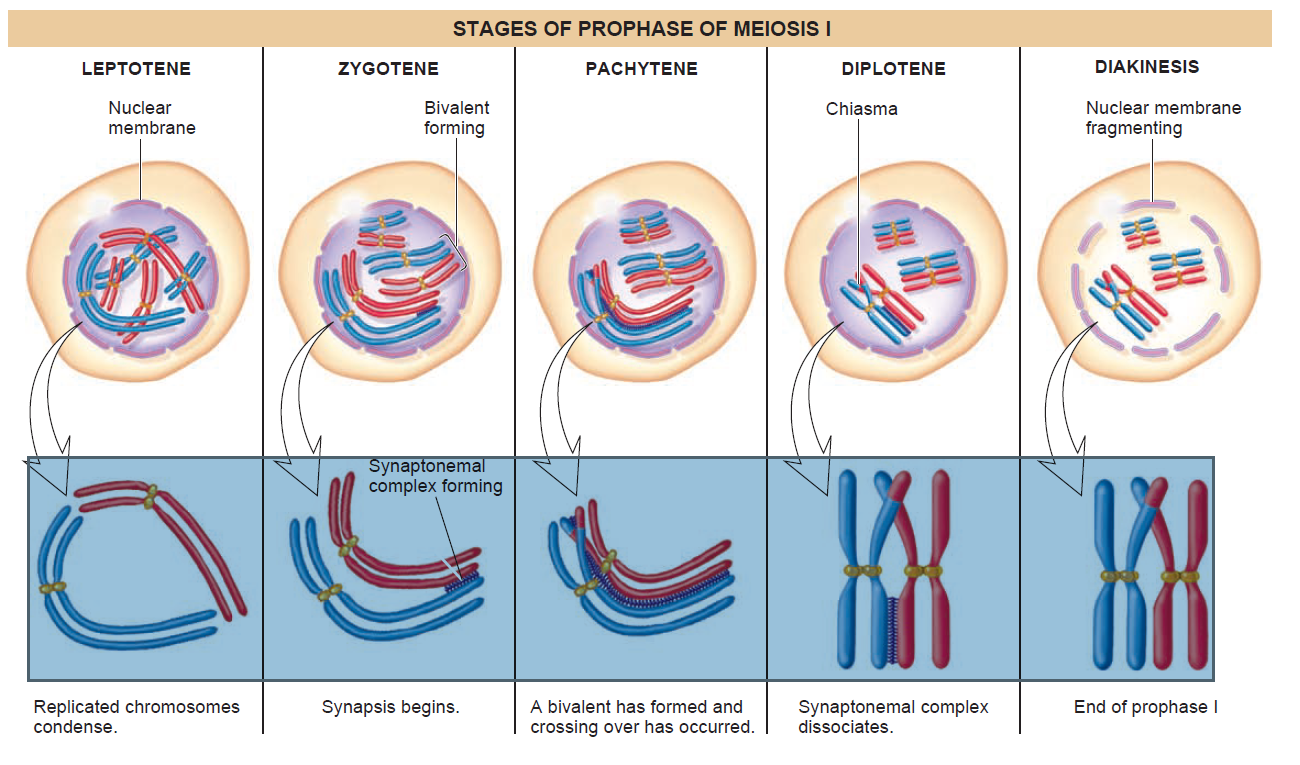 ii) Metaphase I - The bivalent chromosomes are arranged on the equatorial plate. The microtubules from the opposite poles attach to the kinetochore of homologous chromosomes.

iv) Telophase I - The nuclear membrane and nucleolus reappears. Cytokinesis follows after this phase. 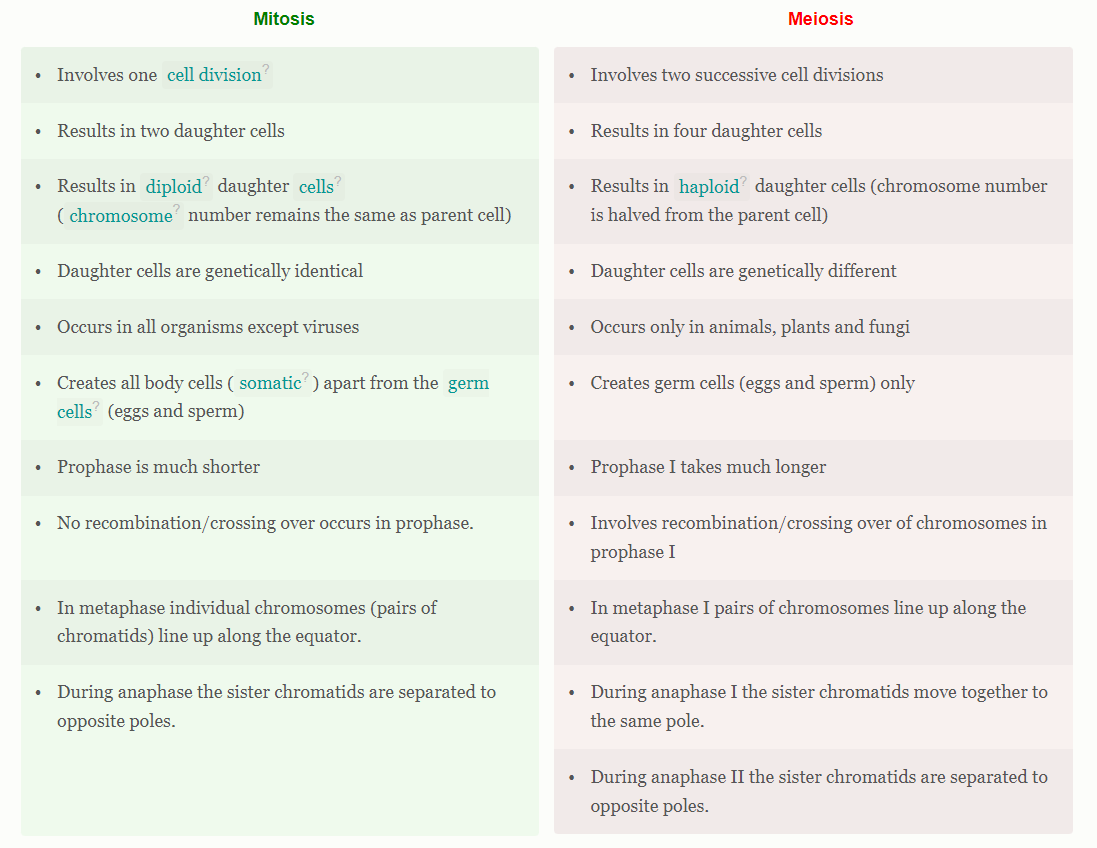 Source: Difference between mitosis and meiosis