The most crucial human body fluids are blood and lymph. Plasma, white blood cells, red blood cells, and platelets make up blood. Lymph is a clear liquid that flows inside lymphatic veins.

Blood is the most commonly used body fluid by most of the higher organisms including humans. It is a special connective tissue consisting of a fluid matrix, plasma, and formed elements.

Plasma is a straw coloured, viscous fluid constituting nearly 55 per cent of the blood. Plasma consists of:

Erythrocytes, leucocytes and platelets are collectively called formed elements and they constitute nearly 45 per cent of the blood.

Two blood groupings – the ABO and Rh – are widely used all over the world. 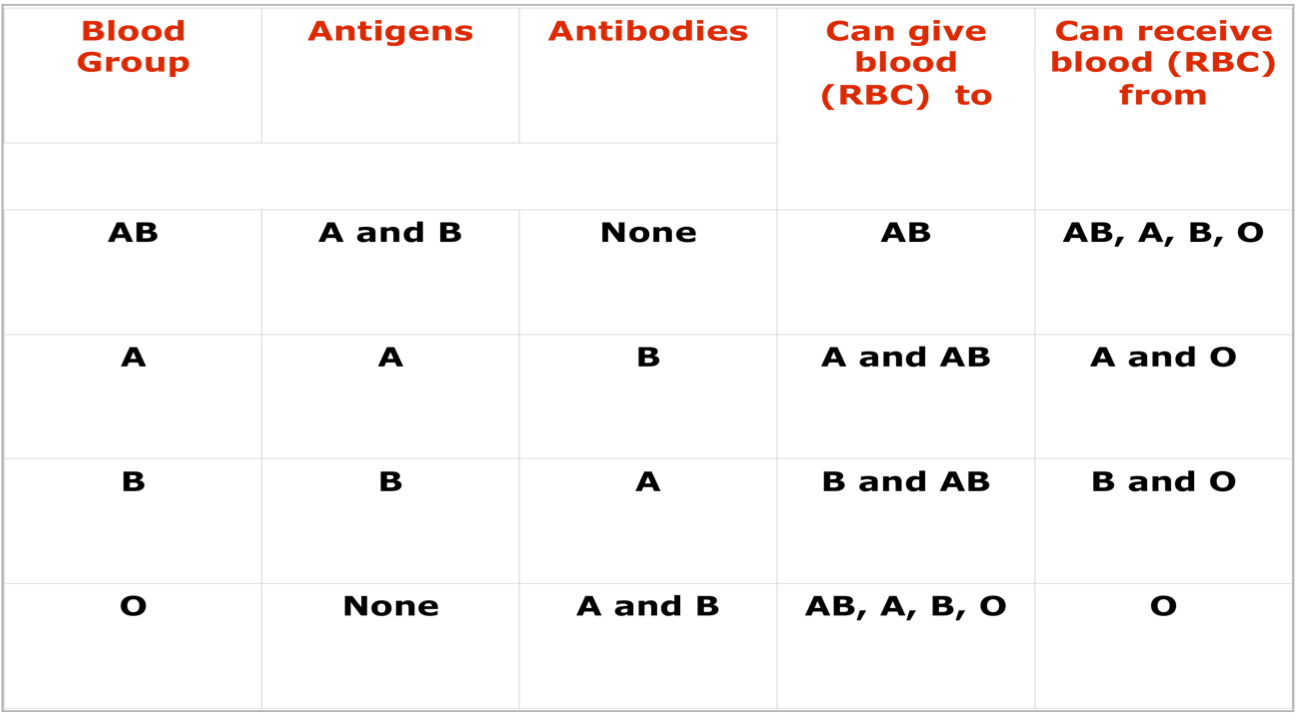 Coagulation of blood is a mechanism to prevent excessive loss of blood from the body. Blood exhibits coagulation or clotting in response to an injury or trauma. Calcium ions play a very important role in clotting.