The Detailed Female Anatomy of an Angiosperm

Within the female reproductive system of angiosperms are the pistils.

The pistil consists of:

When a male gamete, that is, the pollen sticks to the stigma, it is taken down through the style, wherein it goes to the ovary where an egg is present for fertilization. 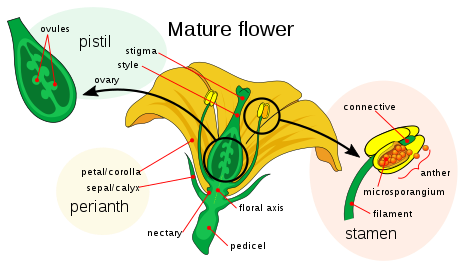 The Detailed Male Anatomy of an Angiosperm

The male reproductive systems are the stamens. On the end of the stamen is the anther, where pollen is made. The filament is the tube leading up to the anther, though its function is purely mechanical, supporting the anther. When the anther makes the pollen, it is carried away for fertilization through pollination. 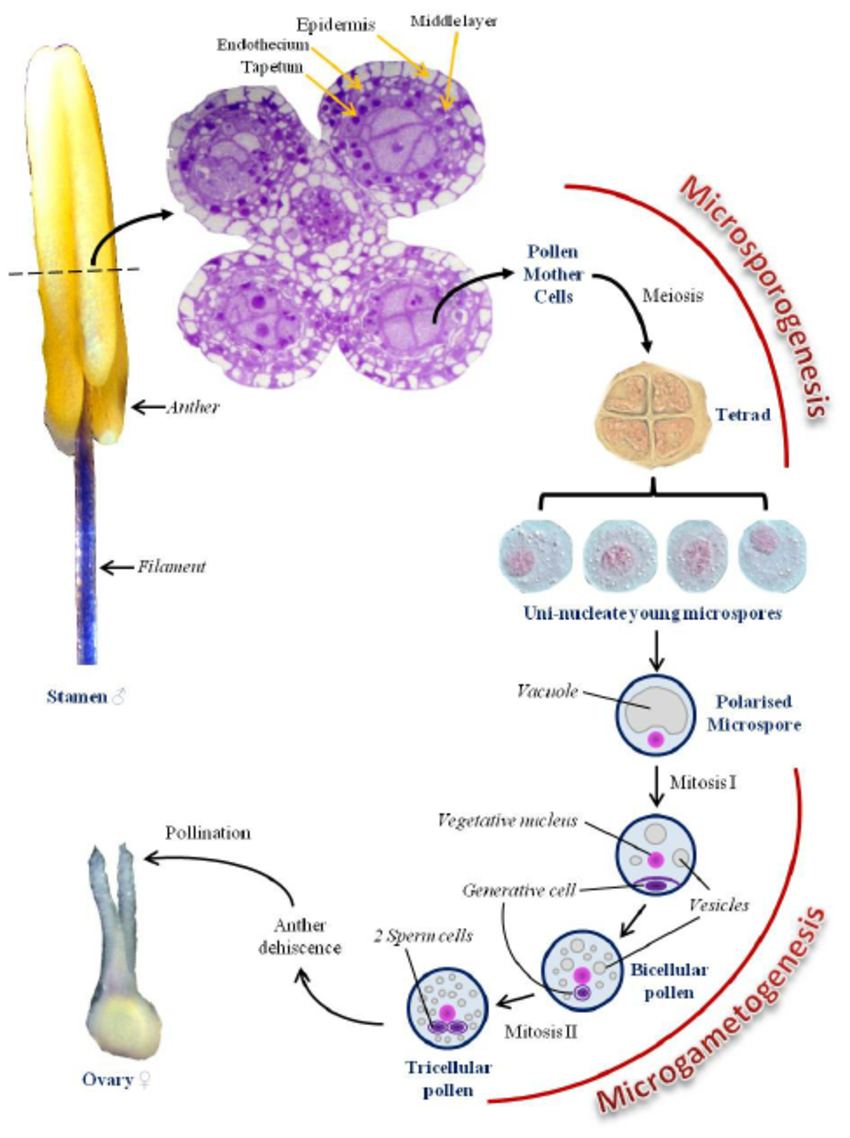 The Anatomy of the Leaves of an Angiosperm 1. Epidermis: The outermost leaf layer is called the epidermis. The epidermis secretes the cuticle, a waxy coating that helps the plant retain water. The plant leaves also contain guard cells that manage the gas exchange. Guard cells control the stomata (singular stoma), which allows plants to undertake the gaseous exchange of water vapor, oxygen, and carbon dioxide as needed.

Chloroplasts are organelles that contain chlorophyll, which is a green pigment that absorbs energy from sunlight to undertake the process of photosynthesis. The spongy mesophyll is located directly below the palisade mesophyll and is composed of loosely placed cells to allow for easy exchange of oxygen. The leaf vascular tissue consisting of xylem and phloem is found in the spongy mesophyll.

Guard Cells and the Stomata

The two guard cells are bean-shaped cells that surround the stomata. Water is released through them into the surroundings, and vice versa, in the form of water vapor. They also play an imperative role in gaseous exchange in and out of plant leaves by controlling the opening and closing of pores known as stomata.