Morphology of plants (Phytomorphology) is defined as the study of the external structure and parts of a plant.

Plants morphology is the study of the physical form, structure, and development of plants. It is very important for physical identification and is different from the study of plant anatomy that studies the internal structures of plants. Wilhem Hofmeister, a German botanist is called the father of plant morphology.

Definition of a flowering plant

Flowering plants are included in the Class Angiospermae or the Angiosperms. These plants bear seeds enclosed inside a fruit. The scientific name Angiosperm, comes from the Greek words “Angeion” meaning vessel and “spermae,” meaning seeds. They include 64 orders of plants found on the land, with 416 families having about 13,000 genera and 300,000 species known till today. They were called Magnoliophyta before. They differ from the gymnosperms as they produce fruits with seeds. Angiosperms have external flowers, and there is an endosperm inside the seeds.

Angiosperms are the most diverse types of plants within the kingdom Plantae and consist of about 80% of the various green plants known till date.

The basic three examples of flowering plants include:

The distinguishing feature of flowering plants is the presence of a “flower”. It is a part of all angiosperms that consist of the male or female or both reproductive organs. They are seed-producing plants in which the fertilized egg matures into a seed within the hollow ovary enclosing it from the outside. The presence of a “fruit,” which is a ripened and mature ovary together with the other ovarian contents, is another characteristic of flowering plants. The angiosperms have developed specialized tissues to transport water (vascular Xylem) and nutrients (vascular Phloem) to all the parts of the plants. They have evolved to develop various processes needed for survival, such as photosynthesis, cell division, etc, and have specialized cells for the same. The plant body consists of:

The angiosperms have adapted such specialized tissues upon adaptation to terrestrial conditions and have spread extensively, unlike other plants. 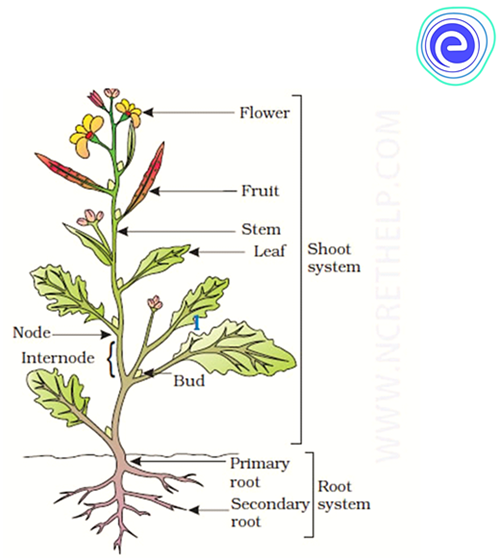 The external structure of a flowering plant can be divided into a root system and a shoot system.

The roots are responsible for absorbing all the nutrients and water required for the growth and sustenance of the plant, and they also help in anchoring the plant firmly in the soil. There are two basic root systems in flowering plants, the primary root system and the adventitious root system. 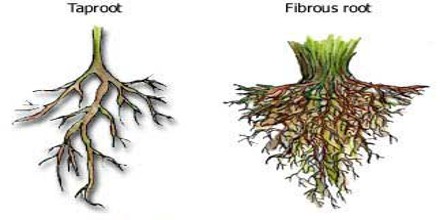 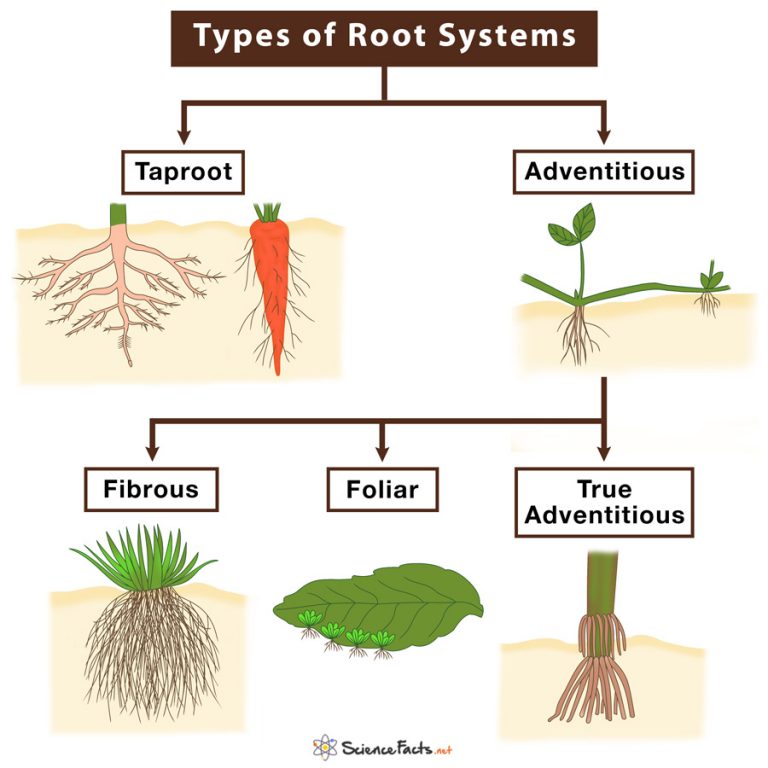