The molecular basis of inheritance comprises understanding genetic codes, their variations, and inheritance.

The Molecular Basis of Inheritance is an interesting topic of study for avid science students. It unravels the mystery and science behind how genetic features and traits are passed on from parents to progeny. The study also helps understand the key aspects of the molecular basis and how they influence and determine the molecular processes.

Gene Expression is a process through which genetic codes are used to manage proteins synthesis, which is required for a human body to produce the cell structures. Structural genes carry information required for the sequences of amino acids. This process has two main steps: transcription and translation.

Gene Expression Regulation is the process by which the instructions present in our DNA are converted into a functional product, such as a protein, and it allows a cell to respond effectively to its changing environment. Genetic codes in the DNA code are converted into proteins through translation and transcription during gene expression.

Gene expression and regulation are considered necessary for growth, development, existence, and differentiation. 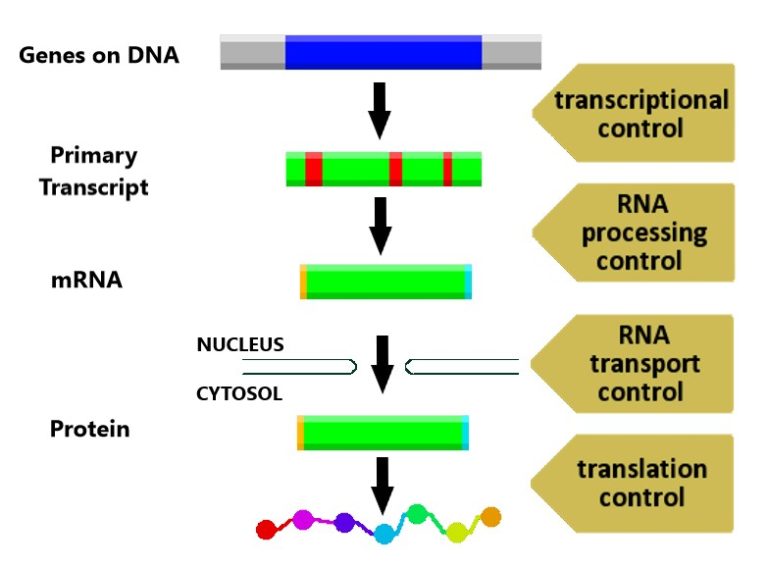 Transcription is how DNA is transcribed (or copied) to mRNA. mRNA has the information needed for protein synthesis. Transcription takes place in two broad steps: the formation of pre-messenger RNA and RNA Splicing. This occurs over three stages: initiation, elongation, and termination.

As in transcription, translation also occurs over the three stages of initiation, elongation, and termination. Let's briefly touch on some of their details below.

The Central Dogma is the process by which genetic information flows from DNA to RNA. The three processes of the central dogma are replication, transcription, and translation. 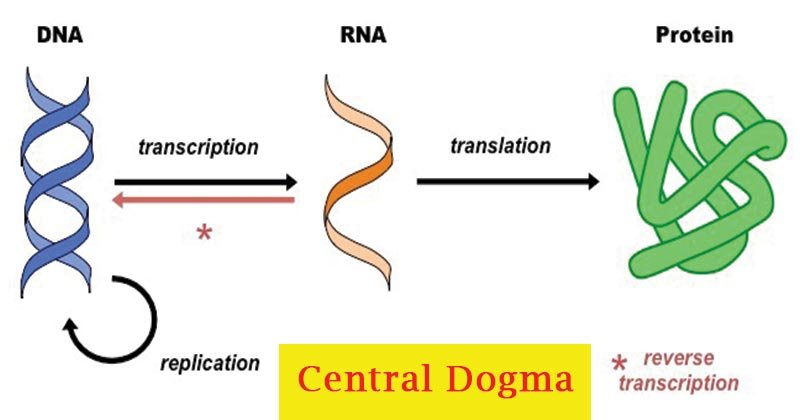 DNA Fingerprinting is a method that depicts the hereditary makeup of living beings. It is a strategy deployed to identify distinctions between the satellite DNA areas in the genome. DNA profiling, DNA testing, DNA examination, genetic profiles, DNA proof, and genetic investigation are all used for DNA fingerprinting.

The following steps are involved in DNA Fingerprinting:

The applications of DNA fingerprinting include uncovering the identity of an individual, distinguishing between mutilated dead bodies, detecting maternal cell contamination, and for crime scene examination and criminal identification checks.

Collectively, all our genes together are known as our "genome." The Human Genome Project was launched as an international collaborative scientific research project whose goal was to complete genetic mapping and understanding all the genes of human beings. It includes identifying and mapping all the genes of the human genome in terms of physical features and functionalities. It has high importance in life science, medicine, and biotechnology.