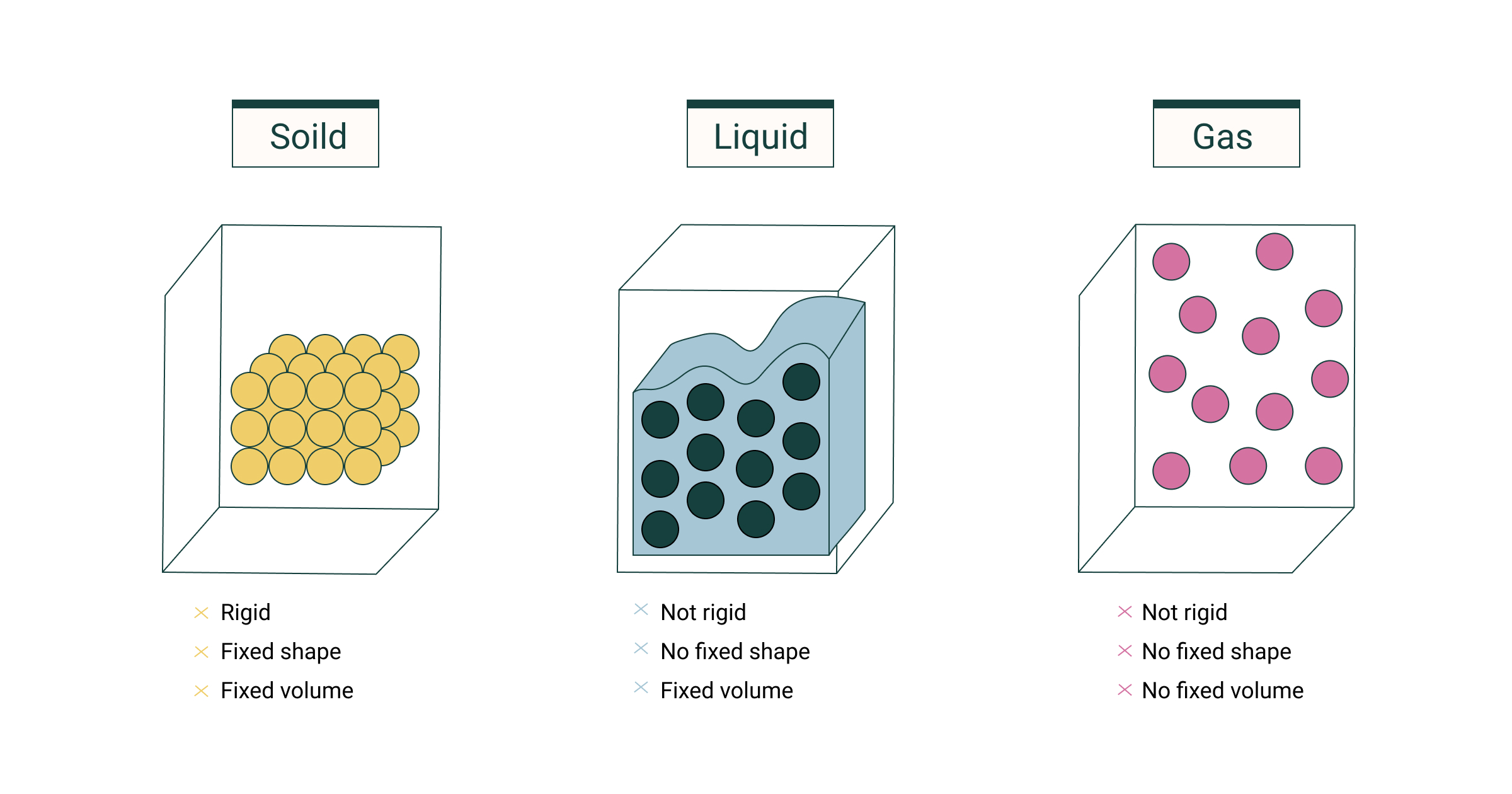 At constant temperature, the volume of a given mass of gas is inversely proportional to its pressure.

K is a constant whose value is determined by the gas's mass, temperature, and nature.

At constant pressure, the volume of a given amount of gas grows or decreases by 1 / 273 of its volume for each degree of temperature rise or fall.

At constant pressure, the volume of a given mass of a gas is exactly proportional to the absolute temperature.

Absolute zero is the lowest temperature at which the volume of a gas may potentially reach zero. It's the same as 273.15K or O°C.

For each degree of temperature rise or fall, the pressure of a given amount of gas increases or falls by 1 /273 of its pressure at constant volume.

The absolute temperature is exactly proportional to the pressure of a given mass of a gas at constant volume.

It says that under the same temperature and pressure, identical volumes of all gases contain the same number of molecules.

Equation for a Perfect Gas

This is referred to as the ideal gas equation. The universal gas constant is R.

Density is derived from the ideal gas equation.

The Kinetic Theory of Gases is a theory that describes how gases move.

The following are the theory's main assumptions:

Abuse of the Ideal Behaviour

The gases depart significantly from their ideal behaviour under high pressure and low temperature. The compressibility factor (Z) can be used to express the deviation.

pV nRT, Z 1 in the case of actual gas

Deviation in the negative direction In this scenario. When the value of Z is greater than one, the gas is more compressible.

Deviation in the positive direction In this scenario. Gases with a Z greater than one are less compressible.

The elements that influence the deviation are as follows:

(i) The gas's nature The most easily liquefiable and highly soluble gases, in general, have a bigger deviation.

(iii) At low temperatures, the deviation is greater, and H2 and He always have positive deviations at O°C.

(i) increasing the amount of pressure

A liquid's vapour pressure is determined by:

(ii) Temperature: As the temperature rises, so does the vapour pressure.

(ii) Boiling point refers to the temperature at which a liquid's vapour pressure equals atmospheric pressure.

Boiling point at 1 atm pressure is referred to as normal boiling point.

(iii) Surface Tension: It's the force per unit length operating perpendicular to the imaginary line drawn on the liquid's surface. (gamma) is the symbol for it.

The attractive interactions between molecules determine the amount of a liquid's surface tension. It is determined using a device known as a stalagmometer.

As the temperature rises, the surface tension drops.

Surface tension causes the liquid to rise or fall in a capillary tube.