Elements of the p-Block

Carbon is the seventeenth most prevalent element in the earth's crust by weight.

(i) It comes in three forms: coal, graphite, and diamond. It can be found in metal carbonates, hydrocarbons, and carbon dioxide gas (0.03 percent) in the atmosphere in its combined state.

(ii) The stable iosotopes 12C and 13C, as well as the third isotope 14C, are found in naturally occurring carbon. Radiocarbon dating uses 14C, a radioactive isotope having a half-life of 5770 years.

Because the effective nuclear charge increases, the size of the atoms shrinks. As you move down the group from carbon to tin, the first ionisation enthalpy lowers.

The drop is abrupt from carbon to silicon, whereas the initial ionisation enthalpy of lead is somewhat higher than that of tin.

Carbon is distinct from the other members of its family. The major cause of the strange behaviour is:

There are two allotropic forms of carbon:

Diamond, Graphite, and Fullerenes are crystalline forms of carbon. 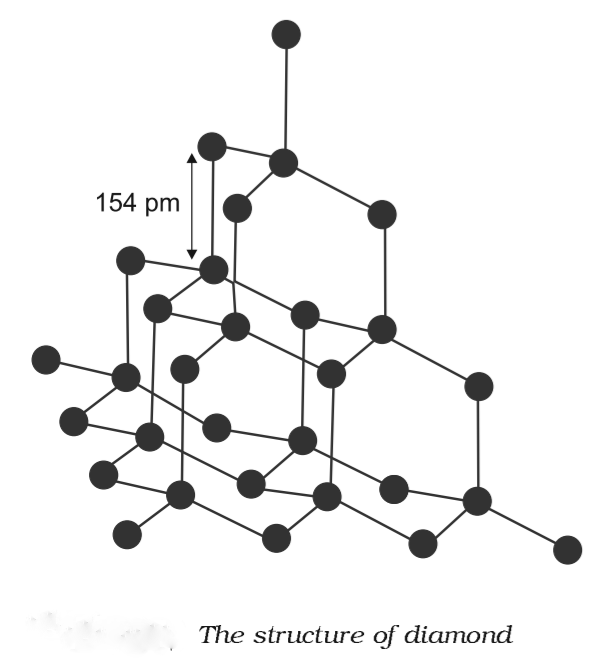