Force is a physical agency we often take for granted. But what creates force, and how does it act on objects? Let’s find out! 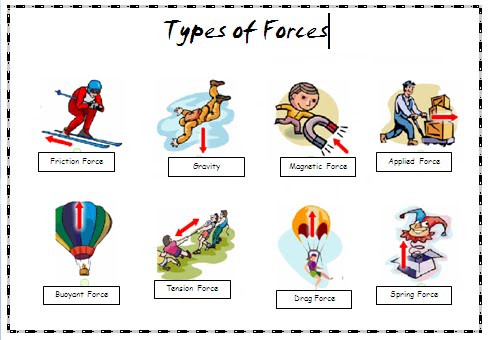 There are several different types of forces.

Forces acting on a body when the source of force is in direct contact with the body are known as contact forces. The point of application of force is where force is applied to an object (or point of contact).

(i) Muscular Force: The force produced by the body's muscles. To complete our tasks, we rely on the muscular strength of animals such as bullocks, horses, and camels.

(ii) Mechanical Force: The force applied by a machine.

(iii) Frictional Force: This force prevents an object from moving as its direction is always opposite to the direction of motion.

Forces that act on two bodies without causing physical contact between them.

(i) Magnetic Force: A magnet produces a non-contact force on iron, steel, cobalt, or nickel items.

(ii) Electrostatic Force: The force produced by the attraction of opposite charges or the repulsion of comparable charges.

(ii) Gravitational Forces: The force between any two bodies due to their mass. Gravity is an attractive force.

Pressure is the force acting on a unit area of a surface.

Pressure = force / area on which it acts

PRESSURE EXERTED BY LIQUIDS AND GASES 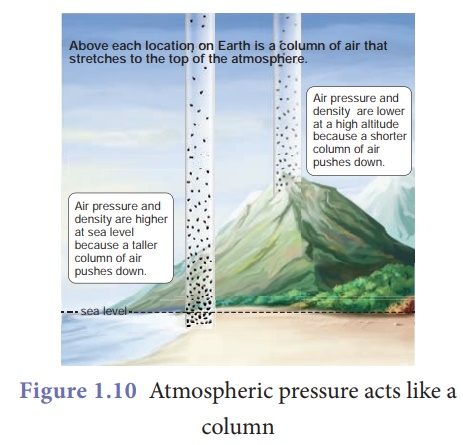