The cell organization is the arrangement of components in a cell. Cells are the smallest functional living unit and the most basic part. The cells are minute in size, but the organization of cells is very precise.

The cell organization forms an integral part of every living organism. Every type of cell has similar features, including RNA, DNA, ribosomes, cell membrane, and cytoplasm. The cell structure of eukaryotic cells includes a large assortment of organelles and a membrane-bound nucleus. On the contrary, the prokaryotic cell structure lacks a nucleus and organelles.

It is also observed that the single cells perform certain functions individually and perform together with other cells in cellular organization biology for the benefit of the entire organism.

Functional Components of a Cell

The cellular organization definition of biology has ascertained certain specific functions of every level of the cell. Some of these functions are summarized below: 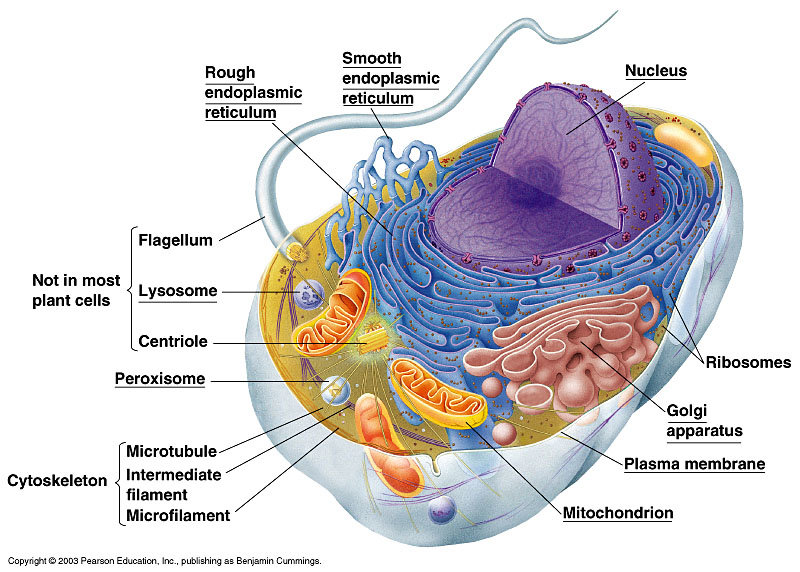 There are two types of endoplasmic reticulum, namely:

The singular form of mitochondria is mitochondrion and is rightly called the cell's powerhouse. The process of cellular respiration is performed in this double membraned organelle. The usable form of energy, such as carbohydrates and sugar, is produced from precursor molecules.

1. What are the 5 levels of cell organization?

The life of an organization is made out of several levels that majorly include organ, tissue, cellular, chemical, organ system, and organism level.

2. What are the types of cell organization?

Eukaryotic and prokaryotic are the two types of cell organization.

3. What is an example of a cellular organization?

4. What is the main idea of cell organization?

Cell organization is the minute compartments in the body of an organism that keeps it successful and alive. They are the structural unit of an organism and can be single-celled or multicellular.

5. Who first studied the cell?

Robert Hooke first discovered cells through a microscope in the year 1665.

6. Where do lysosomes arise?

Lysosomes arise in the Golgi apparatus and are termed as cells protein machinery. The protein is formed and is transferred to various components of cells.

7. Who are the 5 scientists who contributed to the cell theory?

Robert Hooke was the first scientist who discovered the cell. After that, other scientists such as Virchow, Remak, Schwann, and Schleiden also discovered cell theories.

8. Which scientist gave the cell theory?

Theodor Schwann proposed the classical cell theory in the year 1839

9. Why is cellular organization important?

The cellular organization is important for the survival of any organism as it performs body functions and takes care of the daily chores of the body.

The nucleus is a double membrane-bound protoplasmic body and stores genetic material.

We hope you enjoyed studying this lesson and learned something cool about Cell Organization! Join our Discord community to get any questions you may have answered and to engage with other students just like you! Don't forget to download our App to experience our fun, VR classrooms - we promise, it makes studying much more fun!