A chloroplast is an organelle within the cells of plants and green algae. It serves as a site of photosynthesis.

A chloroplast is an organelle found within the cells of plants and some algae. It is responsible for photosynthesis, which is the process by which solar energy is transformed into chemical energy for growth. A chloroplast is a kind of plastid (a saclike organelle with a double membrane) that contains chlorophyll for light absorption.

Where are chloroplasts located? 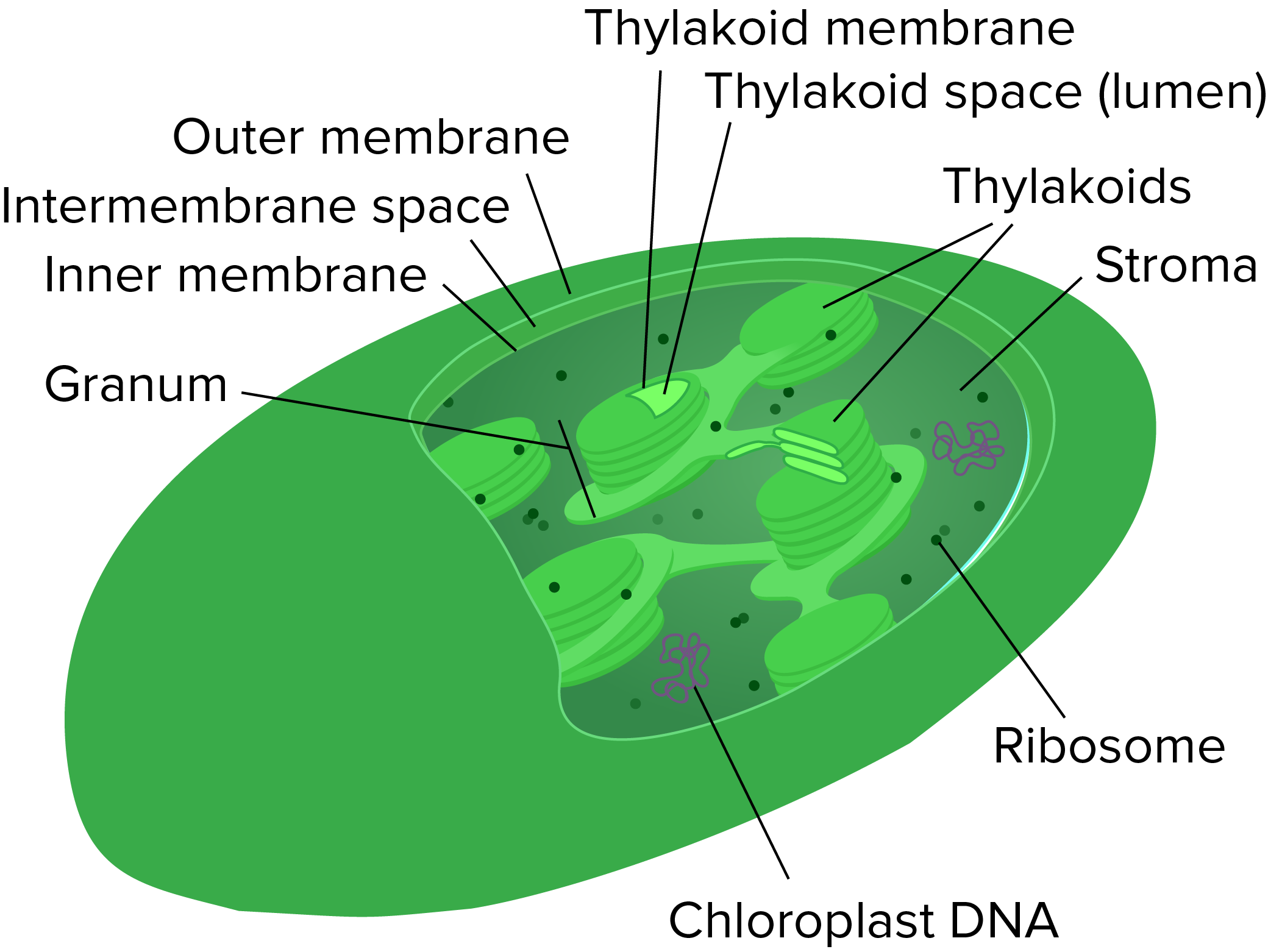 1. Do chloroplasts have DNA?

2. What is an easy definition of a chloroplast?

A chlorophyll-containing plastid in green plant cells where photosynthesis occurs.

3. How is chloroplast adapted to its function?

The chloroplast's structure is tailored to the purpose it serves:

Thylakoids: Flattened discs have a limited interior volume to maximize the hydrogen gradient during proton buildup.

Grana: Thylakoids are stacked to enhance the SA: Vol ratio of the thylakoid membrane.

Photosystems: Pigments in the thylakoid membrane are organized into photosystems to maximize light absorption.

Stroma: The Calvin cycle takes place in a central cavity with adequate enzymes and a sufficient pH.

4. Why are chloroplasts found only in plant cells?

The chloroplast is unique to plant cells because plants are autotrophs that can create their food by converting light energy to chemical energy. It is the most important photosynthetic pigment in leaves because it converts light energy into chemical energy. It absorbs all electromagnetic radiations of various colors such as violet, blue, orange, and red. However, it reflects green light, making the leaves seem green. It absorbs solar light with wavelengths ranging from 430nm (blue) to 662nm (red). These are found in creatures other than plants, such as bacteria and green algae.

5. Why are chloroplasts called the kitchen of the cell?

Chloroplasts contain chlorophyll and carotenoid pigments that capture the light energy required for photosynthesis. As a result, the chloroplasts are referred to as the cell's kitchen.