What is the Nucleus?

Structure of the Nucleus 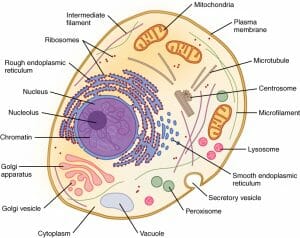 The nucleus in a cell contains a nucleoplasm, also known as karyoplasm, a nuclear membrane called the nuclear envelope, nucleolus, and chromosomes. The nucleus of a cell contains DNA, which controls the cell's growth, form, and function.

It is a solid, spherical-shaped structure inside the nucleus. Nucleolus is a non membrane bound organelle. The nucleolus is involved in protein synthesis by producing ribosomes, the cellular parts made of protein and ribosomal RNA. 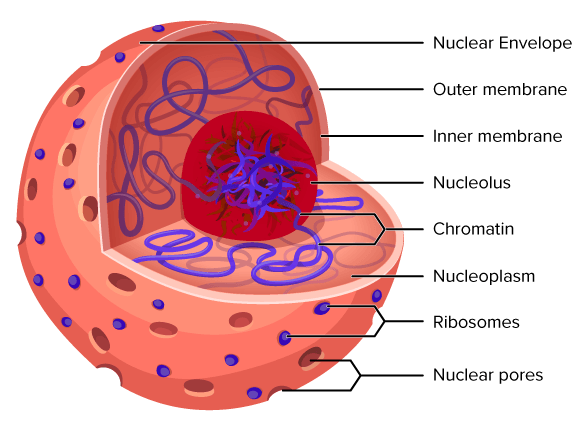 Following are the importance of the nucleus:

1. What is the main function of the nucleus?

The main function of the nucleus is to transport the energy molecules through nuclear pores and store genetic information.

2. What is a nucleus in simple words?

The Nucleus is an integral component of the cell, and It is a pivotal organelle responsible for maintaining all cellular activities. It is derived from the Latin word which means kernel of a nut.

3. What is the structure and function of the nucleus?

The Nucleus in a cell contains a nucleoplasm, also known as karyoplasm, a nuclear membrane also called the nuclear envelop, nucleolus, and chromosomes.

4. What is an example of the nucleus in real life?

The stomach is a real-life example of the nucleus, as it breaks down the food and transfers the energy molecules to the rest of the body.

5. What are the two functions of the nucleus?

6. What is the role of the nucleus in a cell?

We hope you enjoyed studying this lesson and learned something cool about Nucleus! Join our Discord community to get any questions you may have answered and to engage with other students just like you! Don't forget to download our App and check out our awesome VR room for this guide - we promise it makes studying much more fun 😎