Parts of a Cell Study Guide

🗻 Big Picture: There are a lot of different kinds of cells, but no matter the type, they all have at least 5 structures in common: DNA, a cell membrane, cytoplasm, a cytoskeleton, and ribosomes. Today we’re going to talk about each of these commonalities in detail to see what makes all cells alike!

What’s the difference between you and me? We both have skin, we both have a heart, we both love to learn (🤞) and we both have a brain. We might have different hair colors, or different noses, but for the most part, we’re made up of pretty similar stuff. Now, what about the difference between you and your cat? Well, there are a lot of things that each of us have that the other doesn’t. But once again, cats also have skin, and a heart, and a brain, and we’re pretty sure they like to learn too. The point is that even though we’re really different, there are some things that are always conserved between us. Cells are the same way. Though there are a lot of differences across them, there are some things that always stay the same no matter what. And that’s what we’re here to talk about today–what all cells have in common. Let’s get going.

Discovery of the Cell

The cell was first discovered by scientist Robert Hooke when he put a slice of cork under a microscope and noticed that it was divided into small sections that, according to him, looked similar to the small rooms that monks inhabited. What Hooke was really seeing was the dead cell walls of the plant cells that make up cork. Check out the image below to see what Hooke saw when looking at these cells up close. 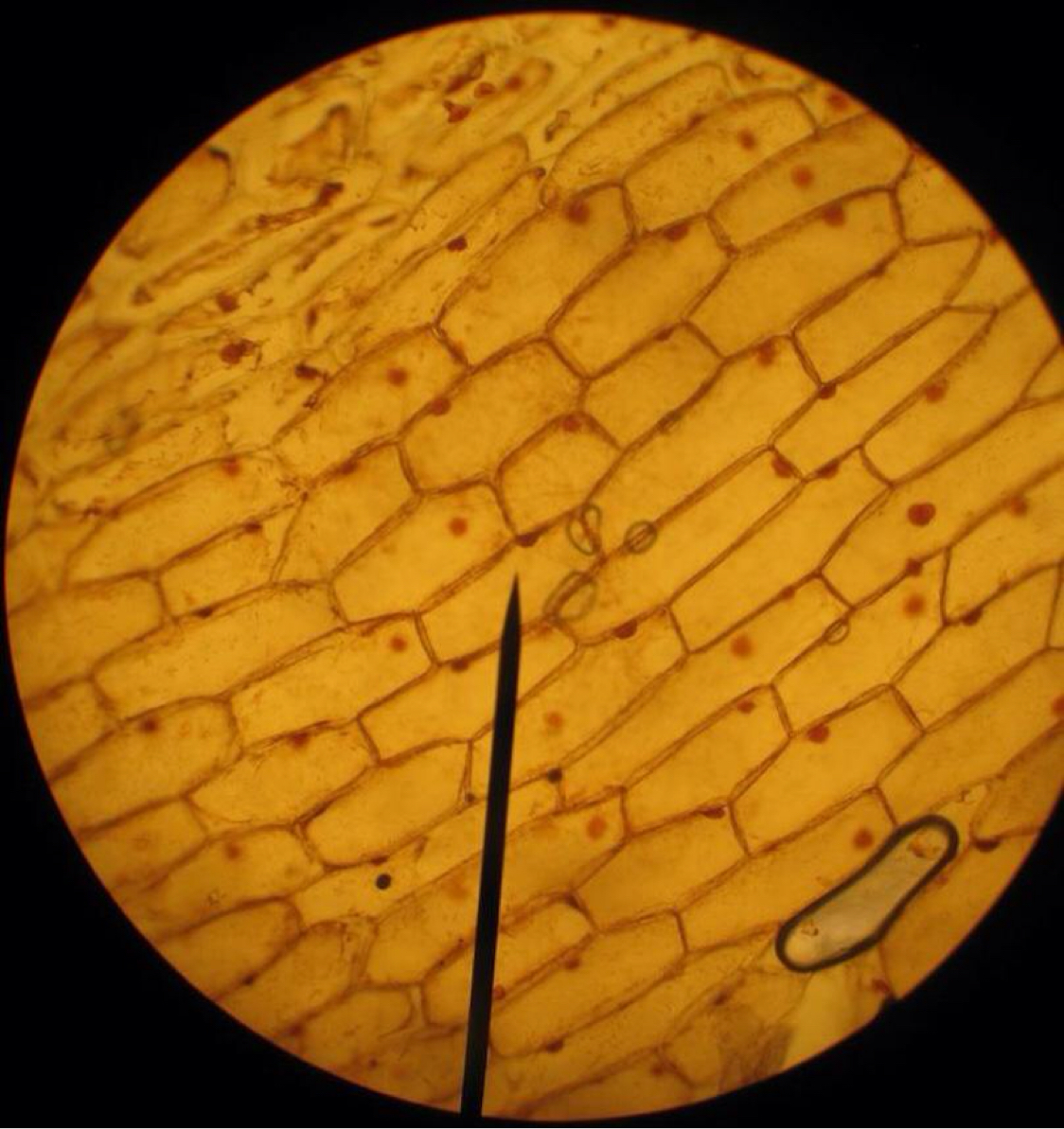 In 1674, the first live cell was witnessed by Anton van Leeuwenhoek, a Dutch scientist and businessman. He was also the first person to view bacteria, which he did by scraping plaque off his teeth and looking at it under a microscope (a groundbreaking scientific contribution, but respectfully, ew).

Both of these discoveries led to the proposition of the Classical Cell Theory by Theodor Schwann in 1839. This theory has three parts:

Pretty smart right? We still use this cell theory today, but a modern version with a few additions. First (fourth?), DNA is passed between cells during cell division. Second, the cells of all organisms of the same species are structurally and chemically the same. And third, energy flow occurs within cells.

What Do All Cells Have in Common?

Besides being super cool and interesting, all cells share some universal features, which include a plasma membrane, cytoplasm, cytoskeleton, DNA, and ribosomes. Let’s go over each below to learn about their structures and functions within a cell.

The Cell Membrane, also known as the Plasma Membrane, is the structure that separates a cell from its environment. It’s kind of like how our skin separates us from our environment (and thank god it does, without it a singular step into the filth of a New York City street would probably kill you on the spot). Two universal features of all membranes are semi-permeability and the lipid bilayer. Let’s go over them below.

While the core functions of the cell membrane are protection, providing a fixed, constant environment inside the cell, allowing cell-to-cell interaction, and structural support, there are many different versions of plasma membranes that are customized to each type of cell to support its functionality.

So what is cytoplasm anyway? Well, “cyto” means “cell”, and “plasm” means “stuff”, so we guess it’s…cell stuff? Honestly, it sort of is. Cytoplasm is a thick, gelatinous substance made mostly of water, salts, and proteins surrounded by the cell membrane. It is composed of all individual components inside the cell, including the cytoskeleton, cytosol, and every organelle but the nucleus (which has its own membrane with a substance inside called nucleoplasm).

Cytoplasm might seem free flowing and unstructured, but it’s actually highly coordinated by a component called the cytoskeleton that gives it structure and organization. Speaking of the cytoskeleton, let’s take a look at that next.

The Cytoskeleton of a cell is a network of protein filaments that differ in both size and protein composition. They fall into three classes: microtubules, actin filaments, and intermediate filaments. Let’s briefly go over them below.

The cytoskeleton has a lot of functions (more than our skeleton does for sure). It’s linked to the plasma membrane and creates an internal structure for the cell, providing support and giving it shape (which is important for animal cells that don’t have a cell wall or capsule to give them structure).

It also organizes and tethers the organelles, and occasionally helps them move throughout the cell when they need to. And as if that wasn’t enough, it also has a role in molecular transport, cell division, and cell signaling. Not to make it a competition, but, overall, cytoskeleton > human skeleton.

Ribosomes are organelles composed of RNA molecules and proteins that carry out the process of protein synthesis. Each is divided into two subunits, one large and one small. When not synthesizing proteins, these subunits remain unattached (💔). During protein synthesis, the two units combine and work together as one to translate mRNA and form a polypeptide chain that will eventually become a functional protein (❤️).

Basically, if a ribosome was you and your friend trying to assemble a chair, the small subunit would be the one reading the instruction manual, and the large subunit would be the one doing the actual work (not to say the small subunit isn't pulling its weight, those instruction manuals might as well be written in hieroglyphics).

If you want to learn more about ribosomes, check out this study guide here!

I think we can all name at least ONE thing about DNA–it’s the part of our bodies that carries our genetic information. Basically it’s what makes you, you. DNA, or deoxyribonucleic acid, is composed of chemical building blocks called Nucleotides. This composition is true for all organisms, but there are a few differences in the actual structure of DNA between prokaryotes and eukaryotes.

In both prokaryotes and eukaryotes, DNA specifies the structure and function of the organism that houses it. It’s found in pretty much every cell an organism possesses and is passed along from parent to offspring, which is why everyone says you have your dad’s eyes and your mom’s nose (customize that as you will).

1. What are the five universal parts found in every cell?

2. What are the three parts of Cell Theory?

3. What is the difference between prokaryotic and eukaryotic DNA?

4. What are the functions of the cytoskeleton?

Cytoplasm is a thick substance composed of water, salts, and proteins encased by the cell membrane in which all organelles but the nucleus are found.

6. What are the functions of the small and large subunit of a ribosome?

7. What are the two universal features of cell membranes?

Semipermeability and a lipid bilayer.

We hope you enjoyed studying this lesson and learned something cool about the Parts of a Cell. Join our Discord community to get any questions you may have answered and to engage with other students just like you! Don't forget to download our App to experience our fun, VR classrooms - we promise, it makes studying much more fun! 😎