What is the sodium-potassium pump?

One way ATP promotes active transport is to transfer phosphate groups directly to carrier proteins. This can change the shape of the carrier protein and allow molecules or ions to move to the other side of the membrane. The answer to many more questions, like what a sodium-potassium pump does or the function of a Sodium-Potassium Pump, is given below in the article. 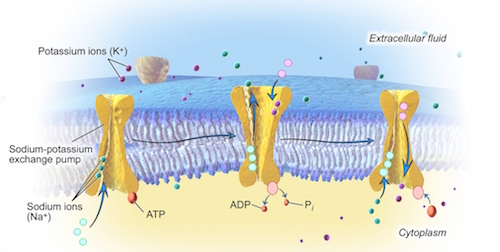 What is the purpose of the sodium-potassium pump?

What are the functions of the sodium-potassium pump?

What does the sodium-potassium pump do?

Since Na K ATPase is essential for maintaining various cellular functions, its inhibition can cause various pathological conditions. The role of the sodium-potassium pump is mentioned below: 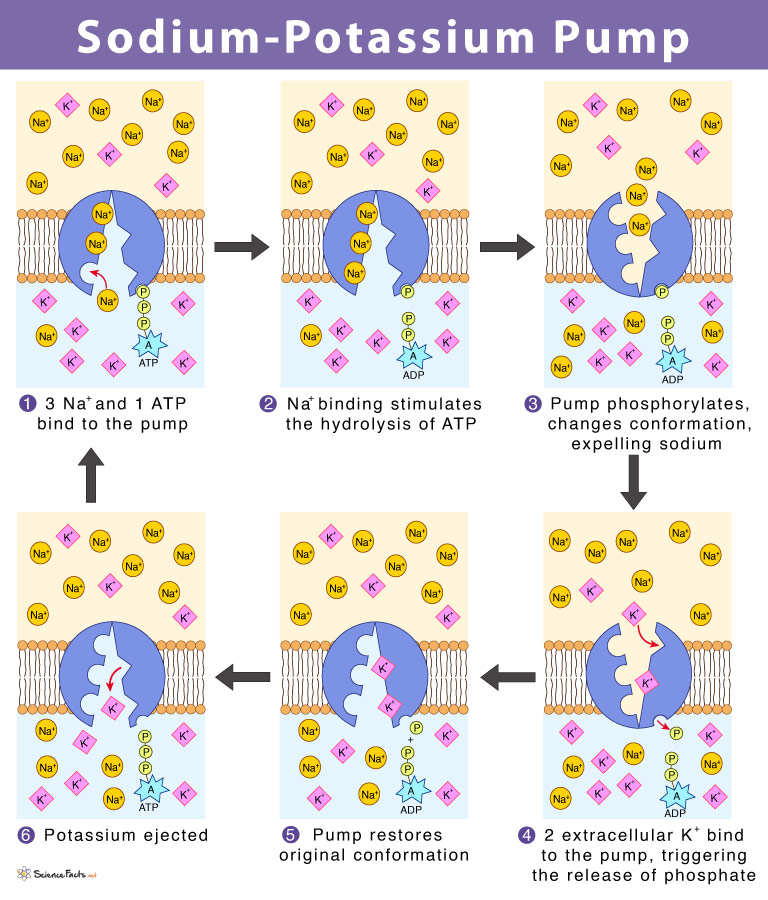 We hope you enjoyed studying this lesson and learned something cool about the Sodium-Potassium Pump! Join our Discord community to get any questions you may have answered and to engage with other students just like you! Don't forget to download our App and check out our awesome VR room for this guide - we promise it makes studying much more fun 😎