The characteristics of wetlands are soggy soils, water, and water-loving plants. They are supplied with water from the nearby freshwater or marine water body source. The water level keeps varying is one of the facts about wetlands.

Wetlands are regions that get submerged in water because of the runoff from the nearby water body, a stream, a river, or a sea. Wetlands can be freshwater or saltwater wetlands, depending on the water source. The characteristics of wetlands include soggy soils hydrated with water from a nearby water body that have plants growing in these soils by managing the fluctuating water supply to the soil.

The vegetation in these areas is hydrophytic vegetation, and the science of studying wetlands is known as wetland hydrology.

Different types of wetlands include freshwater, salt, and man-made wetlands. These are otherwise called inland, marine, or coastal and human-made wetlands. In this guide, we will focus on the naturally formed wetlands - freshwater and salt (marine) wetlands. Wetlands contain varying water levels.

Salt (marine) wetlands result in varying salt levels. These regions are depleted of oxygen and nutrient supply, and therefore, the plants need specialized structures for breathing and survival.

Marine wetlands in turn have many types:

They are also known as inland wetlands supplied by freshwater from the rivers and streams. These include waterfalls, marshes, swamps, bogs, fens, meadows, peats, and oases. The significant ones are the alpine and tundra wetlands, as they are seasonal, resulting from snowmelt during the summer season. 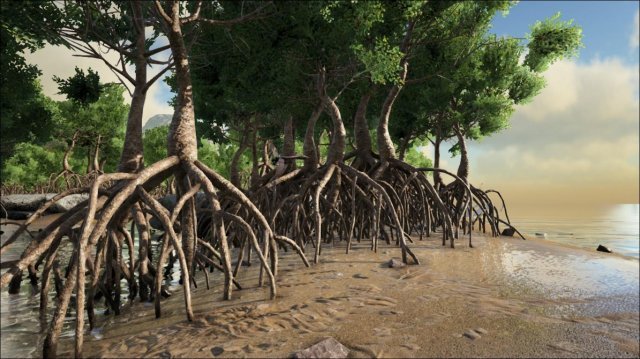 It is significant in the wetland biome because this ecosystem has more permanency in the water supply. This means the land is submerged in water throughout the year but at varying levels. These biomes are found in saltwater near the seas and near the rivers as freshwater swamps.

1. What are the 5 freshwater biomes?

The five freshwater biomes are waters of the ice sheets, glaciers and icebergs, lakes and ponds, rivers and streams, wetlands, and waterfalls.

2 What is a wetland biome?

A wetland biome is one in which there is a supply of water to the land most of the time in a year that the soil is submerged in this water and so is saturated and inundated. Plants growing in this region need to manage less dissolved oxygen because of increased water supply, less nutrient availability, and varying water levels. Mostly aquatic animals are found in this biome.

3. What is an example of a freshwater wetland?

A freshwater wetland is supplied with water from the nearby streams and rivers. Examples of freshwater wetland are marshes, sedge meadows, wet prairie, fens and seeps, swamps, and bogs. They have their characteristic fauna and flora depending on the soil's water seepage level.

4. What is a freshwater biome?

The freshwater biome is an aquatic biome that encompasses all the freshwater resources with low or no salt levels and its biotic and abiotic entities. Freshwater biomes are lakes and ponds, rivers and streams, waterfalls, and wetlands.

The climate of the freshwater biome is dependent on the location of the biome, season, and depth of water. So, the temperature of freshwater resources can vary from 65 to 75 F in summer and 35 to 45 F in winter.

5. What are 3 types of freshwater wetlands?

The three types of freshwater wetlands are marshes, swamps, and bogs. They are classified based on the rainfall-runoff or water seepage, which influences the water level, dissolved oxygen levels, and nutrient availability.

6. Why are wetlands called freshwater?

Water supply water from resources like lakes, ponds, streams, and rivers with less or no salt other than mineral runoff is called freshwater. The sodium chloride levels are very less.

7. What is in freshwater?

Freshwater indicates any water source with low concentrations of dissolved salts and other total dissolved solids and is from natural sources like liquid or frozen water.

8. Where are freshwater wetlands located in the world?

Freshwater wetlands are located worldwide but are not in a continuum, unlike marine biomes most of the time. The largest freshwater biome is Pantanal and is located in the Paraguay River. It is a seasonally flooded plain with a higher level of productivity in the world.

We hope you enjoyed studying this lesson and learned something cool about Freshwater and Wetland Biomes! Join our Discord community to get any questions you may have answered and to engage with other students just like you! Don't forget to download our App to experience our fun, VR classrooms - we promise, it makes studying much more fun! 😎