🗻 Big Picture: Ecological succession in biology is how a community evolves over time.

Succession in biology can be defined as the gradual process of change that occurs in our ecosystem. This change impacts the whole community which can occur in a new habitat or in a damaged or previously colonized habitat. Change in species over time can be observed in succession. Let’s learn more about this process in detail.

What is ecological succession?

Ecological Succession is the gradual changing of the species of plants present in a place as the environment changes. The term was coined when ecologists initially believed that one community of flora gave rise to the other as time progressed. However, it was later understood that succession is not as discrete as once thought.

Succession in biology includes multiple factors, such as species composition, structure, and architecture. Let's briefly elaborate on them below.

Going by the concept of plant succession, Primary Succession occurs in new lands and areas that have never seen colonization before. Some of the examples of such areas include:

Primary succession starts with the Pioneer Species of organisms colonizing the area. These are usually bacteria and lichens that thrive on rocks. Their action combined with the elements weathers rocks into finer soil, giving a substrate for simpler species such as grass to take roots. As the environment thrives, more soil and organic matter are added to the ground, paving the way for more complex plants such as shrubs and trees.

The Secondary Succession definition has to do with an area that was formerly inhabited but was disturbed due to sudden environmental factors, such as forest fires, floods, or human action.

This stage of succession happens faster than primary succession as the soil and organic matter needed to sustain a thriving community are already present. Secondary successions can be seen in regions that recuperate after a forest fire.

A Seral Community is on its way towards becoming an established climax community. It consists of primitive food chains and has a low degree of diversity. Since the variation in species is a few, the nutrients available are also a few.

When it comes to defining succession, the final stage is the establishment of the Climax Communities. These are fully developed communities that are adapted to the local climatic conditions. Although it can be thought of as a stable stage, there will be continued changes in the ecosystems. 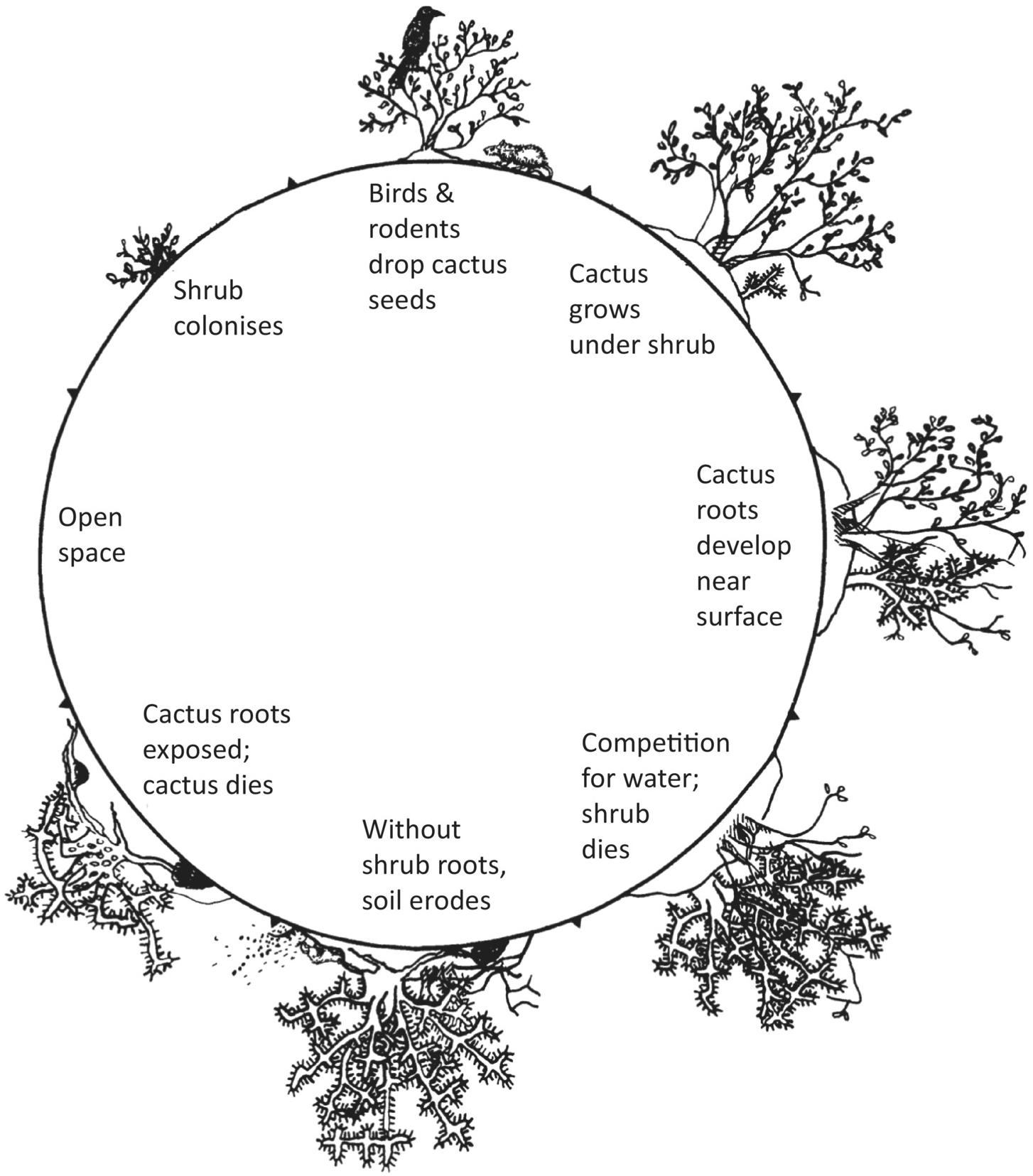 Cyclic Succession refers to the change in the ecosystem's structure periodically. It could correspond to weather cycles or other factors that favor one species to be dominant for a given time and drastically change in the next cycle. Plant succession in these systems can occur at a rapid pace.

1. What is succession in biology?

Succession in biology refers to how the structure of a community of plants changes over time. A simple species arrives in a new environment and makes gradual changes that allow a more diverse community to root.

2. What is an example of succession?

An example of the succession of plants can be seen in the development of ecosystems on islands. Rocks formed by volcanic activity are slowly weathered by the elements and simple organisms. Once a layer of soil is established, other plants can take root.

3. What are the 3 types of succession?

4. How does succession occur?

Succession occurs as a gradual process. Favorable and relatively stable environmental conditions allow simple organisms to modify an area. Eventually, when suitable, more complex species such as grass and shrub take root and continue modifying the ground. When there is enough soil and organic material, bigger trees grow and establish ecosystems.

5. What are primary and secondary succession?

Primary succession starts with the pioneer species of organisms such as bacteria and lichens colonizing a new area. In secondary succession, a previously colonized area is re-colonized after an event that destroyed the community.

We hope you enjoyed studying this lesson and learned something cool about Succession! Join our Discord community to get any questions you may have answered and to engage with other students just like you! Don't forget to download our App to experience our fun, VR classrooms - we promise, it makes studying much more fun! 😎