The endosymbiotic theory explains that eukaryotic cells' mitochondria and chloroplasts were once aerobic bacteria, and eukaryotic evolution can be explained through this.

Living things are classified under three major groups, namely Archaea, Bacteria, and Eukarya. The first two are classified under prokaryotes, while the third falls under eukaryotes. Very rare fossils have been found, which gives valuable information and helps discern the very first ancestor of each of these classes. The very early fossils that were discovered belonged to bacteria, and are commonly thought to be cyanobacteria.

These fossils are almost 3.5 billion years old, and are invaluable in helping us understand and put pieces of the puzzle together!

What event is thought to have contributed to the evolution of eukaryotes?

A complex endomembrane system supports eukaryotic cells and their intracellular compartmentalization. However, the biggest hallmark of a eukaryotic cell would be the mitochondria which is absent in even the most complex prokaryotic cell. Observing all this, it can be said that all kinds of eukaryotes ultimately came from the last eukaryotic ancestor, LECA. It is believed mitochondria evolved from LECA.

Cross-talking signaling networks diversely support the intracellular compartmentalization of the eukaryotic cell. The major one would be kinase-phosphatase machinery that assists in protein regulation. The ubiquitin network supports protein turnover, translation by microRNAs regulation. 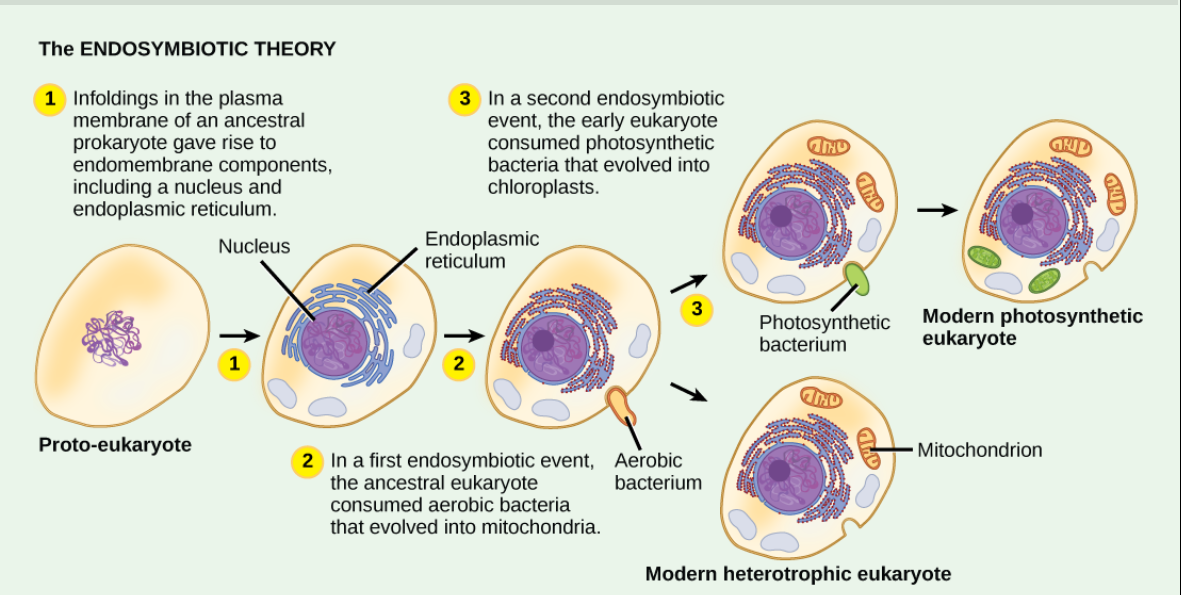 Margulis suggested that mitochondrial endosymbiosis initiated the evolution of the eukaryotic cell.

At first, this theory met a lot of resistance; however, at present, this is the most widely accepted theory that has helped uncover how mitochondria and chloroplasts arose in eukaryotic cells. It is now deduced that many of the replication processes are closely related to Archaea, while the metabolic organelles alongside genes that support energy-harvesting processes come from bacteria. 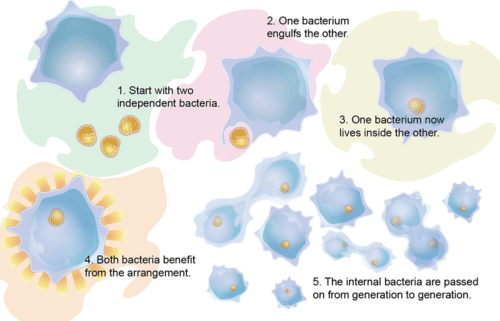 1. How did eukaryotes evolve?

The first eukaryotic cell developed due to the symbiotic relationship between two prokaryotic cells.

2. What evolved before eukaryotes?

3. What was the first eukaryote?

Protists were the first eukaryotes.

4. What kind of organisms are eukaryotes?

Eukaryotes are cells that come with membrane-bound organelles and a nucleus, unlike prokaryotes.

We hope you enjoyed studying this lesson and learned something cool about the Eukaryote Evolution! Join our Discord community to get any questions you may have answered and to engage with other students just like you! Don't forget to download our App to experience our fun, VR classrooms - we promise, it makes studying much more fun! 😎