Theory of evolution was given by Charles Darwin wherein he explained the existence of different species that share a common ancestry.

If we go by the theological concepts of the source of our existence, we find one thing in common in every sophisticated society, that human beings transcended to this planet from a divine source. This means we were "created" from head to toe by an all-powerful entity. However, this theological theory has its shortcomings from the scientific lens. The first and foremost lack of logic here becomes apparent when we ask, "why?". What was the need to create mortal beings on a random planet? Now, this leads to a train of thought that negates the religious theory of our being.

However, two gentlemen in the late 19th century broke the shackles of religious resistance and began their search for answers most suited according to science. These gentlemen were Charles Darwin and Alfred Russel Wallace. The Theory of evolution is a short term for "Darwin's Theory of Evolution by Natural Selection."

We must understand that this theory is just a hypothesis because we cannot put it to the test via scientific means. However, scientists agree to this because it puts forth the closest plausible explanation to our being. Without further ado, let's dive into the basics of this theory to understand our existence.

The true origin of the theory of evolution

In the contemporary world, we give the credit for the theory of evolution to Charles Darwin, which is fair. However, suppose we trace the source of this theory to know who developed the theory of evolution. In that case, we will find ourselves reading about a certain Greek philosopher named Anaximander of Miletus. Now, Anaximander tried reading about nature in 500 B.C.E and came up with the idea that human beings might have evolved from the fish. This made sense because he observed that human babies are helpless in their formative years, so there must be some primitive form that humans had that allowed them to evolve.

Now, he traced the source back to the fish because when the fish eggs hatch, the mother does not need to protect her newly born. A newly born fish already can swim and perform several other survival tasks.

Thus, it appeared to Anaximander that there might be a chance humans evolved from fishes. However, this "idea" lacked scientific backing because we could not subject it to natural tests.

It was impossible to prove the theory right or wrong without certain tests. However, in the 19th century, Charles Darwin published a book called "Origin of Species" also referred to as Charles Darwin theory that had scientific explanations for our ancestry. In this book, Darwin and Wallace explained how evolution occurred due to "Natural Selection."

What is the theory of evolution?

As discussed earlier, Darwin wrote a book called "Origin of Species" where he explained all the nuances about the evolution of living things. Darwin took the adaptive approach to support his hypothesis. According to Darwin, the species must adapt to their environment.

The adaptation is important because it will allow them to reproduce without natural hindrances and the danger of other predators. If the species adapt and reproduce, they will pass on their traits to the newer generation. 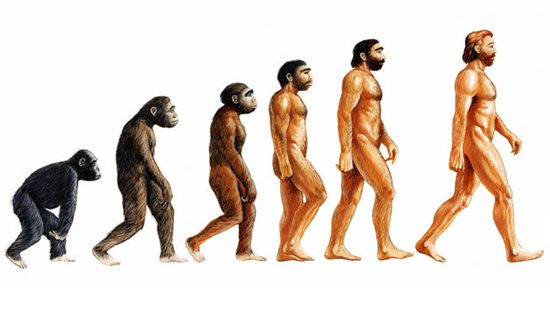 These new traits will help the newer generations adapt to harsh conditions and even develop enhanced versions of these traits. Darwin also observed that species that are reluctant to adapt would bear fewer offspring, and their chances of extinction will increase significantly.

We also find another hypothesis that certain species can have completely different traits despite coming from common ancestry. Great support to this hypothesis or an evolution theory could be the difference in beak structure in Galapagos. The study of the Galapagos also indicated that within a certain population also we can find differences in traits.

It is pertinent to note here that Darwin was unaware of the working of genetics when the book was published. He did not know the mechanism by which the traits are passed on. In the later century, when geneticists discovered the functioning of genes, Darwin's theory found further ground.

Genes are the tools that encode certain survival traits in themselves that are passed on from generation to generation. Similarly, Darwin was also oblivious to the idea of genetic mutation. In a given population, genes evolve according to the changing environmental conditions.

This change is to facilitate adaptation to the given conditions. Therefore, we find unique features in species that may not have existed in the past over the years. This is called a genetic mutation. These subsequent theories confirmed that the theory of evolution has a high certainty.

What is natural selection?

We all are aware of the artificial selection performed by humans where two animals of varying species or traits are interbred. The resulting offspring is expected to carry the best of both worlds, enhancing the industrial output. However, when discussing Darwin's theory of evolution, our major concern is natural selection. 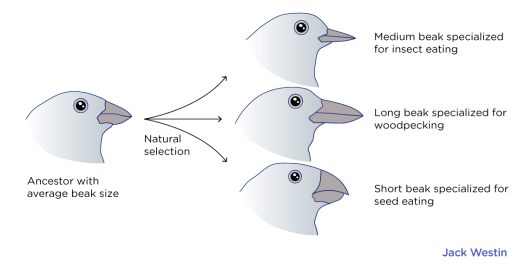 It is a phenomenon where natural events force the species to change their physical structure to facilitate adaptation. The continuous mutations due to natural selection result in a better reproduction rate, which is crucial for survival, as explained in the theory of evolution by natural selection.

Natural selection is often dubbed "survival of the fittest," which is a misnomer in its rights. Here, the term "fit" does not refer to a species' physical prowess or athletic capabilities; rather, it refers to a species ability to adapt to change.

Microselection is frequent small changes like changing color or size, apparent over generations. Also, microevolution only works in a small population. On the other hand, macroevolution takes years of evolution and usually results in a completely new species. One example of macroevolution could be the evolution of dinosaurs into birds.

1. What are the theories of evolution?

There is only one prominent theory of evolution. The "Theory of Evolution by Natural Selection" by Charles Darwin.

2. What are the five theories of evolution?

Five theories by Darwin are:

3. What is Charles Darwin's theory of evolution?

Charles Darwin's theory of evolution forwards a postulate that all species develop unique traits to survive and reproduce over an extended period. These unique traits are then passed on to the offspring for their survival.

4. What are five facts about Charles Darwin?

ii) He was born on the same day as Abraham Lincoln.

iii) He could not publish his work for 20 years.

iv) He dropped out of medical school.

We hope you enjoyed studying this lesson and learned something cool about Theory of Evolution! Join our Discord community to get any questions you may have answered and to engage with other students just like you! Don't forget to download our App to experience our fun, VR classrooms - we promise, it makes studying much more fun! 😎