🗻 Big Picture: Mendelian Inheritance is a type of inheritance pattern dependent on laws given by Gregor Mendel.

The iconic Mendelian laws, which are also known as Mendelian genetics, were proposed by the biologist, mathematician, and meteorologist Gregor Johann Mendel. Though they first came into the light in 1865 and 1866, Mendelian laws are still widely applied and play a vital role in genetics today.

What are Mendelian Genetics?

Mendelian Genetics were formulated by Gregor Mendel and are stated as: 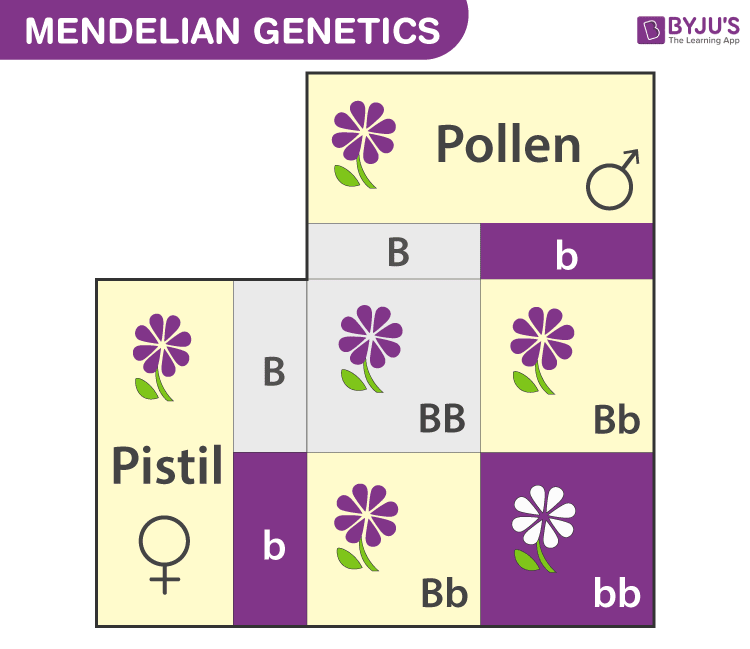 The history of Mendelian Genetics can be traced back to Mendel's work on plant hybridization. Mendel conducted several experiments on plants and studied multiple progenies to understand how inhertance worked.

The experimental work by Gregor Mendel was a stepping stone for modern genetics. In the years preceding Mendel's work, the blending characteristics theory was the dominant theory. At that time, it was believed that parental units blend like colors to produce a new characteristic.

In an inheritance pattern, the Mendelian trait is controlled by only one locus. The locus is a tightly fixed position on the surface of the chromosome where any gene is located. Hence, according to Mendel's genetic principles, chances are there for the mutation in single genes to cause diseases that are inherited from the same principles. Latent ones are moreover inherited without any notice by hereditary carriers. Some major examples of mendelian patterns of inheritance are cystic fibrosis, sickle cell anemia, and xeroderma pigmentosa. 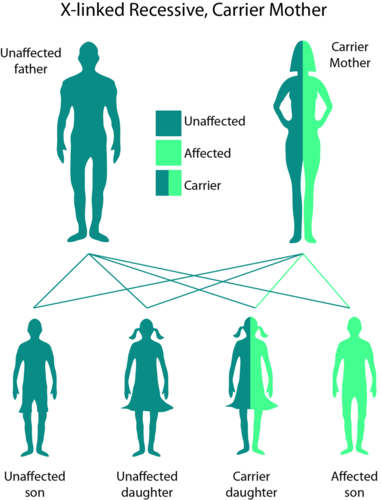 Autosomal traits are controlled by genes located on the 22 autosomes. All 22 chromosomes except X and Y are autosomal traits. These are inherited via simple Mendelian inheritance. 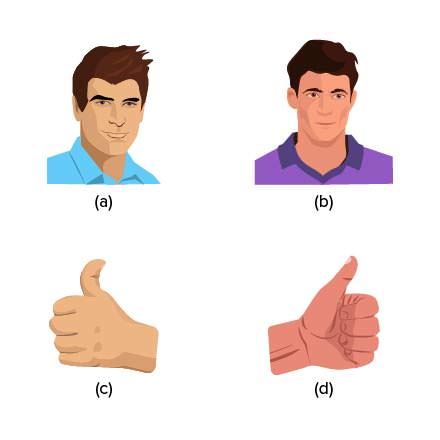 Mendel came up with genetic discoveries, which included the following outcomes:

1. What are Mendelian Laws of Inheritance?

The laws which were proposed by Gregor Mendel and were later named the Mendelian Laws of Inheritance are:

2. What is an example of Mendelian inheritance?

3. What are the 3 Mendelian patterns of inheritance?

The main and major patterns which are associated with Mendelian inheritance are autosomal dominant, autosomal recessive, and X-linked. Mendelian patterns generally refer to traits that are observable and have nothing to do with genes.

4. What is meant by Mendelian?

Mendelian refers to the laws which were proposed by Gregor Mendel.

5. What are the basic 4 modes of inheritance?

Modes are referred to as the ways in which any genetic trait is passed on from one generation to the other. There are 4 possible modes for an inheritance, which are as follows:

We hope you enjoyed studying this lesson and learned something cool about Mendelian Inheritance! Join our Discord community to get any questions you may have answered and to engage with other students just like you! Don't forget to download our App to experience our fun, VR classrooms - we promise, it makes studying much more fun! 😎