Mendel's pea plant experiment helped define various traits among plants and humans. It led to the development of monohybrid and dihybrid cross concepts.

The Gregor Mendel pea plant experiment was conducted between 1856 and 1863. Mendel selected several specific pea traits and performed cross-pollination or artificial pollination in pea lines with stable trait inheritance that were continuously self-pollinating.

Why did Mendel choose a pea plant for the experiment?

Mendel used a pea plant as a test subject and looked for seven distinct features in the plants. Then he carried out both tests to figure out the inheritance laws mentioned above.

To discover the rules of heredity, Mendel undertook two major experiments. These were the experiments: In this experiment, Mendel mated two pure breeding (self-pollinating) pea plants with opposing qualities (one short and one tall). He did this by manually transferring the pollen from one type of pea plant to the other type. The first generation cross was termed P plants (parental). He named the first generation offspring F1 progeny because they were tall. He let the F1 generation self fertilize, and noticed that the F2 generation had BOTH tall and short plants in a ratio of 3:1! This was unlike the F1 generation where all the plants were tall.

Mendel repeated the experiment with additional opposing features, such as green vs. yellow peas, round vs. wrinkled peas, and so on. He discovered that the outcomes were consistent in all of the situations. He developed the rules of segregation and dominance as a result of this. 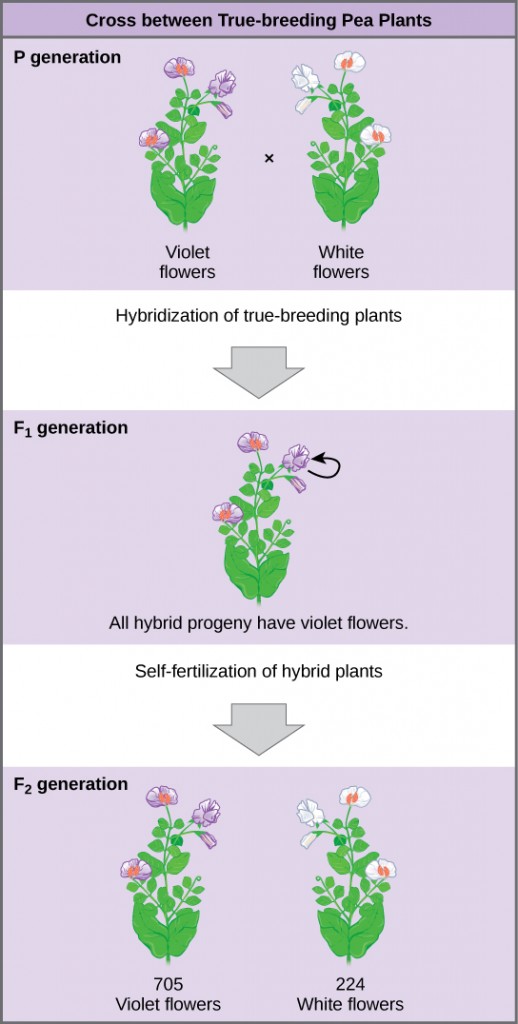 In the first experiment, Mendel only experimented with one trait - tall vs short. In the dihybrid cross experiment, Mendel evaluated two distinct traits - color AND seed shape. When he mixed wrinkled-green seeds with round-yellow seeds, he discovered that 100% of the F1 offspring were round-yellow. This meant that the circular form and yellow color were the most prominent features. He soon came to identify these as dominant traits. 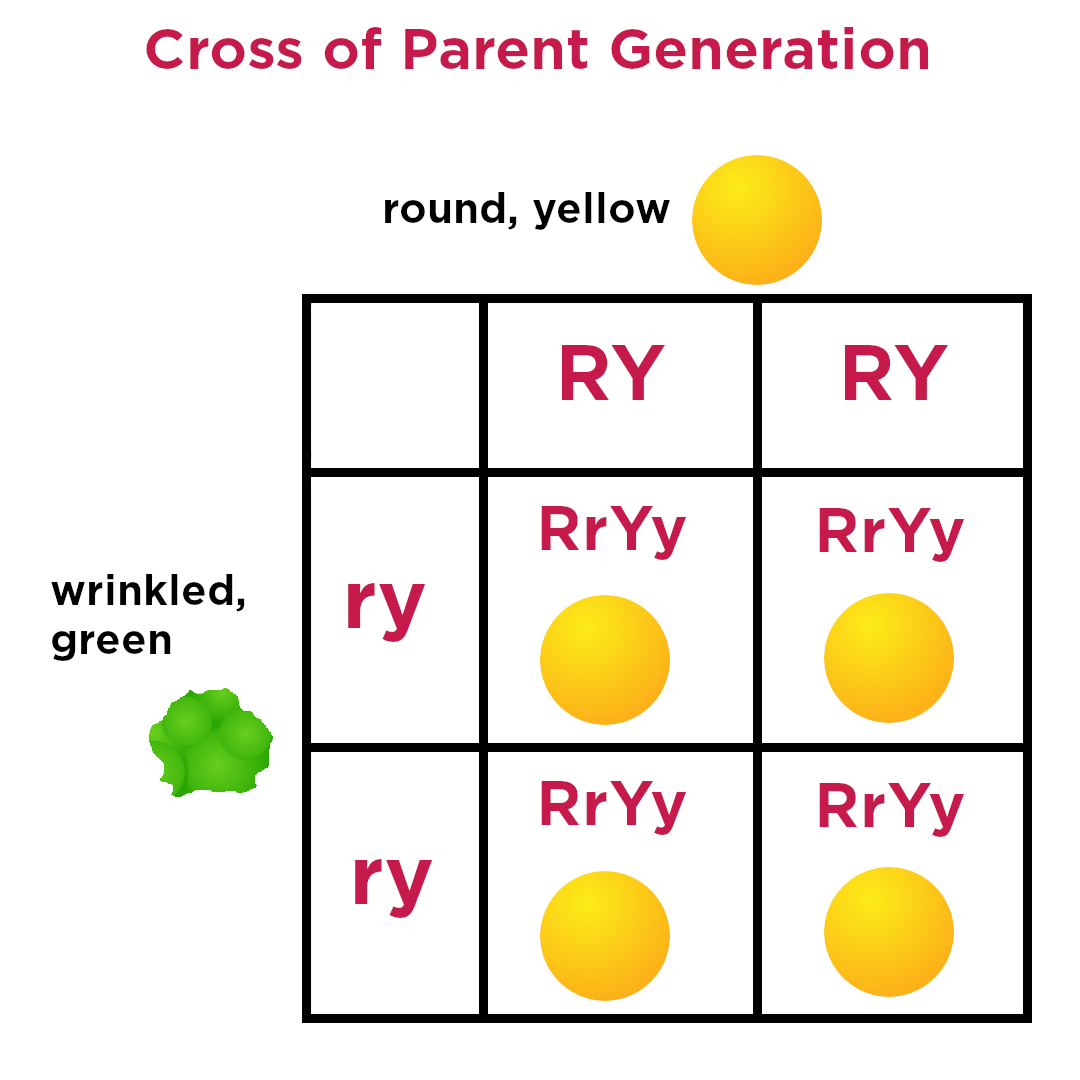 He then self-pollinated the F1 progeny and acquired four distinct characteristics in the ratio 9:3:3:1: wrinkled-yellow, round-yellow, wrinkled-green seeds, and round-green.

From the above two experiments, Mendel formulated three laws of inheritance:

1. Law of Dominance: According to the law of dominance, hybrid children will only acquire the dominant characteristic in the phenotypic. The repressed alleles are recessive traits, whereas the alleles that define the characters are referred to as dormant traits.

2. Law of Segregation: According to the segregation rule, each individual has two alleles, and only one allele is handed down to the children.

1. What was Mendel's famous experiment?

Between 1857 and 1864, he conducted his most renowned research, during which he produced 10,000 pea plants. Pea plants are hermaphroditic, meaning they have male and female sex cells and are typically self-fertilized. By spreading pollen using a paintbrush, Mendel could cross-breed the plants.

2. What are the three steps of Mendel's experiments?

3. What was Mendel's first experiment?

4. What was Mendel's second experiment?

Mendel conducted a second experiment in which he cross-pollinated two true-breeding plants for two opposing qualities and maintained the experiment for three generations.

5. What was the purpose of Mendel's experiment?

The primary goal of Mendel's studies was to see if the characteristics were invariably recessive. Whether or not qualities interact as they are passed down through the generations. Whether or not DNA has the ability to change attributes.

6. What were the results of Mendel's experiments?

He established that qualities are consistently transferred from parents to children in dominant and recessive patterns, regardless of other traits.

8. What 7 traits did Mendel study?

9. How do Mendel's experiments show that traits may be dominant or recessive?

By creating a monohybrid cross, Mendel demonstrated that the Traits could be dominant or recessive. The F1 generation of a monohybrid cross between two pure breeding types always produced hybrid progeny displaying one parental characteristic while the opposing trait was never displayed.

We hope you enjoyed studying this lesson and learned something cool about Mendel’s Experiments! Join our Discord community to get any questions you may have answered and to engage with other students just like you! Don't forget to download our App to experience our fun, VR classrooms - we promise, it makes studying much more fun! 😎