Here, we will study a table named Punnett square. This table is useful in calculating the probabilities of offspring with certain genetic characteristics.

Alleles: A person's characteristics are the consequence of how the genetic material is paired. This genetic material is known as alleles. It is the framework of these alleles that determines the traits of an individual, like hair color, eye color, height, etc. Certain alleles are dominant, and certain are regressive. A person with one or two dominant alleles exhibits the dominant trait. And a person who has two recessive alleles displays the recessive characteristic.

Genotype: The specific pairing of alleles that an individual inherits that code for a specific trait, is known as a genotype.

Phenotype: The actual physical trait or appearance is known as the phenotype - meaning regardless of the actual genotype, the phenotype is the resulting characteristic of that genotype.

Confusing, right? Let’s look at an example. What determines the hair color of an individual? 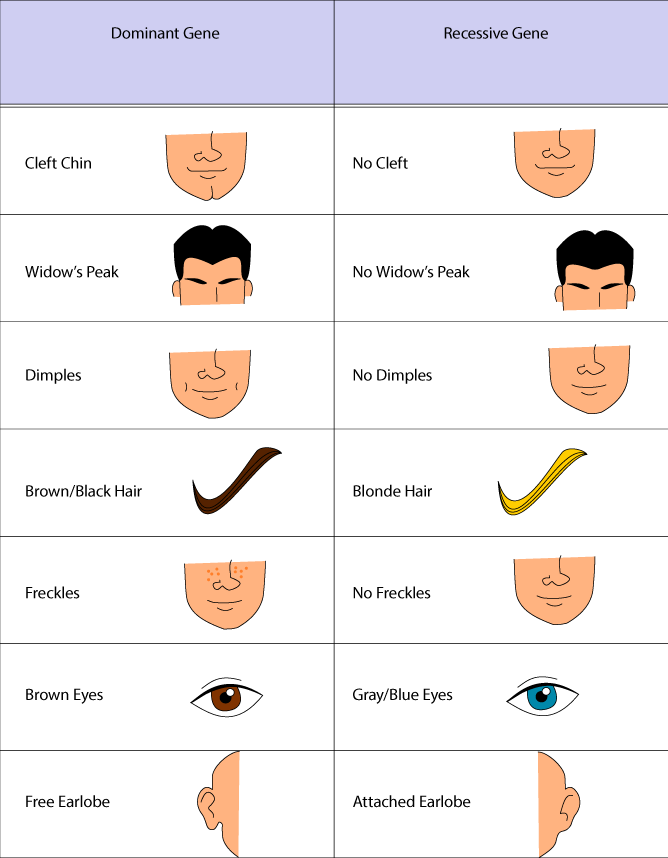 Now let us talk about the composition of genotypes. A genotype like BB or bb has alleles identical. When a person has this type of genotype, he is known as homozygous. When a genotype is like Bb, the alleles will be different from each other. When an individual has this kind of pairing, this case will be heterogeneous.

Each of the parents possesses a pair of alleles. The parents individually give one of these alleles to their progeny. This is how the descendant derives the pair of its alleles. When we know the parents' genotype, we can expect the genotype and phenotype of the descendant. It has been observed that 50% of each parent's alleles are carried forward to the descendant.

Below is a gene and allele diagram for better understanding: 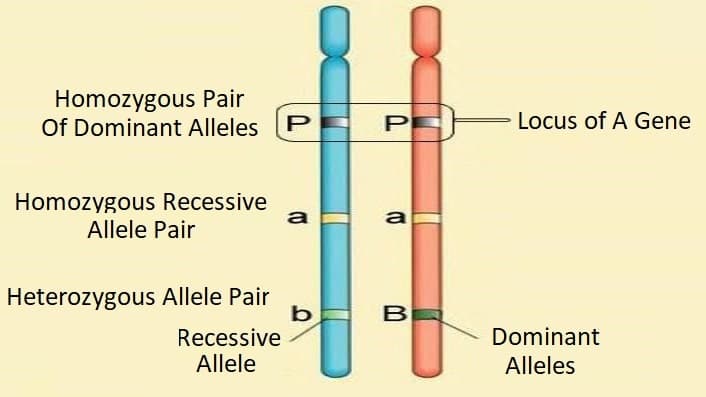 The enumeration above can be more concisely shown by employing a Punnett square. Representation like this is named after Reginald C. Punnett.

What is Punnett square?

A Punnett square comprises a tabular representation that registers all the possible genotypes of the descendant. The parents' genotypes are usually marked outside the Punnett square. The input of each cell in the table is decided by observing the alleles in the column and row of that input.

Let’s put together Punnett square examples for all probable conditions of a single characteristic.

When both parents are homozygous:

All the descendants will possess a matching genotype when both mother and father are homozygous. Let's study the cross between BB and bb. In the tabular presentation below, the parents are represented in bold.

Now all the descendants are heterogeneous, with the genotype of Bb. What's a monohybrid cross Punnett square? This is a tabular representation of a genic combination between two persons who have homozygous genotypes (genotypes having recessive alleles or completely dominant alleles).

When one parent is homozygous:

When the parent is homozygous and has two dominant alleles, all the descendants will have the same dominant trait phenotype. To put it another way, there is a ten out of ten possibility that when a descendant has a pairing of that nature, this pairing will show the dominant phenotype. Now we can also study that there is a possibility that the homozygous parent has two recessive alleles. Now half of the descendants will show the recessive trait with genotype bb. The other half will show the dominant trait, with heterozygous genotype Bb. 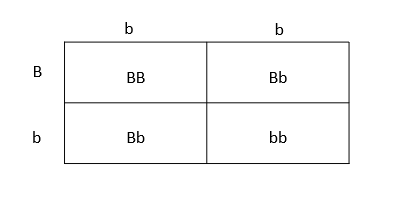 When both parents are heterozygous:

What is a dihybrid Punnett square?

In this case, both parents are heterozygous, and one allele for each characteristic shows absolute dominance. This means that both parents have recessive alleles but exhibit the dominant phenotype.

What is a trihybrid cross Punnett square?

1. How do Punnett squares predict the probability?

A Punnett square predicts the percentages of phenotypes in the descendant by studying across from recognized genotypes of both parents.

2. How do you find the probability of offspring using a Punnett square?

3. How do you find the probability of an offspring?

You have to divide the number of boxes having an allele dominant by four. Now you multiply the result by 100. This result gives you the probability that an offspring will have the dominant trait. For example (2/4)*100 = 50, therefore there is a 50% probability of an offspring having brown hair.

4. What is probability and how does it relate to genetics?

Probability is a technique applied to predict the possibilities of indefinite results. It is significant for the domain of genetics. It is applied to tell the traits concealed in the genome by the dominant alleles.

5. What is the probability of a heterozygous offspring?

Making a 4x4 Punnett Square is quite challenging. However, it becomes easy when we use a dihybrid cross calculator.

We hope you enjoyed studying this lesson and learned something cool about Probability in Inheritance - Punnett Squares! Join our Discord community to get any questions you may have answered and to engage with other students just like you! Don't forget to download our App to experience our fun, VR classrooms - we promise, it makes studying much more fun! 😎

Continue your learning journey by learning more about genetics: