Bioterrorism means using microorganisms or infected samples to cause terror and panic in populations.

Bioterrorism is a form of terrorism involving the use of infectious agents or other harmful biological or biochemical substances as weapons of terrorism leading to loss of life. 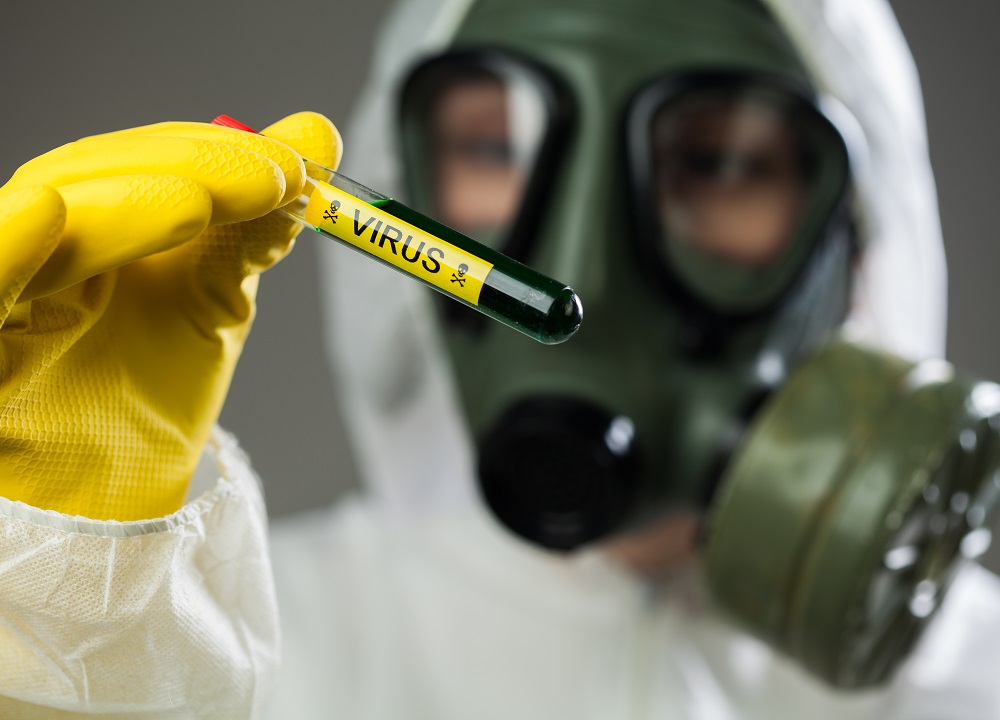 A biological attack is a planned release of viruses, bacteria, or germs that can severely affect people's lives, animals, or crops. Such an attack can lead to illness, death, fear, social and economic damage.

Biological weapons are any disease-causing bacteria, virus, or natural toxin combined with a delivery mechanism into an environment for hostile purpose and is used against an ‘enemy,’ with the intent to cause destruction.

Types of Agents and Diseases

Botulism is transmitted through food. It is caused by a toxin that attacks the nerve cells of the body.

A plague is an infectious disease that spreads quickly and kills a large number of people. The bubonic plague was in fact named the ‘Black Death’ and took the lives of millions in Europe during the middle ages.

It is a serious infectious disease that causes a high temperature resulting in fever and leaving marks on the skin. In earlier times, many people died because of smallpox. However, with the smallpox vaccine, the disease was eradicated.

1. What are the three bioterrorism threat levels?

2. What are the symptoms of bioterrorism?

The symptoms of exposure to a biological agent might include sore throat, fever, double vision, rash on the skin, exhaustion, difficulty talking, confusion, weakness, nausea, body pain, vomit, diarrhea, and coughing, and cold.

3. What is the purpose of bioterrorism?

Bioterrorism is the planned release of viruses, bacteria, or another harmful virus to cause ill health or death in people, animals, or plants.

4. Is bioterrorism good or bad?

Attacks with biological weapons are a real threat, and responsible government agencies need to be aware of this.

5. When was bioterrorism first used?

One of the first bioterrorism uses of biological warfare occurred in 1347 when Mongol forces were reported to have catapulted plague-infested bodies over the walls into the Black Sea port of Caffa at Genoese trade center in the Crimean Peninsula.

7. What are bioterrorism attacks?

A biological attack or bioterrorism is the planned release of viruses, bacteria, or germs that sicken or kill people, crops, or livestock.

8. What is the problem with bioterrorism?

Bioterrorism and other high consequence biological events can result in mass casualties, epidemic illness, healthcare worker illness, environmental contamination, legal issues, and cause unease within the medical community and the community.

We hope you enjoyed studying this lesson and learned something cool about Bioterrorism! Join our Discord community to get any questions you may have answered and to engage with other students just like you! Don't forget to download our App to experience our fun, VR classrooms - we promise, it makes studying much more fun!