An ovum (plural ova) is a single cell produced from one of the female reproductive organs, the ovaries, that can grow into a new organism after being fertilized with a sperm cell.

Ova is the largest human cell, with a diameter of up to 0.2 mm. They are the equivalent of a female gamete, have a spherical form and are created during embryological development in the ovaries.

Let's dive deeper into understanding egg cells and how they develop in the human body.

Structure of an Egg Cell: 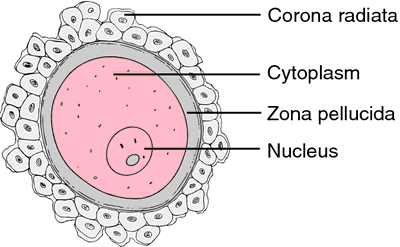 Important factors about the Human Ovum and Reproduction

The merging of two different sex cells termed gametes results in sexual reproduction. Female gametes are known as eggs or ova, while male sex cells are known as spermatozoa. Fertilization and the formation of a zygote happen after both fuse together.

Development of the Egg Cell:

The egg's development begins before the female who carries it, is even born. By the time the female is born, all of the egg cells that the ovaries will release during the active reproductive years of the female have already been present in the ovaries. These cells are known as primary oocytes. 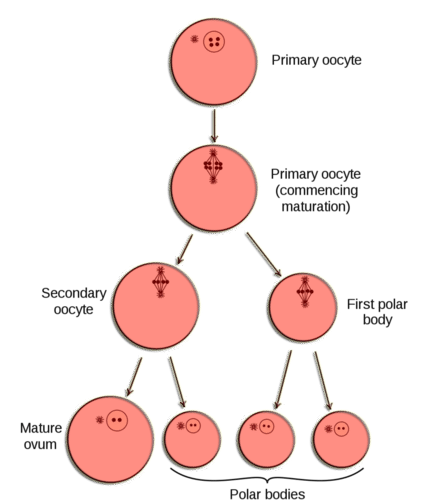 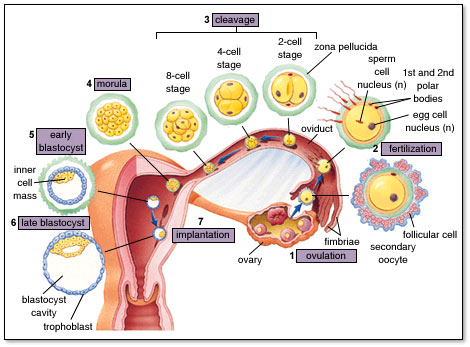 1. What is the name for egg cells?

2. What produces an egg cell?

Yes, the human egg is also a type of cell known as a sex cell or female gamete.

Sperms are male gamete cells produced by the testes. And like all other types of cells present in a human body, sperms are also living.

Each sperm cell is about 0.002 inches or about 50 micrometers in length.

6. Can a woman be born without egg cells?

In certain genetic conditions like turner’s syndrome, a female individual is born without egg cells in the ovaries leading to permanent sterility. Certain infections during fetal development can also lead to no eggs in the ovaries.

7. What is in the sperm cells?

A sperm cell contains genetic material; the acrosome head contains enzymes that help the sperm penetrate the egg cell during fertilization, mitochondria, and a microfilament that makes up the tail.

We hope you enjoyed studying this lesson and learned something cool about Egg Cells! Join our Discord community to get any questions you may have answered and to engage with other students just like you! Don't forget to download our App to experience our fun, VR classrooms - we promise, it makes studying much more fun! 😎