The human body is a complex living system. The reproductive system is a fascinating part of the human body. From the time of conception, fertilization of the egg through implantation, the embryonic stage, fetal development, and ultimately the birth of the baby. Each stage of baby growth during pregnancy, from embryo development to fetus development through the three trimesters, is critical to the baby's normal development in the womb.

What is an Embryo?

An embryo is a human organism in the early stages of growth and differentiation, from fertilization to the beginning of the third month of pregnancy.

Growth and Development of the Embryo:

Human life starts as a single cell and soon grows into an embryo. The blastocyst (an early stage embryo after 5-7 days of fertilization) is called an embryo after implantation occurs.

Following fertilization, the embryonic stage lasts through the eighth week. During this time, the embryo grows in size and becomes more complex. It develops specialized cells and tissues and starts to form most organs. 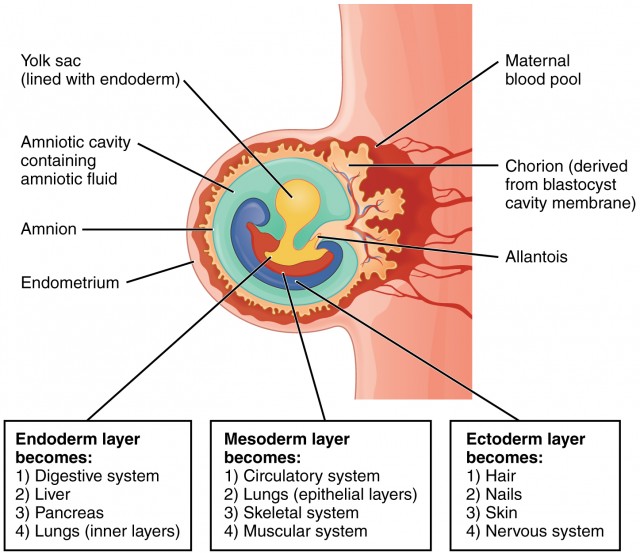 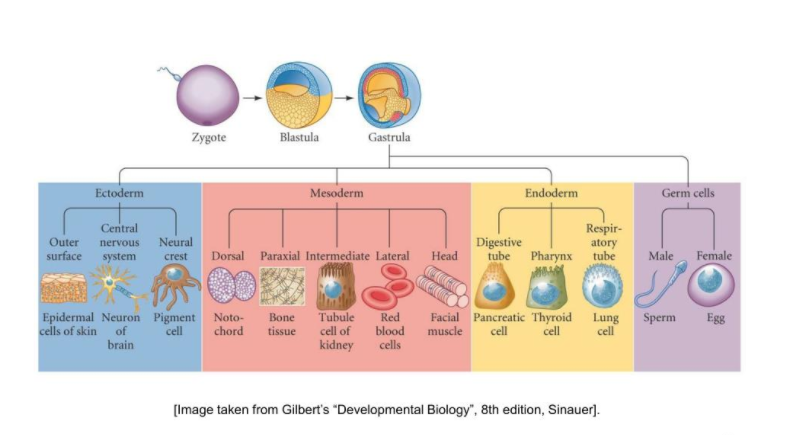 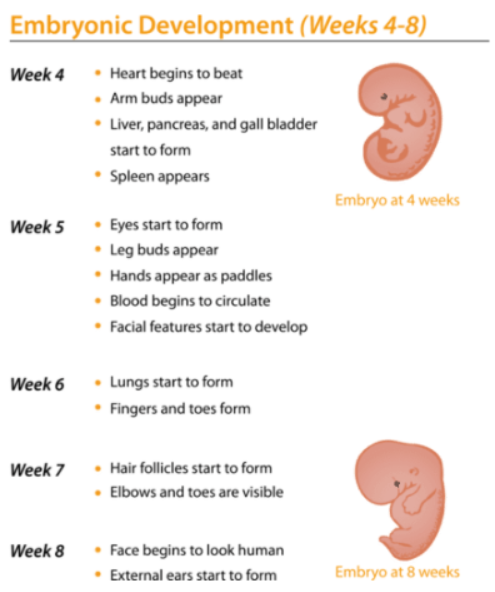 The fetal development during stages of pregnancy is broadly divided into trimesters.

Second trimester: The 2nd trimester is considered the best part of the pregnancy experience. By this time, morning sickness has probably stopped, and discomforts of pregnancy have disappeared or become almost negligible.

Third trimester: Each week of this final development helps the fetus prepare for birth in the final trimester of the pregnancy. The fetus gains weight quickly, adding body fat to help after birth.

1. How much does an embryo grow each week?

The embryo is constantly and rapidly growing every week. It develops in size and complexity-developing specialized cells and tissues. It also starts to form most organs.

2. How quickly does an embryo grow?

During the first 8 weeks, the embryo grows rapidly and becomes a fully formed Fetus by the end of the first trimester. The fetus weighs approximately 15-30 grams, measuring 3-4 inches in length.

3. What is the growing embryo?

The embryo is growing in the 8 weeks following fertilization. During this period, the embryo grows in size and becomes more complex. The embryo develops specialized cells and tissues and starts to form most organs.

4. What happens when an embryo grows?

The embryo is constantly growing, with several remarkable changes beginning to form and grow at every stage. By the end of the 1st trimester, the embryo is called a fetus.

An embryo is a baby in its early stage of development, in which critical organs and body structures are formed. The embryo is considered to be the early stage of human development. The terms embryo and fetus refer to the developing baby inside the mother's womb.

6. Does an embryo have a heartbeat?

The '14-day rule is an international ethical standard for human embryo research that limits research on human embryos to a maximum period of 14 days after their creation through In-vitro fertilization or to the equivalent stage of development normally attributed to a 14‐day‐old embryo. It has been in place for decades and written into law in many countries.

8. How do I know implantation has occurred?

The following symptoms are indications that implantation has occurred.

We hope you enjoyed studying this lesson and learned something cool about Embryo Growth! Join our Discord community to get any questions you may have answered and to engage with other students just like you! Don't forget to download our App to experience our fun, VR classrooms - we promise, it makes studying much more fun! 😎