The fusion of male gamete (sperms) and female gamete (ovum) to form a diploid zygote is called fertilization. Let's dive a little deeper into this amazing process!

Fertilization is referred to as the fusion of the male gamete (sperm) with the female gamete (egg) to form an embryo. It usually occurs within the fallopian tube of the female, after which the fertilized egg implants itself into the walls of the uterus.

During the act of sex, the male releases sperm into the female's vagina near the cervix (copulation). This is referred to as insemination. A single ejaculation might contain up to 300 million sperm. 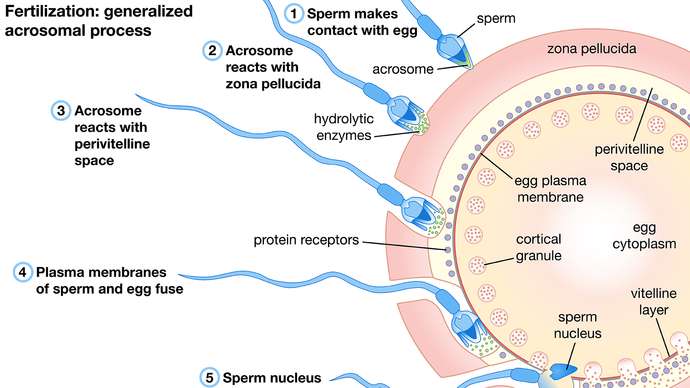 2. Movement of sperms into the fallopian tube

3. Movement of the secondary oocyte into the fallopian tube 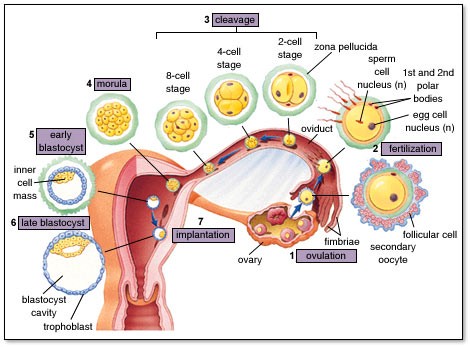 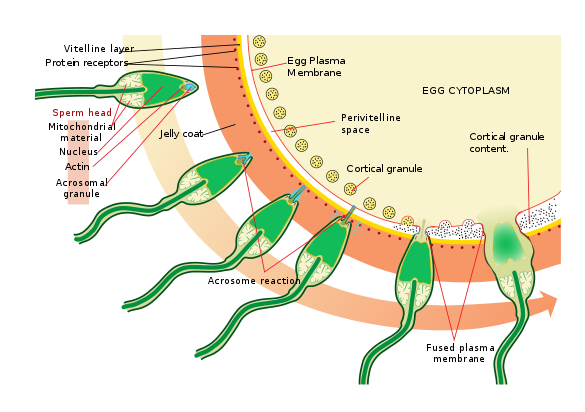 In humans, the zygote is a diploid unicellular cell with 46 chromosomes.

1. What is the fertilization process?

Fusion of haploid male and female gametes to form a diploid zygote is known as fertilization.

2. What are the 4 steps of fertilization?

4. How long can sperm live?

Inside the female body, sperm can survive for upto 5-7 days.

5. Where do sperm and egg join together?

6. How does fertilization take place?

We hope you enjoyed studying this lesson and learned something cool about Fertilization! Join our Discord community to get any questions you may have answered and to engage with other students just like you! Don't forget to download our App to experience our fun, VR classrooms - we promise, it makes studying much more fun! 😎