🗻Big Picture: Lungs are special vascularized bags that are used by terrestrial forms (e.g. humans, apes, etc.) for the exchange of gases.

2. Explain what happens if we try to swallow while breathing.

3. Explain the role of the double membraned structure around the lungs.

🤯 Lungs comprise of the branching network of bronchi, bronchioles and alveoli.

4. Define the processes of breathing and respiration.

🤯 The oxygen metabolises in the mitochondria to prduce ATP- the energy currency of our cells. Meanwhile, the opposite is true for plants. While performing photosynthesis plants release oxygen to produce food for themselves.

5. Explain why the lungs are said to be anatomically in an 'air-tight' chamber.

👆 Important point to note: Such an arrangement is essential for breathing, as we cannot directly alter the pulmonary volume.

6. Explain inspiration, expiration and the set of muscles involved in these two activities.

7. How does the exchange of gases occur in the lungs? 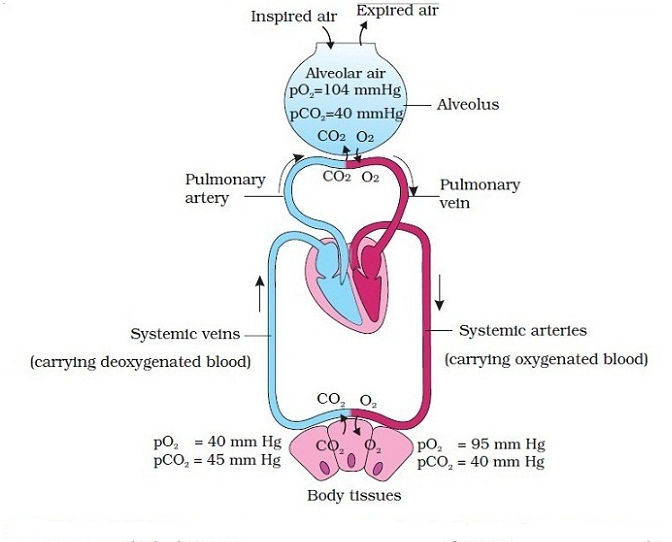 8. How are oxygen and carbon dioxide transported in the bloodstream?

9. What is carbonic anhydrase, and what is its role in respiration?

10. How is respiration regulated?

11. What are some common respiratory disorders?

We hope you enjoyed studying this lesson and learned something cool about the Respiratory System! Join our Discord community to get any questions you may have answered and to engage with other students just like you! Don't forget to download our App and check out our awesome VR room for this guide - we promise, it makes studying much more fun 😎