🗻 Big Picture: Everything that exists on earth is categorized into one of twelve levels depending on their level of complexity. This ranges from something as small as a single atom to something as large as the earth's biosphere. This study guide will cover both the atom and the biosphere, and every level in between!

It is worth noting that the first three levels are not technically "alive". However, atoms, molecules, and organelles are the building blocks of living things, and are often included when considering biological organization. So let’s start with the very first level–the atom!

The First Level of Organization is the __Atom__–the fundamental unit of matter. Everything else in the world that you could possibly think of is made of atoms. If you took your dog for example, and broke it down into tinier and tinier pieces (we don’t recommend this), the smallest one possible one would be–you guessed it–an atom!

The Second Level of Organization is the Molecule. Molecules are formed when two or more atoms meet and chemically bond to one another (even molecules have a better love story than Jailey, and you can’t convince us otherwise). They can be made of the same or multiple elements, and can be very simple like H2, or really complex like C8H10N4O2 (which is the chemical formula for our best friend caffeine ☕️💞).

Molecules are the smallest version of an element or compound that still retain its chemical properties (you can’t break down a caffeine molecule into smaller pieces and still have it work as caffeine). But smaller molecules can undergo a process called polymerization, during which a bunch of them combine to form a large chainlike or network molecule that we call a macromolecule, an example of which is DNA. But in the end, big or not, macromolecules are still molecules, and are thus categorized within the second level of biological organization.

The Third Level of Organization is Organelles. The word organelle translates to ‘little organ’, which is as cute as it is accurate. They basically do for a cell what our organs do for us, carrying out all of the duties necessary to keep us alive and functioning.

In eukaryotic cells, the largest organelle is the nucleus, which stores DNA and pretty much runs the cell’s control room. Other organelles you might’ve heard of include mitochondria (yes, the powerhouse) or chloroplasts (the photosynthesis ones), though there are many, many more depending on the organism in question. If you’re interested, you can check some of them out in the image below. 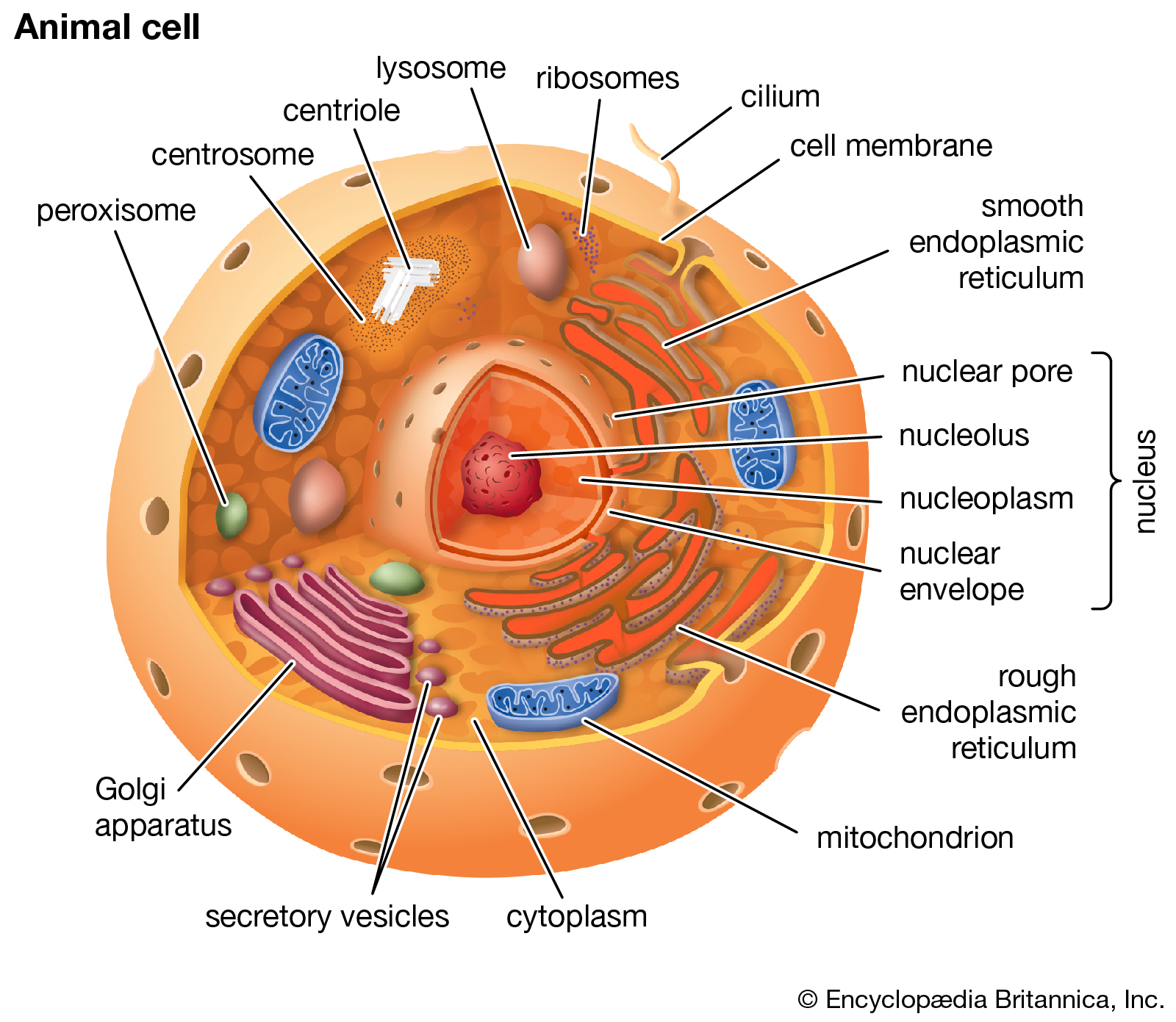 This brings us to the Cell, our fourth level of organization. Similarly to how the atom is the fundamental unit of matter, the cell is the fundamental unit of life. Even though the organelles are the ones that make them up and do all the jobs to keep them functioning, they aren’t technically alive on their own. For example, if you took out the nucleus, it would just be a useless, non-living structure. So the smallest possible living thing you can be is a cell.

We see this in single-celled organisms, like diatoms or yeast. All by itself, their one lone cell controls their movement, reproduction, respiration, nutrition, growth, and pretty much anything else it needs to do, which proves how unlike organelles, just one cell is enough to carry out the basic functions of life.

Our fifth level of organization is Tissues , a collection of cells with similar structure that perform a similar or even the same task. There are four types of tissues in the human body: epithelial, connective, muscle, and nervous.

Epithelial Tissue coats every surface of the body inside and out, providing the services of protection, secretion, absorption, and filtration. Connective Tissues bind your body and organs together on the whole, while Muscle Tissue contracts and expands to allow it to move. Last but not least, Nervous Tissues are the messengers of the body that coordinate and control all of its activities through electrical signals they send to the brain, skin, organs, glands, and muscles.

Our sixth level of organization, Organs, are a collection of tissues that work together to complete a common task. Let’s use the small intestine as an example.

The small intestine is made up of four layers of tissue: the mucosa, submucosa, muscle layer, and adventitia. The mucosa is a type of epithelial tissue, the submucosa and adventitia are connective tissues, and the muscle layer is made of muscle tissue. All of these tissues work together to achieve the common goal of the organ–to extract nutrients and water from whatever food passes through it. 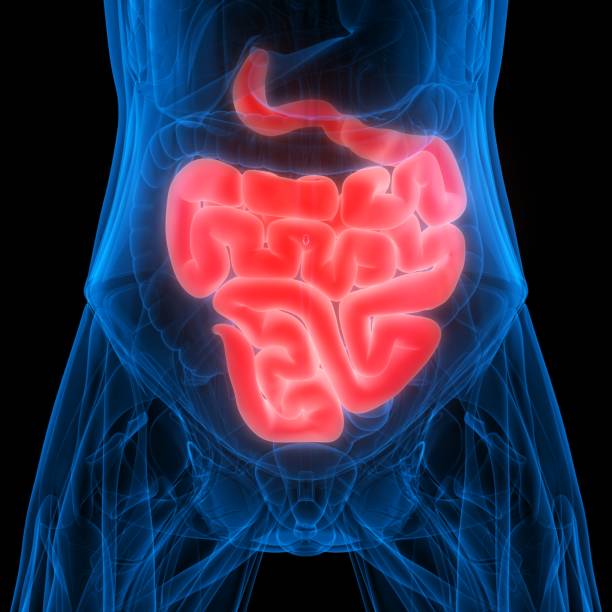 The seventh level of organization is the Organ System, a collection of organs that serve similar functions (you might’ve gotten that from the “organ” part of “organ system”). We just talked about the small intestine, so let’s use that as an example again.

The small intestine is part of the larger digestive system of the body. This system’s purpose is to receive food, absorb its nutrients, and expel the rest as waste. The small intestine does a small piece of this process by absorbing nutrients, but ultimately, that’s just one piece, leaving it as but a cog in the big digestive machine. 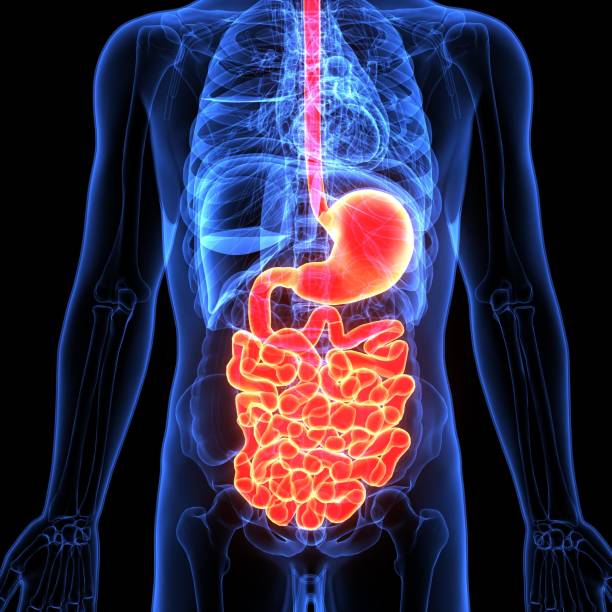 The eighth level of organization includes all individual beings capable of reproduction, growth, mobility, and response to stimuli–in other words, Organisms! Organisms are divided into two broad categories: prokaryotes and eukaryotes.

It may sound pretty simple, but the difference between prokaryotes and eukaryotes gets a lot more complicated the more you dive into it, so if you want to learn more about the intricacies of what makes them different on a cellular level, check out this study guide here.

What’s better than one organism? A bunch of them! Which brings us to the ninth level of organization, Population. Population is defined as the total of all of the same species of organisms living in a particular area. “Particular area” is kind of vague, so let’s think about it in terms of people.

The tenth level of organization is a Community. A community is qualified as a group of two or more different species interacting in a specific area (yet another vague geographic term, thank you biology). A community can be as big and complicated as the entire tundra, or as small and simple as just you and your cat hanging out in your living room. As long as it’s a defined area, and there are multiple species interacting, it’s a community.

The eleventh level of organization is the Ecosystem, which is defined as a collection of organisms in a particular area interacting with their environment. It’s like a community 2.0 where you still have all of the different species living and interacting with one another, but now you also get to include their interactions with the nonliving parts of their environment, like sunlight, temperature, water, oxygen, and nutrients.

Whew, we finally made it to the end! The twelfth level of organization is the Biosphere, a collection of all of the ecosystems on earth. It incorporates all forms of life as well as the elements of the Atmosphere (air), Hydrosphere (water), and Lithosphere (earth), and accounts for all of the relationships between them. Basically, it’s one giant version of an ecosystem, except we finally got away from that whole “particular area” thing. 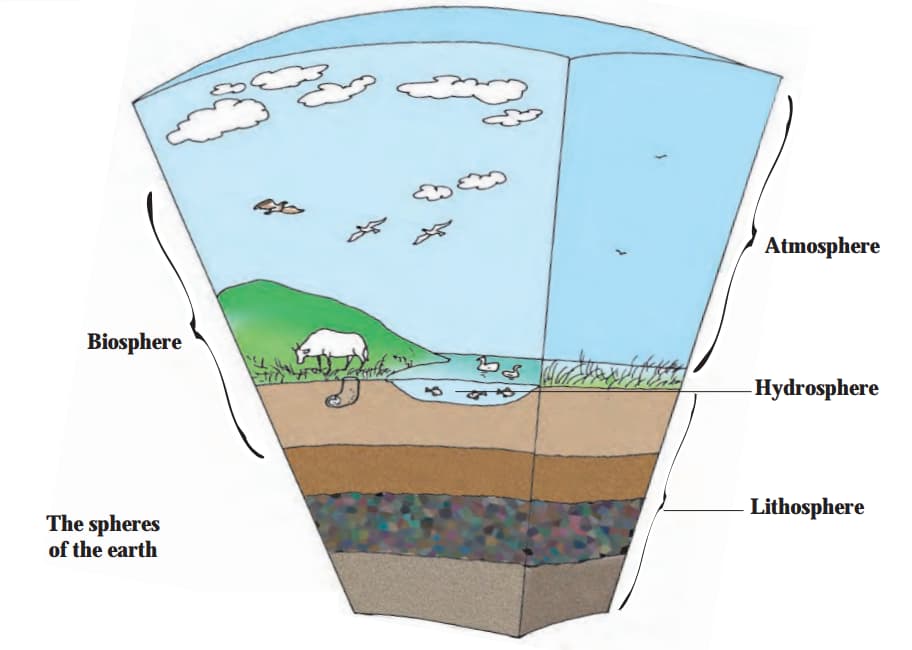 Yay! You made it through! Now the next time anyone asks you what the twelve levels of biological organization are, you’ll know exactly what to say (a question we’re sure you get all the time). At first glance, the concept might have seemed a little complicated, but now that we’ve gone through it, you can see that it’s actually pretty intuitive. It moves from the simplest category to the most complex, and each level makes up part of the next one.

To help you remember, use the mnemonic device “A Meddling Oaf Caught Thirty Obese Octopuses Occupying Prince Charles’s Elderly Body”. (Personally, we like that one a LOT, but if you’re less enthused about the implication that a member of the royal family might be filled with octopuses, feel free to come up with your own.)

1. What is the fundamental unit of matter?

2. What is the fundamental unit of life?

3. What are organs made up of?

4. What’s the difference between a community and an ecosystem?

5. What are the 12 levels of the organization?

6. What is the importance of the organization of life?

There are 8.7 million species of plants and animals in existence alone. When you add the number of other living species, the sheer number of living organisms is simply staggering. Organizing life makes it easier to understand.

7. How many octopuses are occupying Prince Charles’s body?

Thirty (that we know of).

We hope you enjoyed studying this lesson and learned something cool about Living Things - Interdependence, Organization, and Evolution! Join our Discord community to get any questions you may have answered and to engage with other students just like you! Don't forget to download our App to experience our fun, VR classrooms - we promise, it makes studying much more fun! 😎