Carbon is a chemical element that is used in numerous industries. It is one of the main elements in organic compounds. Therefore, the importance of carbon is in its significance for sustaining life.

The most essential compound needed to sustain life is carbon, an astonishing element that exists naturally as carbon-12, which makes up almost 99% of the carbon in the universe; carbon-13, which makes up approximately 1%; and carbon-14, which makes up a minuscule fraction of overall carbon but is highly significant in dating biological materials.

Carbon is derived from the Latin word “carbo,” which means “coal.” It is a chemical element with atomic number 6 and is denoted by the symbol C. It is tetravalent and nonmetallic - that is, it can form covalent chemical bonds with four electrons.

Carbon creates patterns. It can bind to itself, producing long, durable chains known as polymers. Because of its electron configuration, it may also form bonds with up to four additional atoms. Atoms are structured in a nucleus surrounded by an electron cloud, with electrons zinging around at various distances from the nucleus. Chemists think of these distances as shells, and the characteristics of atoms are defined by what is in each shell.

Why is carbon important?

Carbon is a vital element of life since it is the 15th most plentiful element in the earth’s crust and the fourth most abundant element in the universe by mass. Carbon is a principal element due to its availability, remarkable spectrum of organic compounds, and unusual ability to form polymers at typical earth temperatures.

Why is Carbon so abundant in living things when oxygen is the most abundant element on earth?

The reason is carbon’s ability to form stable bonds with many elements, including itself! This property allows carbon to form a huge variety of very large and complex molecules. There are nearly 10 million carbon-based compounds in living things! However, these organic compounds can be grouped into just four major types: carbohydrates, lipids, proteins, and nucleic acids.

Why is carbon the basis for life?

Why is carbon integral in biology?

Use of carbon in the human body

Use of carbon compounds

Carbon compounds are commonly used for a variety of purposes: 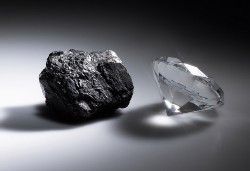 1. What is carbon? Explain its importance.

Carbon is essential for all known biological systems, and without it, life would not exist. Besides food and wood, carbon is accessible in hydrocarbons such as fossil fuel, methane gas, and crude oil. Carbon fibers have a wide range of applications since they are strong, lightweight, and long-lasting.

2. Why is carbon very significant to human life?

Life on earth would not be possible without carbon. Carbon’s ability to form bonds with other atoms gives flexibility to biomolecules, such as DNA and RNA. This is essential for growth and replication, which are the defining characteristics of life in a multi-planetary world. Carbon atoms are special because they may link together to create very long, durable chains with varying diameters of branches or rings and frequently comprise thousands of carbon atoms.

Some of the reasons which make it significant are:

● Carbon in its diamond form is used in jewelry.

● Amorphous carbon is used to make inks and paints.

● Graphite is used as the lead in pencils.

● One of the most important uses is carbon dating.

3. What is the importance of carbon in the environment?

Carbon is found in carbon dioxide, a greenhouse gas that helps to trap heat near the earth. It aids the earth in retaining the energy it gets from the sun, preventing it from escaping back into the space. The oceans on earth would be frozen solid if it weren’t for carbon dioxide.

4. What are the uses of carbon in daily life?

● Carbon in its diamond form is used in jewelry.

● Amorphous carbon is used to make inks and paints.

● Graphite is used as the lead in your pencils.

5. What is the importance of carbon dioxide in the environment?

The most vital gases for living beings are carbon dioxide (CO2) and oxygen (O2). CO2 is essential for plants to survive and is utilized in photosynthesis, during which plants use CO2 and water to convert the sun’s energy into food energy.

We hope you enjoyed studying this lesson and learned something cool about the Significance of Carbon! Join our Discord community to get any questions you may have answered and to engage with other students just like you! Don't forget to download our App to experience our fun, VR classrooms - we promise, it makes studying much more fun!😎