Segments of their bodies are visible, and both are encased in a thick, sturdy shell. They are both Phylum Arthropoda as a consequence of these and other similarities.

The phylum Arthropoda has about nine million species. All the arthropods, whether they are aquatic, terrestrial, or parasitic, have a chitinous exoskeleton and appendages that are jointed. This phylum is one of the most diverse animal groupings on the planet, including multiple large classes, like the largest phylum of the animal kingdom. Aquatic arthropods can survive in any environment.

Have you ever encountered an arthropod? You've almost certainly never seen an ant up close. Is that a moth you're observing?

For every one of the more than a million arthropod species known (and many more still to be found), there are possibly a million more that you have never heard of. Arthropods come in a wide variety of species, and in truth, the animal world has about 5 million distinct species. 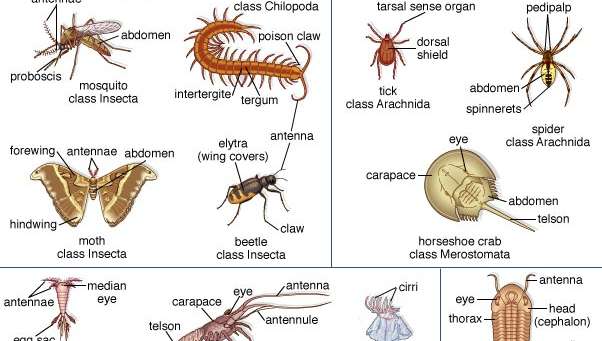 The features of arthropods are:

There are four surviving subphyla within the phylum Arthropoda, which translates as "jointed feet": 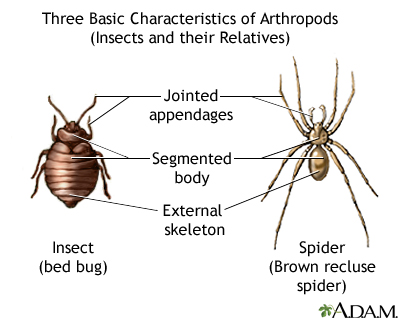 Classifications of the phylum Arthropoda

The phylum Arthropoda is classified as follows:

The Crustacea subphylum is divided into six groups:

The subphylum Myriapoda is divided as follows:

The phylum Hexapoda is divided into two suborders:

The Chelicerata subphylum is classified into the following classes:

There is just one class in the subphylum, which is Trilobita.

1. Give five examples of arthropods.

Some examples of arthropods are - Lobsters, Crabs, Spiders, Centipedes, And Millipedes.

2. What are the five characteristics of arthropods?

3. What are the 3 main body parts that all arthropods have?

4. What are the main features of arthropods?

5. What are the main morphological features of arthropods?

We hope you enjoyed studying this lesson and learned something cool about Arthropods! Join our Discord community to get any questions you may have answered and to engage with other students just like you! Don't forget to download our App to experience our fun, VR classrooms - we promise, it makes studying much more fun! 😎