The biological mechanisms governing the pace and method of gene expression in eukaryotes are gene regulation.

The process of turning a gene on and off as per the cell’s requirements is known as gene regulation.

How is a Gene Regulated? 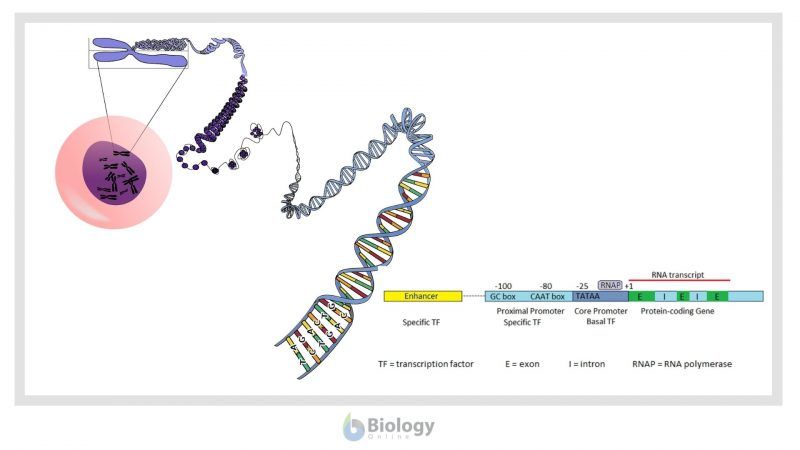 The Complexity of Eukaryotic Gene Regulation

Gene regulation is more complicated in eukaryotes than in prokaryotes. This is because their genomes are bigger and encode more genes. The genome of E. coli, for example, has around 5,000 genes, compared to approximately 25,000 genes in humans.

Many processes are involved in eukaryotic gene expression, and virtually all of them may be controlled. Different genes are regulated at different stages, and it's not unusual for a gene (especially one that's significant or powerful) to be regulated many times.

The structure of chromatin (DNA and the proteins that organize it) can be controlled. A gene with more open or "relaxed" chromatin is more accessible for transcription.

For many genes, transcription is a critical regulatory point. Transcription factor proteins bind to certain DNA regions in or near genes, promoting or inhibiting their transcription into RNA.

Splicing, capping, and adding a poly-A tail to an RNA molecule, as well as egress from the nucleus, may all be controlled. Alternative splicing can produce different mRNAs from the same pre-mRNA.

Check out our transcription simulation to experience RNA processing in VR!

The number of proteins generated from an mRNA molecule depends on how long it spends in the cytosol. MiRNAs, which are small regulatory RNAs, can bind to target mRNAs and cause them to be split up.

Regulators can boost or stifle the translation of an mRNA. For example, MicroRNAs (MiRNAs) can occasionally prevent their target mRNAs from being translated (rather than causing them to be chopped up).

Check out our Translation simulation to learn more about this process!

Proteins can be broken apart or labeled with chemical groups, among other things. These changes may be controlled, and they can impact the protein's activity or behavior. 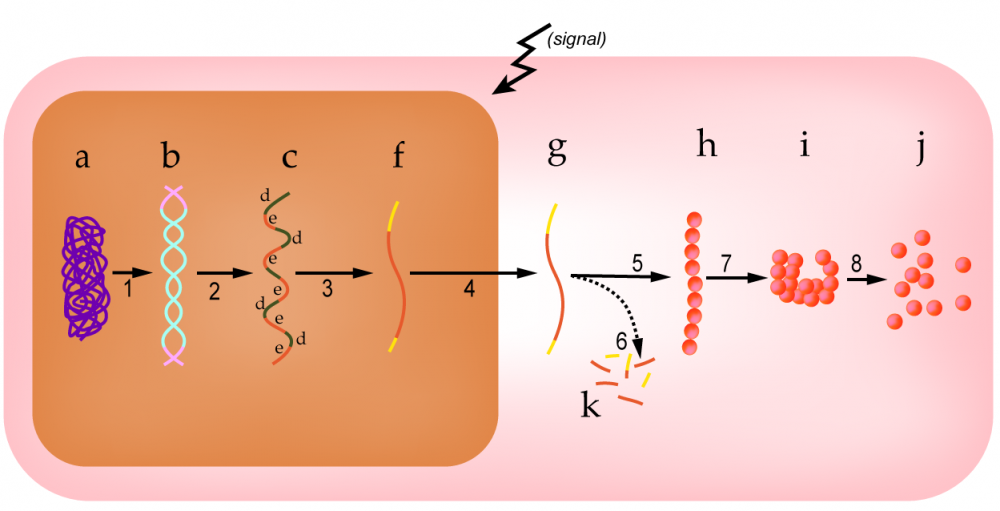 There are two well-known signal transduction mechanisms, both of which entail activating protein phosphorylation processes in the cytoplasm. A transcription factor that binds to regulatory DNA is activated due to the phosphorylation cascade, which turns a gene on or off.

1. What are the steps in eukaryotic gene regulation?

2. What is an example of eukaryotic gene expression?

The TATA box, for example, is named for its core sequence of TATAAA. Most eukaryotic genes include this regulatory region as part of their promoter.

3. What is the purpose of gene regulation in eukaryotes?

The process of turning genes on and off is known as gene regulation. Cells begin to take on distinct tasks throughout early development. Gene regulation ensures the right genes are expressed at the right times. Gene control can also aid an organism's ability to respond to its surroundings.

4. What are the five levels of genetic regulatory control in eukaryotes?

5. What is the eukaryotic gene?

Eukaryotic genes are DNA sections that serve as templates for RNA polymerases to produce RNA.

6. What is the most important level of gene regulation in eukaryotes?

In both prokaryotic and eukaryotic cells, sequence-specific transcription factors are the most significant and varied means of gene control.

7. What is the first level of gene regulation in eukaryotes?

The epigenetic level is the initial level of gene expression regulation in eukaryotic cells. Access to the chromosomal area is controlled by epigenetic processes, which allow genes to be switched on or off.

8. Why are most eukaryotic genes off?

Gene expression is defaulted to "off" in eukaryotes rather than "on" as in prokaryotes. The key is chromatin, which is a cellular nucleus-wide combination of DNA and histone proteins. Histones are among the most evolutionarily conserved proteins; they are essential for eukaryotes' survival and tolerate little alteration. When a gene is tightly bonded with histone, it is said to be "off."

We hope you enjoyed studying this lesson and learned something cool about Eukaryotic Gene Regulation! Join our Discord community to get any questions you may have answered and to engage with other students just like you!Don't forget to download our App to experience our fun, VR classrooms - we promise, it makes studying much more fun!😎