The spermatophytes, also known as phanerogams or phenograms, are seed-producing plants, so the alternate term is seed plants.

Spermatophytes are seed-producing plants. It was a huge event when vascular plants evolved to produce seeds, and it was possibly just as significant as the emergence of vascular tissues in plants! 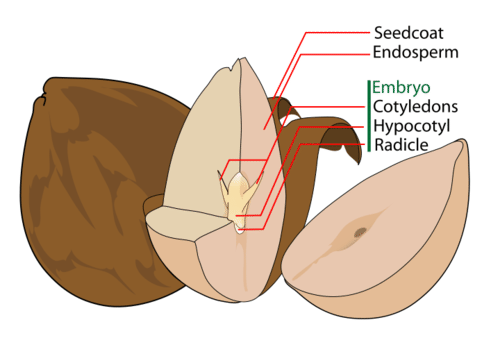 1. What are seed plants?

A group of plants is known as seed plants. The category comprises gymnosperms and angiosperms, and Spermatophytes and phanerogams are other names for them. Seed plants dominate almost all terrestrial habitats.

Gymnosperms and angiosperms are 2 basic types of seed plants.

3. What is a seed in agriculture?

A basic ingredient in agriculture is the seed. A seed is, strictly speaking, an embryo, a live creature implanted in the supporting or food-storage tissue. The value of biological existence is given to seed, but the importance of sustaining tissue and economic production is given to grain.

4. Give some examples of seeds.

5. Why are seed plants important?

Seed plants are grown for their aesthetics and aromas and their role in the creation of medications. Plants are also an important part of many people's diets worldwide. Many cultures consume nearly entirely vegetarian food and rely only on seed plants to meet their nutritional requirements.

6. How are seeds produced?

Plants produce flowers to generate seeds. A flower must be pollinated to produce seed. Pollen from one flower's male portion goes to another flower's female section, where seeds are produced. The male and female components of most plants, but not all, are contained within a single bloom.

We hope you enjoyed studying this lesson and learned something cool about Seed Plants! Join our Discord community to get any questions you may have answered and to engage with other students just like you! Don't forget to download our App to experience our fun, VR classrooms - we promise, it makes studying much more fun! 😎