Based on the evolutionary data available, it is evident that the first living organisms found on earth were unicellular microorganisms. These unicellular organisms have evolved with time and show a striking resemblance to the current bacteria structure. Bacteria are often associated with several diseases, but, there exist certain good bacteria as well. This study guide mainly discusses the structure of bacteria and also its classifications based on certain governing factors.

Bacteria are prokaryotes and unicellular organisms that lack certain cell organelles compared to their eukaryotic counterparts (check out the diagram of a bacterial vs plant cell below).

Prokaryotic cells refer to primitive cells that lack a proper nucleus and other cell organelles than the modern-day cells. Therefore, the cellular structure of bacteria is simpler than other organisms. Like other prokaryotic cells, bacteria cells are also smaller and usually of various types (helical, spheroid, rod, etc.). 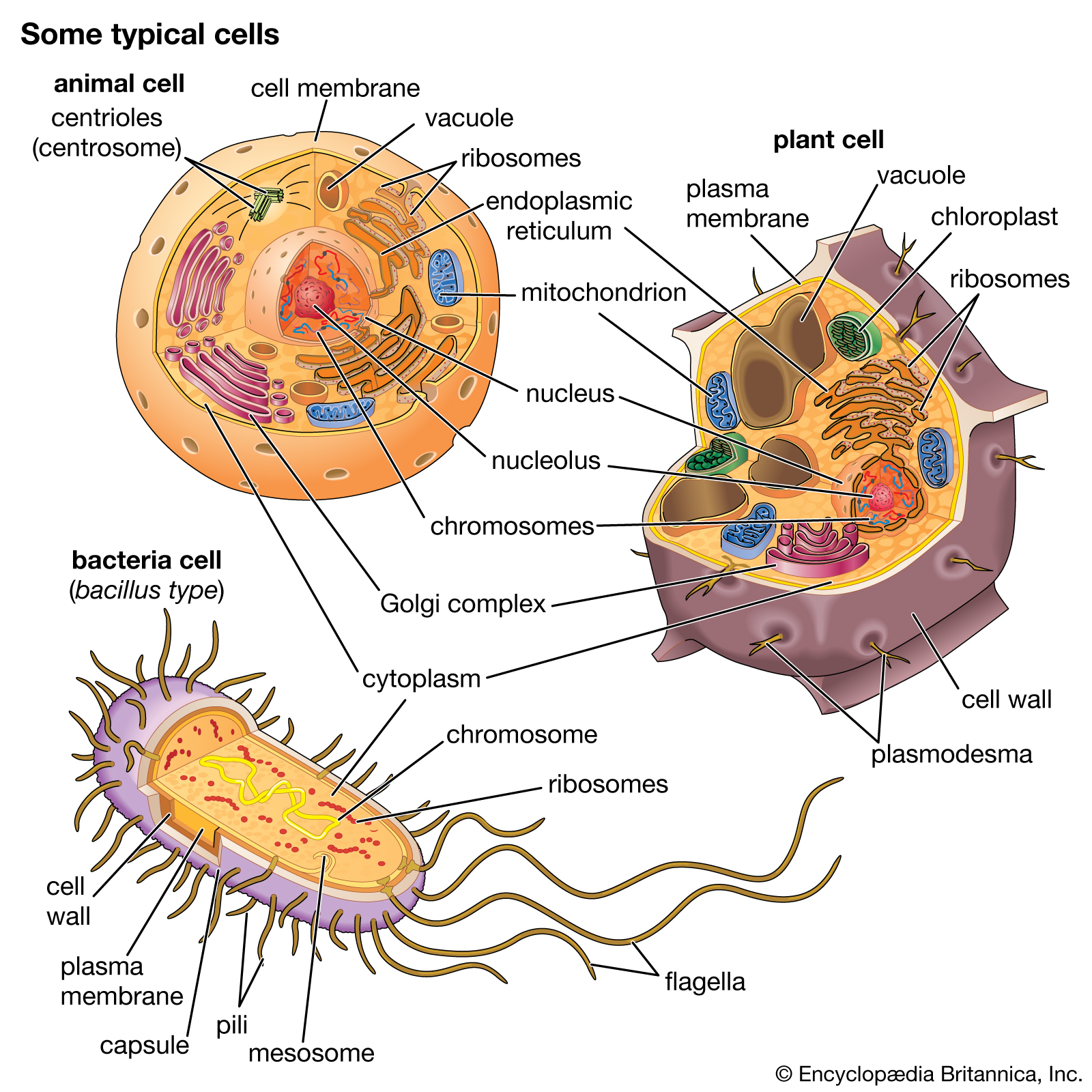 Capsule One of the main characteristic features of bacteria is the presence of a polysaccharide outer covering outside of the cell wall. This capsule often plays an important role in preventing bacterial cells from phagocytosis.

Cell wall Underneath the capsule lies a peptidoglycan cell wall that offers a definite structure and shape to a bacterial cell. The polysaccharide units present in the cell wall are crisscrossed, with peptide bonds acting as bridges. This peptidoglycan arrangement is often used for antimicrobial study and production.

Nuclear material (DNA) Bacterial cells contain only DNA, which helps propagate new generations. However, unlike in eukaryotic cells, DNA is not enclosed within the special structure, the nucleus or nuclear membrane.

Flagella Flagella are elongated structures that are used for locomotion. The number of flagella varies in number and also in their location.

Bacterial cells are widely classified into different groups based on different features such as shape, mode of respiration, gram stain sensitivity, and mode of nutrition. Details of this bacterial classification are provided below. 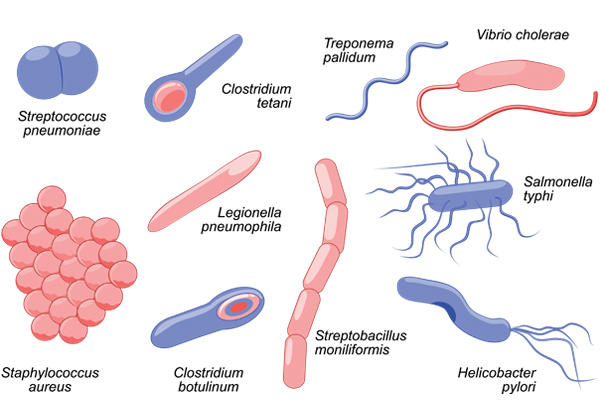 Rod-shaped: Just like the name, bacteria with elongated cell structures in the shape of a rod fall under this category. The bacteria under this category are commonly called bacilli. Examples include Lactobacillus sp., Mycobacterium tuberculosis, etc.

Cocci or spherical shaped: Another group of bacteria based on morphology is the cocci group or spheroid-shaped bacteria. For example, Staphylococcus sp., etc.

Spirilla or spiral-shaped: Bacteria with spiral morphology fall under this group. The common term used to describe this group is spirilla. For example, Leptospira sp., Treponema sp., etc.

Vibrio or comma-shaped: Bacteria resembling a comma (,) shape fall under this category, and the group is also sometimes known as vibrio. For example, Vibrio cholera, etc.

Based on mode of respiration

Based on gram stain sensitivity

In 1884, biologist H. C. Gram proposed this widely used mode of bacterial classification. Gram devised a special stain based on the particular cell wall and peptidoglycan arrangements that shows specific reactions for different bacteria. Classes of bacteria that show positive gram stain are gram-positive bacteria, while those showing no stain are gram-negative bacteria.

Gram-positive bacteria: Bacteria that show positive results on coming in contact with gram stain belong to this category. Both rod and cocci-shaped bacteria elicit gram-positive results. Examples: Bacillus, Clostridium, Staphylococcus, etc. These bacteria have large peptidoglycan structures. They are capable of spores' formation that facilitate colonization.

Gram-negative bacteria: These bacteria show no result on coming in contact with gram stain. Such bacteria have comparatively smaller peptidoglycan structures with an additional cytoplasmic membrane on the outside, and this membrane facilitates transport mechanism across the bacterial body with the external environment. Examples: E. coli, Salmonella, Shigella, etc. 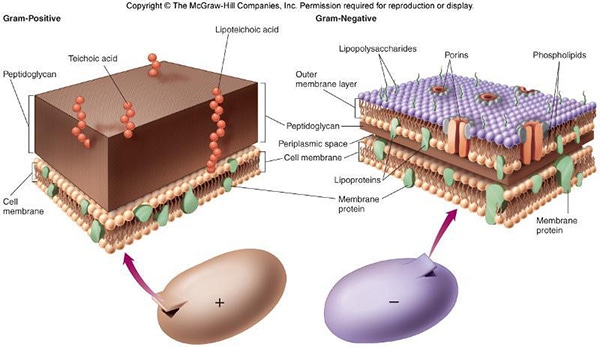 1. What is bacteria and what are the four structures of bacteria?

Bacteria are unicellular microorganisms that generally resemble primitive cell structures. Based on the shape, bacteria are classified into four structures. They are bacilli, cocci, spirilla, and vibrio.

2. What are the 3 classifications of bacteria?

Bacteria are usually classified based on shape, sensitivity to gram stain, and their mode of respiration.

3. What are the 5 characteristics of bacteria?

4. Why do we classify bacteria?

Microbiologists classify bacteria to differentiate one organism from another, and this also helps to identify harmful bacteria from the good ones.

We hope you enjoyed studying this lesson and learned something cool about Bacteria - Structure and classification! Join our Discord community to get any questions you may have answered and to engage with other students just like you! Don't forget to download our App to experience our fun, VR classrooms - we promise, it makes studying much more fun! 😎