A virus cannot replicate its own and its host cell's protein synthesis pathways to reproduce.

As a virus is an intracellular pathogen, it cannot replicate without any metabolism and machinery of a host cell. Hence a virus must first invade a cell before viral replication can occur.

A virus will multiply only in living cells and organisms. The host cell provides energy, synthetic machinery, and low-weight molecules for protein synthesis and nucleic acid. 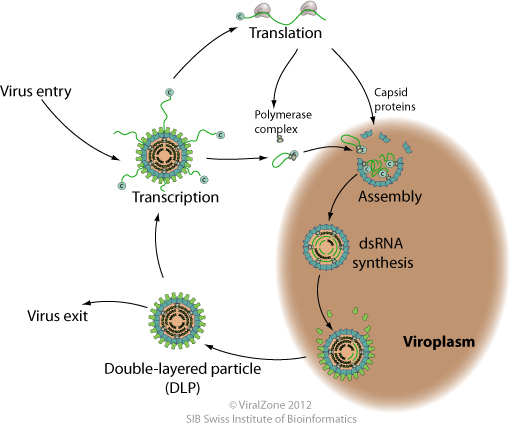 Seven basic stages are essential for viral replication. They are: 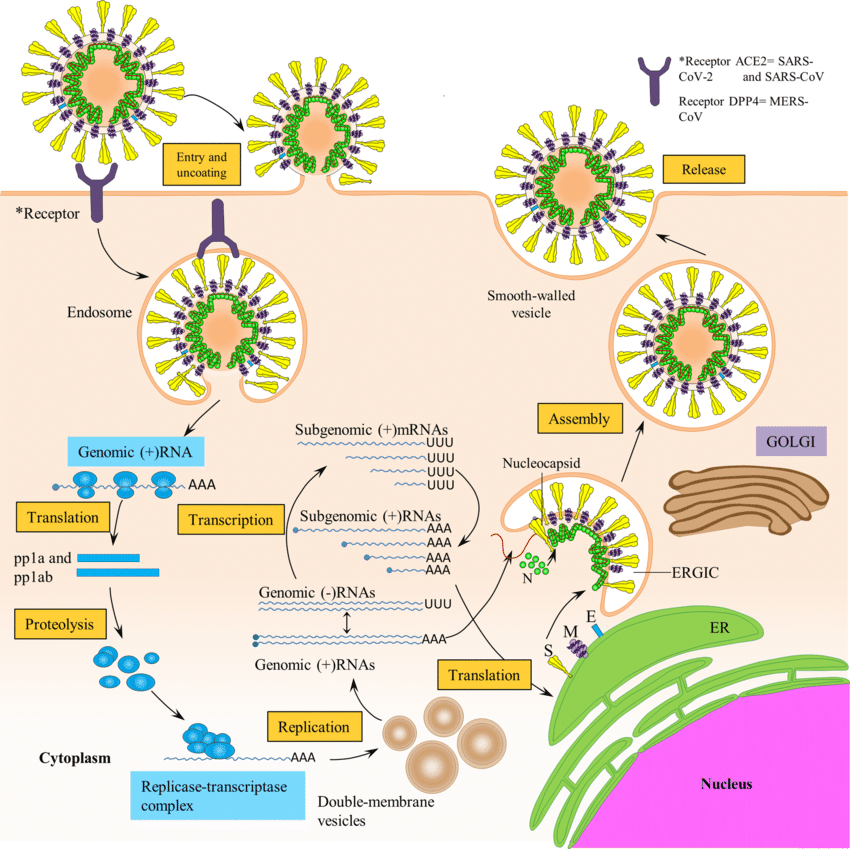 Reproduction and multiplication of a virus in short:

The reproductive cycle of a virus is also called the Lytic Cycle. All viruses follow the same basic steps:

1. What are the steps in viral replication?

The steps in viral replication are Attachment, Penetration, Uncoating, Replication, Synthesis of viral components, Assembly of virions, and release of virions.

2. What are the two types of replication in viruses?

The two types of viral replications are the Lytic cycle and the lysogenic cycle. Viruses attach themselves to the host cells and inject their DNA into the lytic cycle. Using the host cell's metabolism, the viral DNA replicates and forms proteins. Then, fully formed viruses assemble, and these viruses break and the cells spread to other cells to continue the cycles. Although the virus attaches itself to the host cell and injects its DNA into the lysogenic cycle, the difference is that the viral DNA will get incorporated into the host DNA and host cells. Hence, each time the viral cell undergoes replication, the viruses' DNA will also undergo replication, thus spreading the genetic information throughout the host cell.

3. What is the viral replication cycle called?

The reproductive cycle of a virus is also called the Lytic Cycle.

4. How long does a virus last?

This depends on the type and function of a particular virus and also the place it acts on. It can last from a few hours to several days. The amount of virus, the temperature, surface of action of the virus, and humidity of the environment determine how long a virus will last.

5. How do RNA viruses replicate?

We hope you enjoyed studying this lesson and learned something cool about Viral Replication! Join our Discord community to get any questions you may have answered and to engage with other students just like you! Don't forget to download our App to experience our fun, VR classrooms - we promise, it makes studying much more fun! 😎