Reproduction of birds is a key process through which birds create new individuals, perpetuate the species, and transmit their genes. Birds' reproduction is not similar to other animals in a lot of aspects. Their anatomy itself is different where most males do not have external genital organs, and females reproduce with just a single ovary (usually the left ovary). The other aspects of aves reproduction include an increase in the size of sexual organs, hormone production, and other ethological parts like how birds mate, territorial behavior, and their exhibition of pairs.

Do Birds Reproduce Sexually or Asexually?

Are birds asexual? Asexual reproduction is not yet known in avian species, but a single bird can become reproductively active and lay an unfertilized egg in its lifetime as a captive. Birds reproducing an offspring starts by laying eggs. 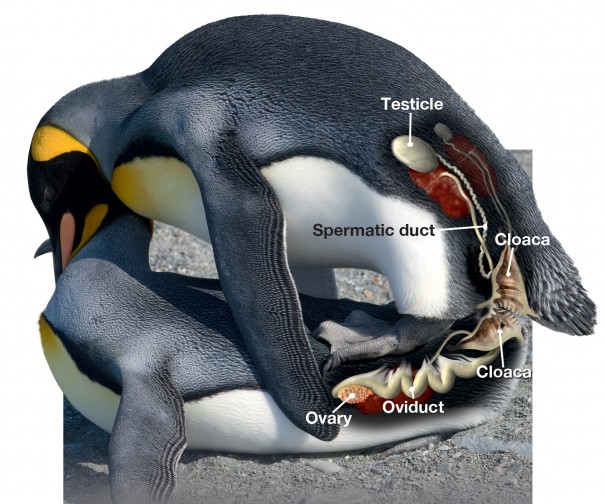 The courtship period in birds can last much longer than actual copulation. Birds try to charm their partner in many ways and signals, visual and auditory. In the courtship period, the male bird tries to showcase his strength and health to female birds to convince them that they are the best mate.

The courtship period can have many stages, which begin with claiming territory to wooing a prospective mate. Some of the signals and acts performed by birds to woo a partner are: 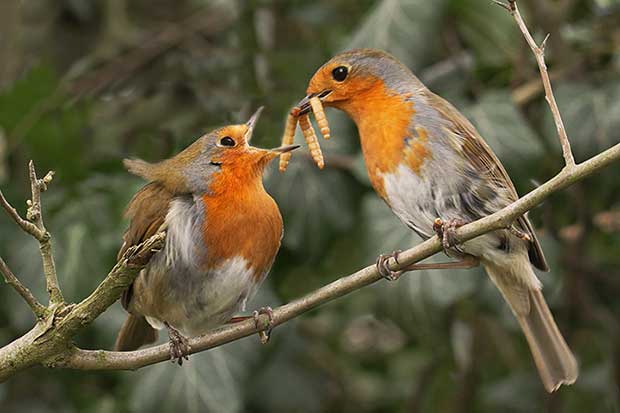 Once birds form pairs, most of the species establish a territory where the bird defends against other species. The territory is chosen to protect from predators and with sufficient food resources. The birds build their nest and raise their young in this territory.

1. How do birds reproduce sexually?

During mating, the male bird goes on top of the female, facing the same direction. They have an entrance called cloaca which they rub against each other. From the cloaca, the male sperm passes onto the female ova, where it is fertilized. After fertilization, the egg comes out of the female cloaca.

2. Do birds have penises?

Most male birds do not possess a penis apart from some waterfowl like swans, ducks, ostriches, and geese. The embryo does develop a penis, but it disappears once the egg hatches. The gene called Bmp4 is responsible for the missing penises in birds. Due to this gene, the cells at the tip of the penises of birds die faster than they grow back.

3. How often does a bird reproduce?

In general, birds nest once a year but certain species such as American Robin can nest four or five times in a single breeding season.

4. How long is a bird pregnant before laying eggs?

The incubation period in birds varies hugely from species to species. The egg may be laid within a few days or take several months before eggs are ready to be laid.

No matter how clean their nests are, most birds do not reuse their nests. A bird builds a new nest for each clutch in a new location, and building a new nest reduces parasites and lice that lay eggs in the nest materials.

Apart from domesticated chickens and other pet birds, none of the wild birds lay unfertilized eggs. The eggs laid by domesticated birds are infertile and do not hatch.

7. How long is the mating season for birds?

Most of the residential species of birds start mating in spring so that the breeding season falls between mid-June and September. They prefer this period for breeding so that their young ones are not exposed to too hot or cold climates.

We hope you enjoyed studying this lesson and learned something cool about the Bird- Reproduction! Join our Discord community to get any questions you may have answered and to engage with other students just like you! Don't forget to download our App and check out our awesome VR room for this guide - we promise it makes studying much more fun.