There are three classes in the superclass Pisces as follows: Placodermi, Chondrichthyes, and Osteichthyes. 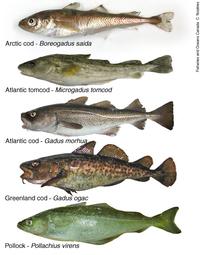 There are three classes in the superclass Pisces.

1. What are the 5 classifications of fish?

2. What are the 7 levels of classification for a fish?

The 7 levels are kingdom, phylum, class, order, family, genus, and species, where the kingdom is the largest and most general. In contrast, species is the smallest category with the most common traits.

3. How are fish species classified?

4. What class is an angelfish?

Angelfish belong to the class of Ray-finned fishes.

5. Why do fish have 2 colorations?

Three color pigments, predominantly housed within chromatophores cells, are responsible for a fish's coloration. The fish has a matt white color if the iridocytes are in the lower layers of the skin. Iridocytes can mix with chromatophores to generate reflecting colors in some instances.

6. What is the domain of fish?

Because it has membrane-bound organelles and, most crucially, a nucleus, it belongs to the Eukarya domain.

7. What is class Pisces?

We hope you enjoyed studying this lesson and learned something cool about Fish Classification! Join our Discord community to get any questions you may have answered and to engage with other students just like you! Don't forget to download our App to experience our fun, VR classrooms - we promise, it makes studying much more fun!😎