Modern mammals are defined as warm-blooded animals that possess a vertebrate system, hair, or fur, give birth to young ones, and females nourish the young offspring with secreted milk.

The Late Triassic age was when the mammals arose approximately 200 million years ago. The earliest known mammals were called morganucodontids — tiny creatures that lived amongst the dinosaurs. There were many other mammals around at that time, but these mammals were the only ones who managed to survive and prosper.

Mammals evolved from the subclass Synapsida of the reptilian order Therapsida. The therapsids were also called mammal-like reptiles. 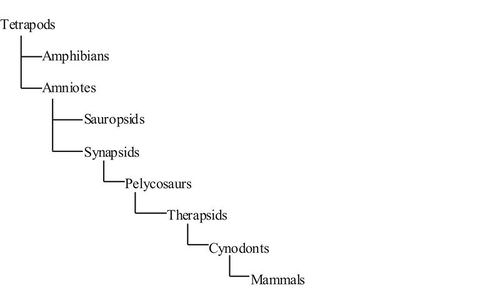 Amniotes were the first vertebrate organisms who were completely terrestrial as their eggs possessed internal membranes, which enabled the developing embryo to take in oxygen while being in the water. Thus, they could lay their eggs on dry land.

The amniotes further evolved into:

(i) Sauropsids — from which dinosaurs, birds, crocodiles, snakes, and turtles descended

(ii) Synapsids — from which came the mammals

There was a catastrophic extinction of about seventy percent of the terrestrial vertebrate animals about 252 million years ago, including several plant species. This affected the food chains in different ecosystems around the world. The establishment of newer ecosystems and their stabilization took over 30 million years. 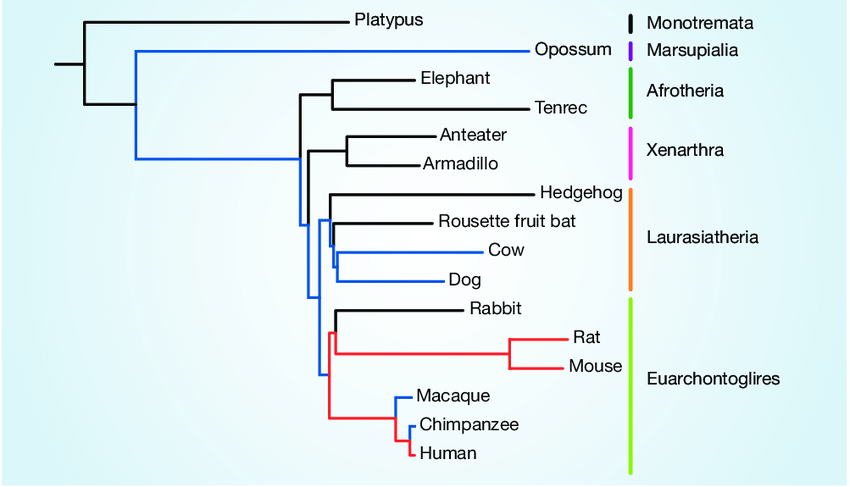 From the catastrophic extinction, two groups were formed:

→ The tritylodonts, that were primarily herbivores

1. What are the ancestors of mammals?

Amniotes or synapsids were known to be the ancestors of mammals.

2. Do all mammals have a common ancestor?

Yes, all mammals are known to have evolved from the synapsids.

3. From what mammals did humans originally evolve from?

Humans have evolved from the great apes.

4. When did the evolution of mammals begin?

The evolution of mammals began 178 million years ago.

5. Do mammals and reptiles have a common ancestor?

Yes, mammals and reptiles have a common ancestor.

6. How did mammals develop?

7. Did mammals evolve from amphibians?

No, mammals evolved from reptiles.

Mammals are successful. They can survive in various habitats as they are warm-blooded, possess large brains, adapt to any condition, and have teeth, which can adjust to different diets.

9. Did mammals evolve from birds?

No, mammals did not evolve from birds. They evolved from reptiles known as synapsids.

10. Why did mammals become dominant on Earth?

An asteroid attack occurred about 66 million years ago, which destroyed all the dinosaurs and other animals. Mammals managed to survive and adapt to various types of habitats.

We hope you enjoyed studying this lesson and learned something cool about Mammals - Ancestors and Evolution! Join our Discord community to get any questions you may have answered and to engage with other students just like you! Don't forget to download our App to experience our fun, VR classrooms - we promise, it makes studying much more fun! 😎