Electrons are a part of the building blocks of matter called atoms. This study guide attempts to simplify the concept of the particles that constitute the negative charge in an atom.

The atom is the smallest unit of matter that occupies space and has mass. Its structure consists of a dense nucleus surrounded by one or more negatively charged particles called electrons. The nucleus, found at the center of the atom, is composed of particles called protons and neutrons. Protons are positively charged and neutrons have no charge, rendering the overall charge of the nucleus positive. Electrons are generally found within a series of shells called orbitals that surround the nucleus. They’re the large determinate Let’s talk about them in more detail. 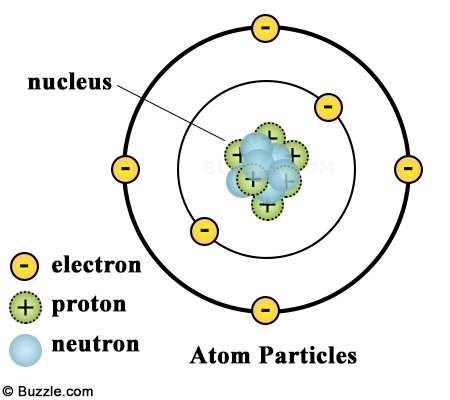 An atom is neutrally charged because it contains an equal number of protons and electrons, the opposing charges of which cancel one another out. A unit of electric charge measures up to 1.602176634 × 10⁻¹⁹ coulombs, which is equivalent to the charge of a single electron. When compared to the mass of a proton or neutron, the mass of an electron is practically negligible, weighing in at an infinitesimally small 9.1093837015 × 10⁻³¹ kg. The mass of an electron is so slight, in fact, that it is not considered while calculating the mass of an atom.

WHAT ARE CATIONS AND ANIONS?

HOW DO ELECTRONS ASSIST IN THE FORMATION OF BONDS?

Electrons that are situated in concentric shells around the nucleus are closer to the nucleus and are held tightly due to the attractive force of the nucleus, while the ones away from it are quite loosely attached. They are responsible for creating bonds between different atoms. Electrons can assist in the formation of two types of chemical bonds, electrovalent and covalent bonds.

1. What is the mass and charge of an electron?

2. How does an atom become charged?

3. Where is an electron?

4. Why do electrons repel each other?

Since like charge, repels, and all electrons are negatively charged, they are constantly repulsed from each other. But, the attractive force of the nucleus holds them together in an atom.

We hope you enjoyed studying this lesson and learned something cool about Electrons! Join our Discord community to get any questions you may have answered and to engage with other students just like you! Don't forget to download our App to experience our fun VR classrooms - we promise it makes studying much more fun! 😎