A co-ordinate bond is an alternative covalent link produced when an electron pair from a single atom is shared.

Football is a team sport. Imagine what will happen if a player doesn’t pass the ball to any other player on the team. The strength of a team resides in how well its players can cooperate and coordinate with one another. No matter how good an individual player is, the team's stability depends on how well the ball is coordinated between different players. A similar case is with coordination bonds. To achieve stability in a molecule, some atoms share their lone pair of electrons with some other element.

WHAT IS A COORDINATE BOND?

A co-ordinate bond is an alternative covalent link produced when an electron pair from a single atom is shared. The very same atom provides both shared electrons. It's also known as a dative bond. Coordinate covalent bonds are commonly produced in interactions involving two non-metals, such as hydrogen atoms, or when metal ions and ligands create bonds.

The electron pair of the nitrogen atom in ammonia is donated to the vacant orbital of the H+ ion, making nitrogen the donor and H+ the acceptor, and a co-ordinate bond is created.

In water, an oxygen atom gives one electron pair to the empty orbital of the H+ ion, forming a dative connection. The donor atom is oxygen, while the acceptor atom is H+. 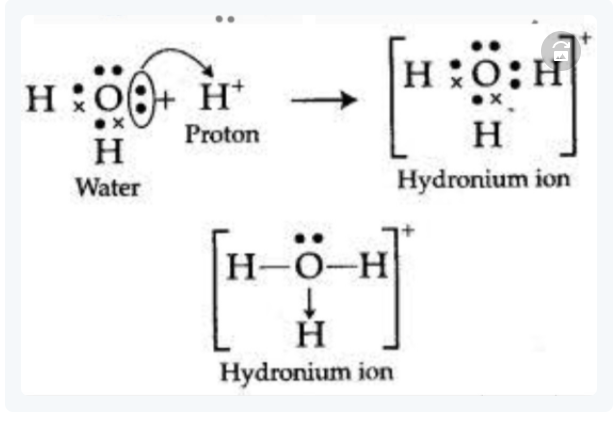 1. How many bonds are in carbon monoxide?

We hope you enjoyed studying this lesson and learned something cool about Coordinate Covalent Bond! Join our Discord community to get any questions you may have answered and to engage with other students just like you! Don't forget to download our App to experience our fun, VR classrooms - we promise, it makes studying much more fun! 😎