Only one p orbital coincides with the s orbital in sp hybridization.

We all love a delicious piece of cake 🍰 every now and then, but do you know how we bake a cake? Starting with all the ingredients, we mix them in the required proportions, and then we bake the batter in the oven for a given period. And the result? A mouth-wateringly delicious cake 😋!

In some ways or the other, hybridization is like baking a cake. We start with all the atomic orbitals we require, and the result is a hybrid orbital that will take place in bonding. Let's look at a few examples of these hybridized orbitals. 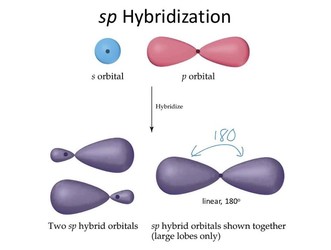 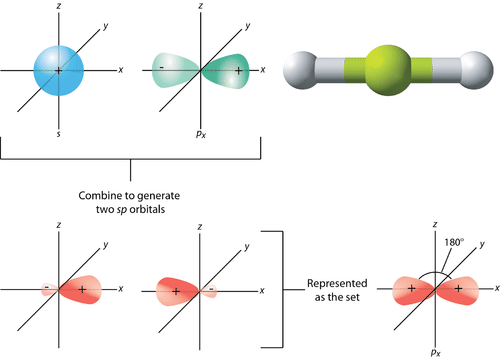 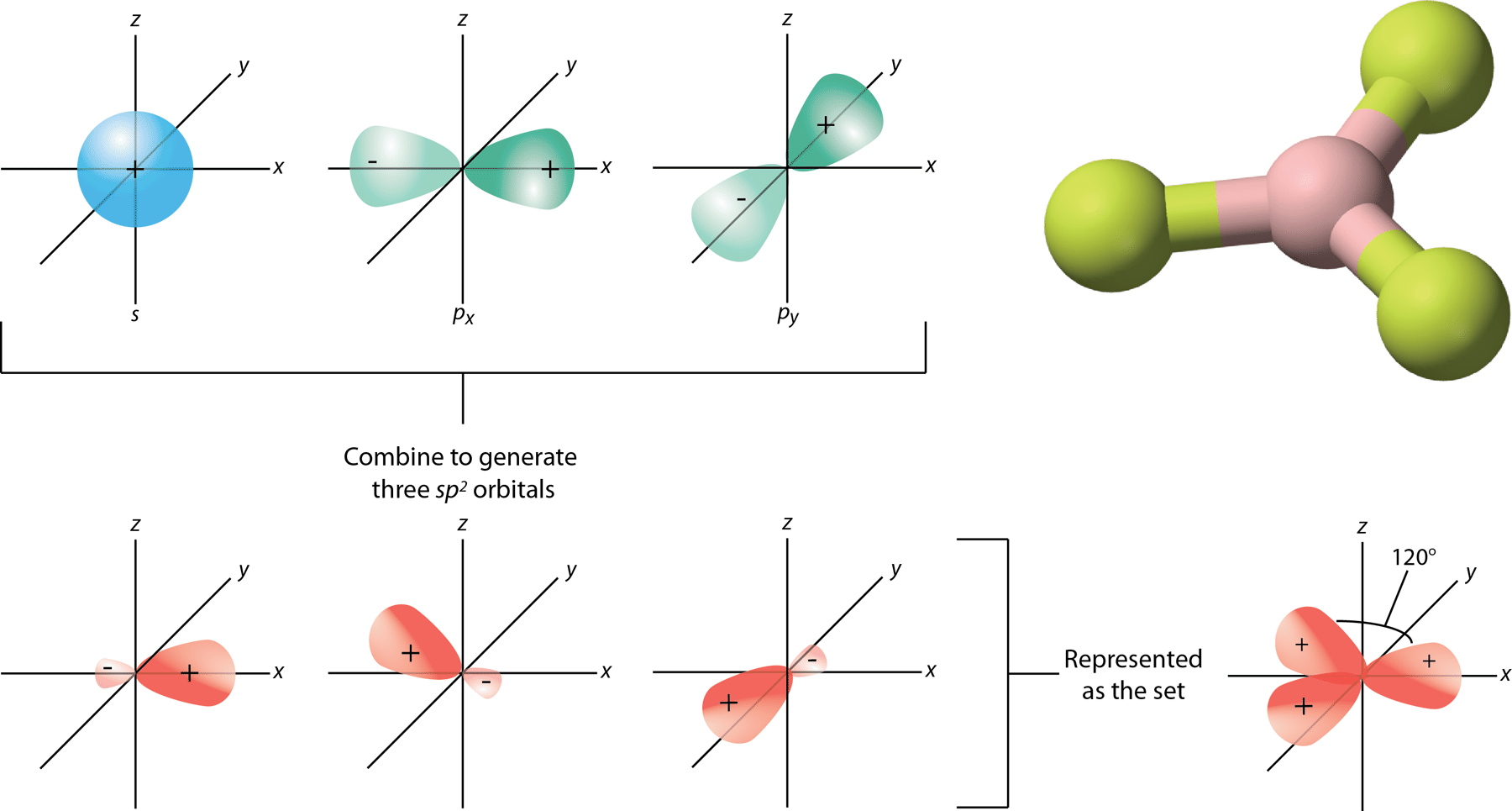 A planar triangle form is seen in structures where the center atom is connected to three other atoms and is sp² hybridized.

1. How many orbitals are in sp?

The sp set consists of two similar orbitals that are 180 degrees apart. The two electrons previously in the s orbital have been dispersed to the two half-filled sp orbitals.

3. What is the shape of sp orbitals?

The word sp-hybridization refers to the mixing of one s- and one p-orbital. The Be atom, for instance, undergoes sp-hybridization in BeF₂. It has a linear shape, and the bond angle is 180 degrees.

We hope you enjoyed studying this lesson and learned something cool about hybrid orbitals - sp and sp²! Join our Discord community to get any questions you may have answered and to engage with other students just like you! Don't forget to download our App to experience our fun VR classrooms - we promise it makes studying much more fun! 😎