Quantum physics definition states that quantum mechanics is a branch of study concerned with the behavior of matter and light on the atomic and subatomic scales. It seeks to describe and account for the characteristics of molecules and atoms, as well as their constituents—electrons, protons, neutrons, and more exotic particles like quarks and gluons.

These features include particle interactions with one another as well as interactions with electromagnetic radiation (i.e., light, X-rays, and gamma rays). A quantum system's mathematical description is normally in the form of a "wavefunction," which is represented in equations by the Greek letter psi: Ψ. 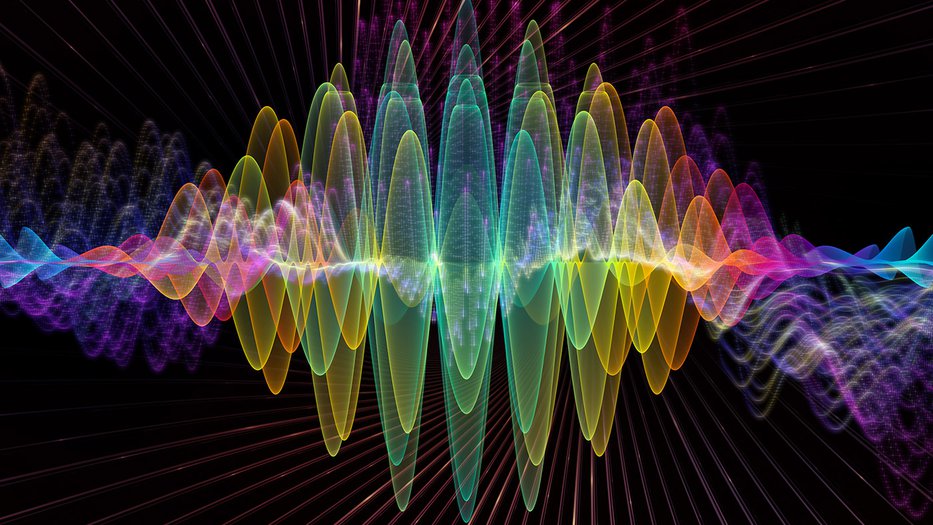 On a fundamental level, both radiation and matter have particle and wave properties. Scientists gradually realized that radiation has particle-like qualities and matter has wavelike properties, which fueled the development of quantum mechanics. Most 18th-century physicists, influenced by Newton, thought that light was made up of particles known as corpuscles.

Around 1800, evidence for a wave explanation of light began to mount. Around this time, Thomas Young demonstrated that passing monochromatic light through a pair of slits causes the two emerging beams to interact, resulting in a fringe pattern of alternately brilliant and dark bands on a screen. A wave theory of light may easily explain the bands. This is a brief history behind the development of quantum theory. 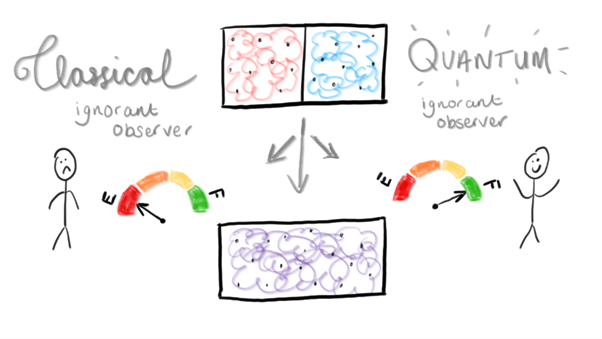 Max Planck, a German theoretical physicist, made a daring proposition in 1900. He considered that radiation energy is released in discrete packets called quanta rather than constantly. The quantum's energy E is linked to its frequency v by the equation E = hv. The number h, now known as Planck's constant, is a universal constant with a value of about 6.62607 x 10⁻³⁴ joule second. Planck demonstrated that the estimated energy spectrum coincided with the observed spectrum throughout the full wavelength range.

In simpler terms, quantum mechanics is a basic theory of physics that describes the physical aspects of nature. According to quantum mechanics, the motion of subatomic and atomic particles is the bedrock upon which all quantum physics is built, including quantum chemistry, quantum field theory, quantum technology, and quantum information science.

2. What are the four quantum numbers?

Quantum numbers are the collection of numbers used to characterize the location and energy of an electron in an atom. There are four types of quantum numbers: primary, azimuthal, magnetic, and spin.

3. What is quantum mechanics used for?

Applications of quantum mechanics include describing natural occurrences and designing technology that relies on quantum effects, such as integrated circuits and lasers. Quantum mechanics is also vital for understanding how individual atoms are linked together by covalent bonds to create molecules.

Although very often considered to be the hardest branch of physics, surprisingly, the formalism of quantum mechanics isn't any more complicated than that of other branches of physics. The mathematics of "standard" quantum mechanics is no worse than that of, say, electromagnetism. However, for many individuals, particularly non-physicists, understanding quantum physics is a daunting task.

We hope you enjoyed studying this lesson and learned something cool about Quantum Mechanics! Join our Discord community to get any questions you may have answered and to engage with other students just like you! Don't forget to download our App to experience our fun VR classrooms - we promise, it makes studying much more fun! 😎